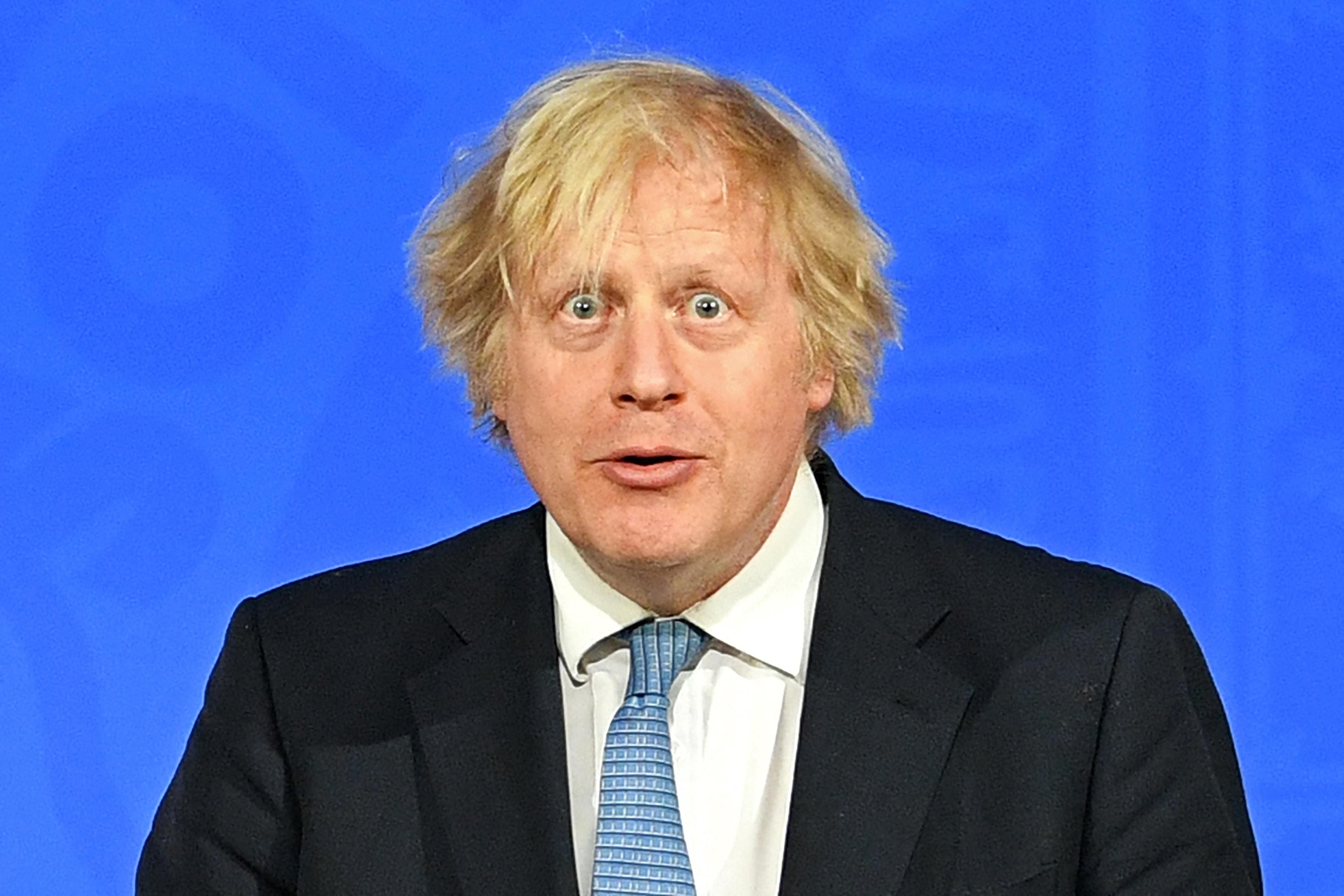 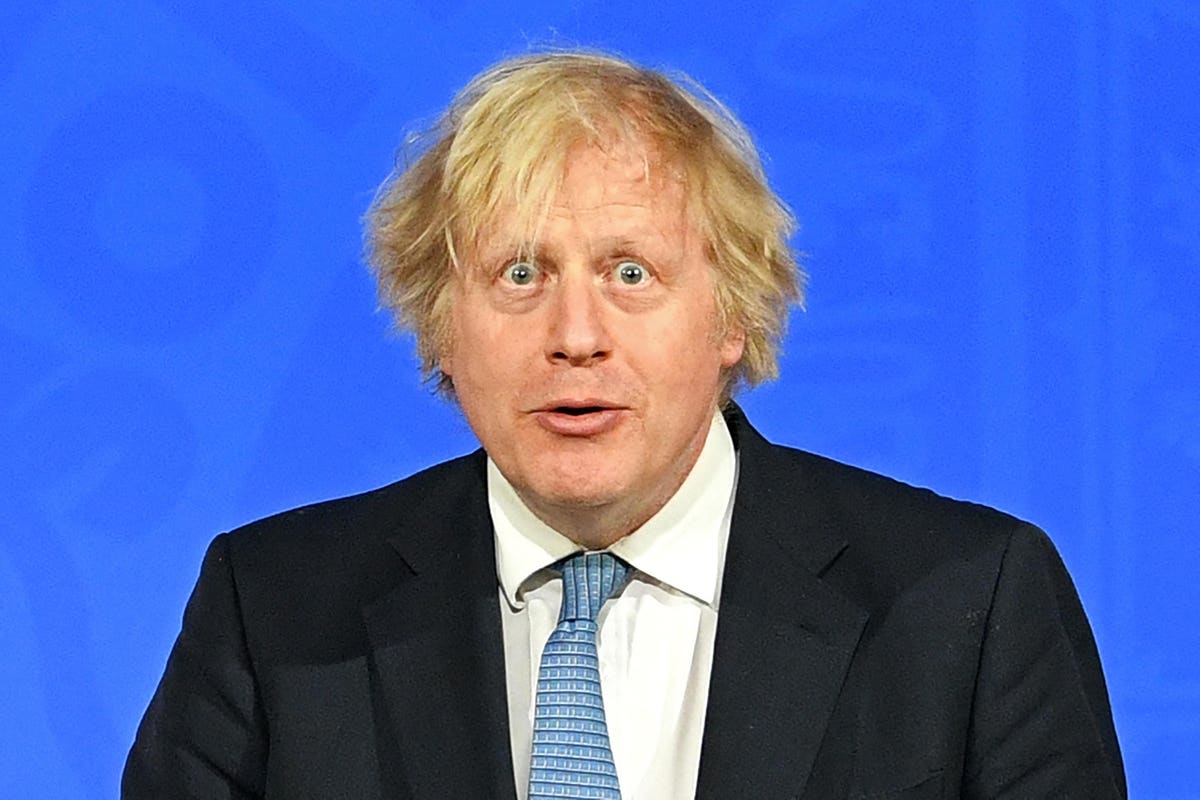 The hashtag #JohnsonVariant is trending on Twitter. And it has little to do with Johnson & Johnson or anything that you may consider to be your Johnson unless you happen to be in the United Kingdom (U.K.) Instead, the hashtag is associated with the U.K.’s Prime Minister Boris Johnson.

This new hashtag didn’t just arise willy nilly. No, it seems to have resulted from two recent developments in the U.K. One development is that the more contagious Delta variant of the severe acute respiratory syndrome coronavirus 2 (SARS-CoV2) has been spreading in the U.K. For example, this tweet appears to use the Johnson variant to refer to the Delta variant:

The other development is that despite the recent surge in Covid-19 cases, Johnson and his administration plan to remove most remaining Covid-19 precautions in England on July 19. As Alex Kleiderman and George Bowden have reported for the BBC, the big changes will be making face mask use completely voluntary and eliminating the “one meter plus” social distancing guidelines.

The “one meter plus” rule introduced by Johnson in June 2020 isn’t a size issue. Rather it is the amount of distance that British residents have had to stay from each other in public, even though the World Health Organization (WHO) has recommended a longer two-meter length. Nonetheless, Johnson plans on ditching such restrictions on July 19, which has led some to dub this coming day “Freedom Day.”

However, would doing away with such precautions be turning the right knob at this moment? There are concerns that all of this will be “premature relaxation” on the part of Johnson. In fact, a number of scientists and public health experts have essentially been saying, “relax, don’t do it,” in the words of Frankie Goes to Hollywood.

The issue is, come July 19, who will really be getting the freedom: the British people or the Covid-19 coronavirus? Will this actually be a “Freedom to Catch Covid Day,” as Lucy Mangan wrote for The Guardian? Or a “Freedom to Create More and Different Variants Day? According to Linda Geddes reporting for The Guardian, government scientific advisers have been warning that lifting precautions could lead to new “variant factories.”

That’s because the likelihood of new variants arising increases the more opportunities you give the current viruses to reproduce. The Covid-19 coronavirus can be like that drunk man or woman who wants to use the office photocopying machine to make many copies of his or her bum. Mistakes can occur during the copying or virus replication process. Such mistakes in copying the virus’s genetic code to create new viruses can lead to different versions of the virus, otherwise known as variants. The more this occurs, the greater the probability that a version will emerge that can spread more rapidly and potentially cause worse illness.

Speaking of reproducing and spreading, looks like the #JohnsonVariant hashtag has done so too:

The #JohnsonVariant hashtag may not be like the crown jewels, but it has gotten the attention of the Twittersphere:

In fact, hold on to your joysticks for this: this hashtag soon ranked higher than #WitcherCon did in the U.K.’s Trending on Twitter list as of Friday:

It’s no small feet to beat #WitcherCon. Now, there have been variants in the spelling of “variant” in the hashtag as the following tweet indicated:

In fact, the following tweet really wondered “a bot” what was going on:

Nevertheless, people did use both versions of the hashtag to argue that “Freedom Day” would effectively be a premature relaxation of Covid-19 precautions. After all, it’s not as if the Covid-19 coronavirus has stopped spreading in the U.K.:

According to the UK government, July 9 had 35,707 more reported Covid-19 coronavirus cases. The last seven days have seen 206,046 reported cases, which is up by 30.7% from the previous seven days (June 26 to July 2). This reflects an overall upward trend since May.

Plus, not everyone in the U.K. is or can be fully vaccinated against Covid-19. As of July 8, only 65.3% of all adults 18 years and older in England have received the second dose of the Covid-19 vaccine. This number should continue to increase as 86.8% have received the first dose. But that will still leave a fraction of the adult population and many kids and teens unprotected, giving the virus plenty of opportunities to find people to use as cheap motels to reproduce.

Remember too that while effective, the currently available Covid-19 vaccines do not offer 100% protection. Johnson must realize that the vaccines are not gigantic concrete full-body condoms. Even after being fully vaccinated, you can still catch SARS-CoV2, albeit your chances and your chances of getting severe Covid-19 may be substantially lower. Additionally, it’s still not clear how well the vaccines may protect against future variants.

It’s not a good idea to arbitrarily choose dates in advance to lift Covid-19 precautions right in the middle of a pandemic. That would be a bit like arbitrarily choosing dates to get married and have kids when you aren’t even dating anyone yet. A lot can happen along the way while a pandemic is still raging.

Instead, the better way to proceed is to establish milestones that need to be reached to progressively reduce each layer of precautions. This is how countries like Taiwan, South Korea, and New Zealand have been much more effective at controlling the virus than countries like the U.K. and the U.S. For example, as I covered for Forbes before, Israel relaxes their outdoor face mask mandate only after at least half their total population got vaccinated. View such strategies as slowly peeling off different layers of clothing depending on the temperature and setting. The U.K. has not reached strip club or Magic Mike conditions yet. It’s no coincidence that countries that have followed science as much as possible have been better able to deal with the pandemic.

It’s not clear how hard Johnson’s stance will be on the July 19 relaxation of precautions. There may be business and political pressure on Johnson to remain firm on such plans. Regardless, with Covid-19 cases continuing to rise, there doesn’t seem to be enough herd immunity yet to stop the surge. And such a surge could really get Johnson and his administration bent out of shape.