This article has been written by Prince Pathak, pursuing a Diploma in M&A, Institutional Finance, and Investment Laws (PE and VC transactions) from LawSikho. 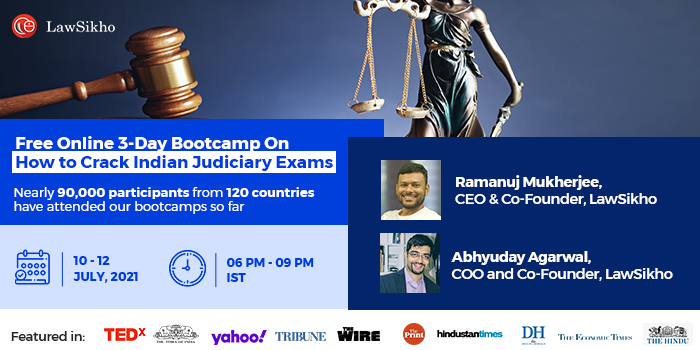 A merger is a process when two or more businesses/companies integrate to create a new company. The NCLT (National company law tribunal) is the one to provide ultimate approval to any merger and provisions relating to merger/ restructuring scheme(s); the Corporate Law of 2013, i.e., Section 230 to Section 232, shall be implemented throughout the consolidation process. Depending on the kind of business and the business sector, several authorities, such as the Registrar of Companies (ROC) and the Regional Director (RD), may have a role in an M&A transaction. In this process, the assets and liabilities of the transferor entity are transferred to the transferee entity, and the transferor entity is promptly dissolved after the merger. The Indian Income Tax Act, 1961 (“ITA”) provides a number of clauses that deal with the taxation for mergers and acquisitions (M&A) that must be complied with while doing the transaction.

There are no laws or statutes that define the merger. Merger and amalgamation are terms that are sometimes used interchangeably. The consequence of amalgamation is the development of a completely new entity. A merger, on the other hand, is a consolidation process in which the resulting entity might be either new or existing. Amalgamation is defined under Section 2(1B) of the Income Tax Act, 1961, and “it means merger of either one or more companies with another company or merger of two or more companies to form one company in such a manner that:

Further, in case the transferee company is a shareholder in the transferor company, no shares are required to be issued by the transferee company in lieu of such shares on amalgamation. A merger must meet specific standards under the Income Tax Act to be tax-neutral. Furthermore, the criteria set forth in the ITA regulations must also meet the Companies Act requirements. As a result, in the hands of the amalgamating company as well as the shareholders of the amalgamating company, the merger may be considered tax neutral and free from capital gains tax. Section 47 of the ITA specifically exempts certain transfers in mergers/amalgamations from the liability of capital gains tax, such as when the amalgamated company is an Indian company in transferring of capital assets in an amalgamation and also when the transfer of shares in a foreign company in an amalgamation between two foreign companies, where such transfer results in an indirect transfer of Indian shares.

The CBM (Cross Border Merger) Regulations established the notion of “deemed approval,” under which any cross-border merger carried out in line with the CBM Regulations is deemed to have been approved by the RBI, and no further permission under the CA, 2013 is necessary. Tax is an important consideration while taking any business decision, specifically when competing against other international players. But, only inbound mergers are treated tax-neutrally under the Income Tax Act of 1961. The merger of two foreign companies involving the transfer of shares of an Indian company is tax-exempt provided that the merger satisfies the conditions in Section 47 of ITA, i.e.

(ii) such transfer does not attract capital gains tax in the country in which the amalgamating foreign company is incorporated.

However, if the resultant company is a foreign company, this exemption is not accessible, resulting in a tax burden on the profit-making acquiring foreign company. In the operation of outbound mergers, there is no tax neutrality, and the transfer of capital assets under the existing regime would almost certainly result in capital gains tax in the hands of foreign companies and shareholders, as follows:

In the hands of the shareholder: Shareholders that experience capital gains as a result of a merger or amalgamation should be taxed as long-term or short-term capital gains under the Income Tax Act of 1961.

While the operational provisions relating to outbound mergers aim to assist Indian corporations to reorganize/externalize their shareholdings and gain access to global markets, the absence of comparable tax neutrality regulations puts outbound in precarious situation mergers as compared to inbound mergers. As a result, the announcement of “cross-border mergers under the 2013 Act” and the establishment of Cross-Border Regulations, 2018 demand appropriate matching revisions in the Income Tax Act, 1961 to provide a favorable legal environment for cross-border mergers and acquisitions in India, especially when Indian market is reeling with the nose-diving economy.

In cross-border transactions, tax issues occur when two jurisdictions attempt to tax the same income or legal entity, resulting in double-taxation. However, many countries recognize that double taxation deters cross-border trade and activity, so countries join bilateral DTAAs (Double Taxation Avoidance Agreements) to restrict their taxing rights willingly through self-restraint, preventing conflicting tax claims. It seems many nations engage in bilateral treatment to prevent duplication of taxation. India has double tax avoidance agreements with Mauritius, Singapore, Cyprus, and the Netherlands to voluntarily restrict its taxation jurisdictions. In such instances, the agreement on dual tax avoidance or Section 90(2) of the Act on income tax, whichever advantages the entity will be preferred.

The G-20 nations endorsed the 15 point OECD (The Organization for Economic Co-operation and Development) BEPS (Base Erosion and Profit Shifting) action plans to curb Base Erosion and Profit Shifting in 2015. These guidelines have been created to prevent practices that are only aimed at reducing or evading taxes. The introduction of the OECD BEPS has had an influence on mergers and acquisitions around the globe. In addition, 94 countries joined the Multilateral Convention to Implement Tax Treaty Related Measures to Prevent Base Erosion and Profit Shifting (MLI) to impose a series of tax treaty measures to modernize international tax law and decrease multinational corporations’ ability to avoid paying taxes. These provisions were designed to promote transparency and deter tax evasion through aggressive tax planning and hybrid tax instruments in the context of mergers and acquisitions. However, it has increased the expense of compliance, and the absence of universal application of these rules has created additional issues for regulatory agencies and enterprises.

Mergers and acquisitions (M&A) are often embraced as a corporate expansion tool. The tax consequences associated with the sale and purchase of the firm will have a major impact on the economy of the transaction. In order to make the agreement tax-neutral, it must also be possible to satisfy the different tax implications for transferor and transferee entities, and merger shall be regarded as ‘amalgamation’ for the purposes of ITA only if all the conditions listed in ITA are fulfilled. The need of the hour is to support the cross-border M&A transaction for economic growth, and unless the current tax framework impacting cross-border mergers is revised it will not be tax-friendly.