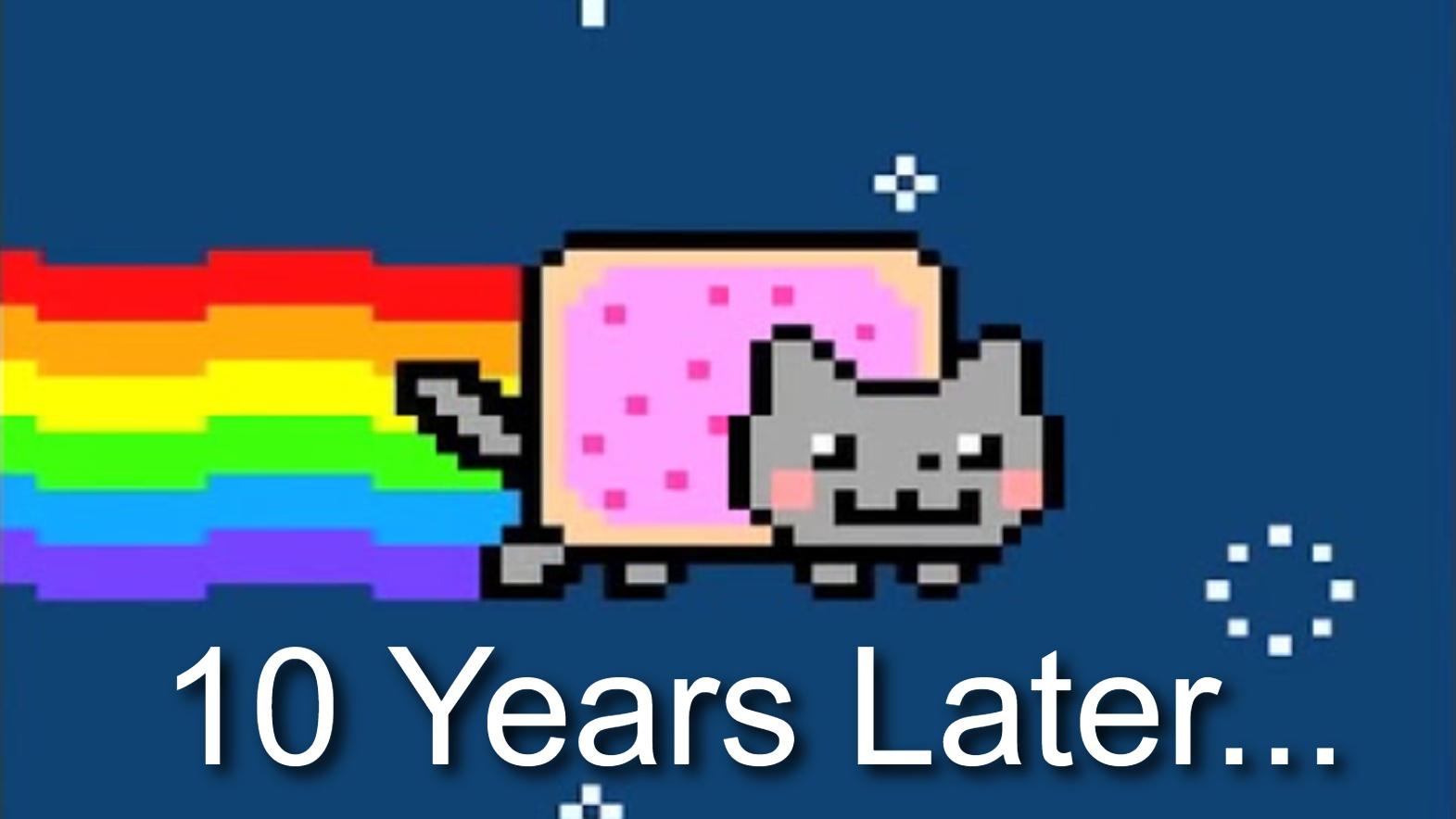 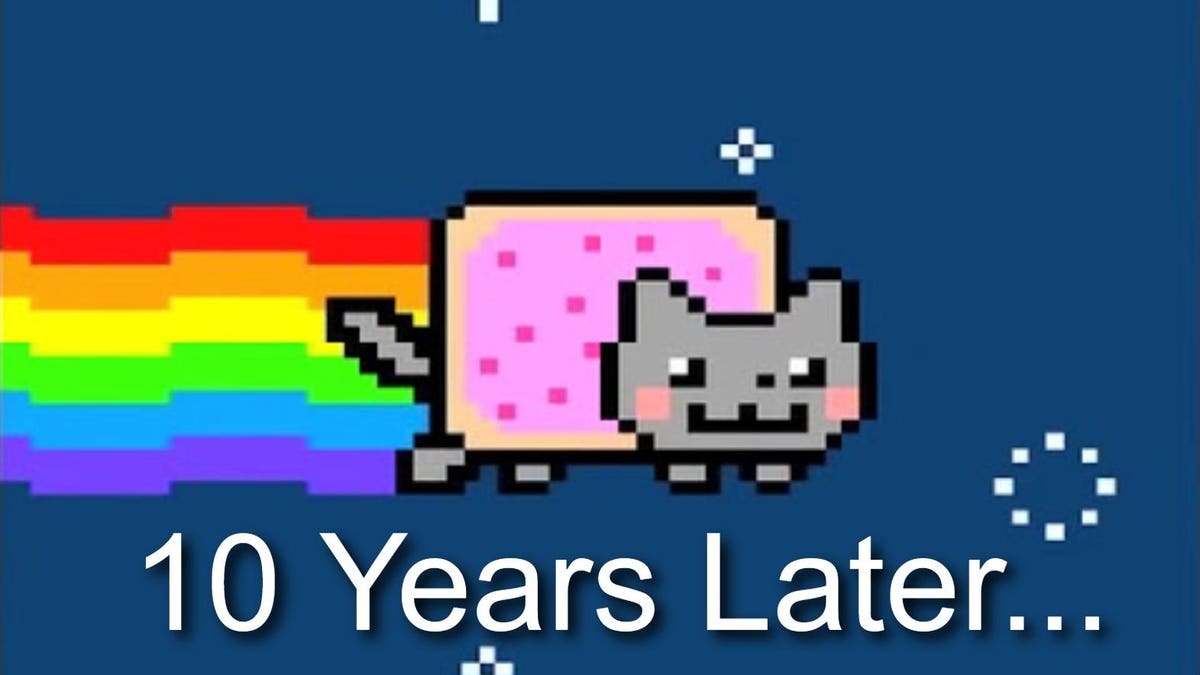 Flashback to 2011: the Phillies are winning tons of games, your iPod Touch sends you a notification that your friend beat your Temple Run high-score, and your arm is laced high with colorful Sillybandz bracelets.

During this precious time period on the internet, you likely came across a colorful video or GIF of a breakfast pastry cat called, “Nyan Cat”. This rainbow-pooping gem of the 2010’s was one of the most loved and well-recognized memes that has since entrenched itself in meme history and hall-of-fame.

Christopher Torres was the artist behind this legendary animation that was paired with the song, “Nyanyanyanyanyanyanya” by Japanese artist Daniwell-P. To learn more about how Nyan Cat came to be and what Torres is up to now, he jumped on a call to share his story, current endeavors, and future plans.

Jackson Weimer: So how did the original idea for Nyan Cat come about?

Christopher Torres: The idea for Nyan Cat came from a charity drive livestream in 2011. Nyan is the Japanese word for ‘meow’. I did doodles in a livestream room and wanted ideas from people in the chat on what to draw. People in chatroom knew I loved cats and suggested I drew a cat. The breakfast pastry was a random combination of key words and the video blew up over night. The design of the cat was based on my old cat, Marty, who was a Russian Blue.

Weimer: What editing software did you use to draw and animate Nyan Cat?

Torres: I used Macro Media Firework which was owned by Adobe. It was discontinued in 2012 and I wouldn’t recommend it, but, I became accustomed to throughout the years and used it because I knew it well.

Weimer: What were your initial expectations for how popular Nyan Cat would get?

Torres: I honestly had 0 expectations while making it. In fact, Nyan Cat didn’t even have a name and I just created a full version for a Twitter profile picture. I drew it, animated it, exported it, and then went to sleep and woke up to 100’s of emails.

Weimer: What was the first dollar you made off of Nyan Cat?

Torres: It was an ad for Sprint. They contacted me really soon and actually used it in a commercial. That was amazing for me that someone wanted to pay and use my art.

Weimer: When did you realize that you could make a ton of money off of Nyan Cat?

Torres: I can picture the exact moment. When I first made Nyan Cat, it was actually one day before I started a new job as an insurance adjuster. That whole year became me juggling that job with Nyan Cat. A year later, I kind of had to decide to between the job and all the opportunities I was getting that were causing me to leave work. It was a tough choice but I think that I made the right one to quit and pursue my dreams.

Weimer: I saw you decided to sell Nyan Cat as an NFT and sold it for over $600,000. What are your thoughts on the environmental impact that NFTs have?

Torres: When it comes to artist side, it’s a different category when it comes to environmental aspects of NFTs. The issues come from when cryptocurrency is mined. The artist themselves are not the ones causing the environmental impact. I’ve been reading up on Ethereum and crypto in general and the community knows that there are some issues and growing pains with NFTs in general. In the future, we are going to see a cleaner way to trade crypto and mint NFTs. It’s just really early on right now.

Weimer: A lot of people have said that NFTs are dead, since the market has dropped by 90% since March 2021. Do you think this is true?

Torres: NFTs are kind of like stocks. Some days they’re great, some days they’re not great. They definitely had a big hype back in March and when crypto dropped a few weeks ago, it scared everybody. That turned the market for NFTs into a conservative zone. Since the original Nyan Cat NFT, I’ve created a Nyan Cat classic collection and have sold over 700 different Nyan Cat NFTs. If the market is dead, why am I still selling? There’s a lot of people who don’t understand it. It’s still early.

Weimer: How do you feel memes have changed in the past 10 years?

Torres: Memes used to be very simple. Now memes are really intricated. They are now designed to spread humor and news. Nowadays a lot of people get their news from memes. It’s evolved into more of a culture. People are using them to spread messages. We’re seeing a big resurgence of memes and we’re now seeing people adding financial value to them.

Weimer: What are your current projects online?

Torres: I’ve been really busy working in the NFT space. I’m really picky with who I choose to collab with. Out of 100 people who’ve e-mailed me, the only one I responded to lately was from Snoop Dogg. That was really exciting. I’m also working with Youtooz and this is the first time I’ve allowed my art to be transferred to figurines. I always think about what will the internet think about what and who I choose to collab with. I’ll also hint that I’m working with a few big name celebrities as well. I have a possible commercial and cartoon deal in the early stages. Hopefully, by the end of the year those two things will be in later stages and I can share more details.

Weimer: If you made this meme today, do you think it would still go as viral as it did in 2011?

This interview has been reduced and edited for clarity.