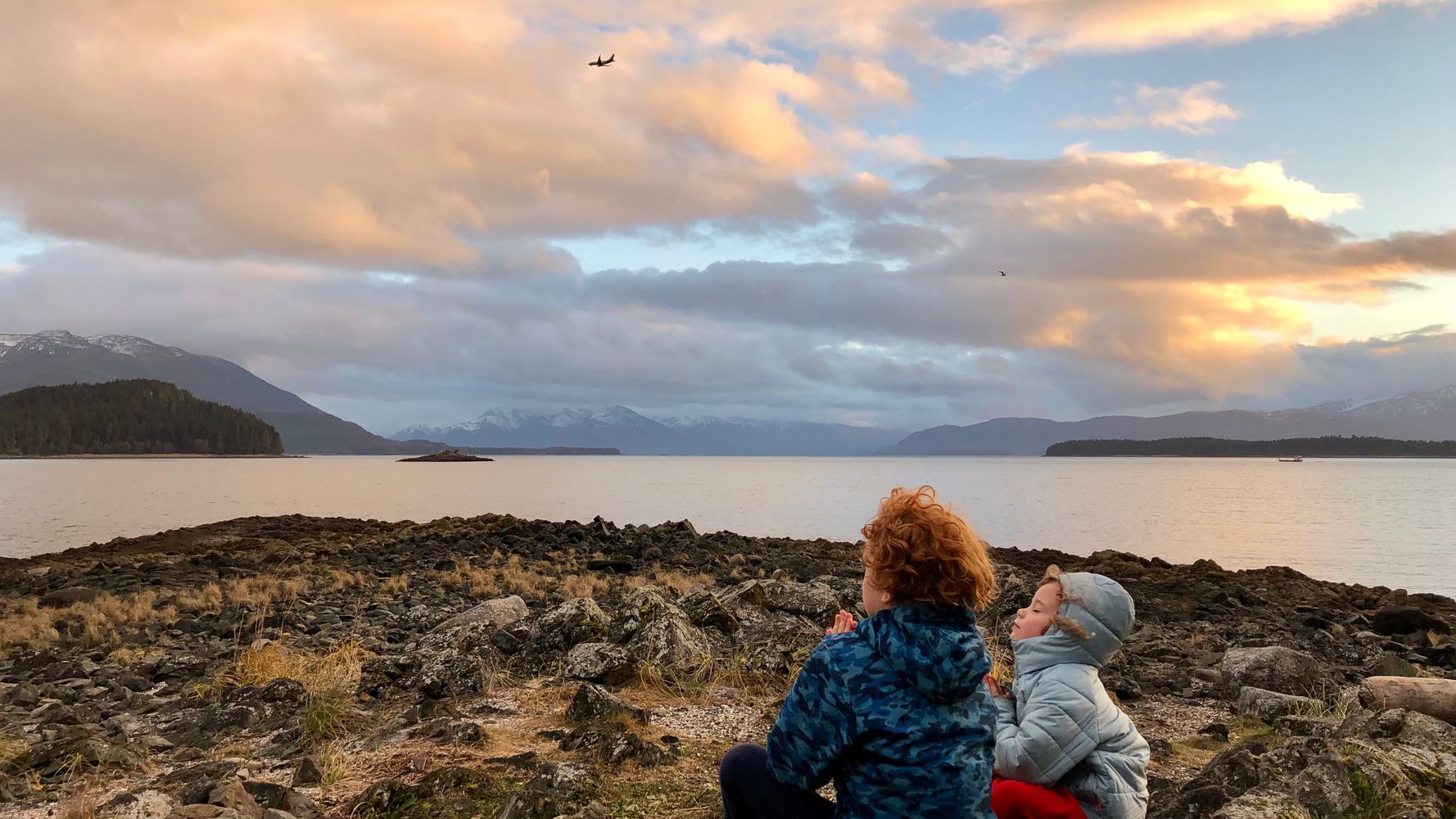 It was your typical kindergarten morning on Zoom: little boys and girls in little squares arrayed on the computer screen like the “Brady Bunch” opening credits, each patiently waiting their turn to share what they did over the pandemic weekend.

All except for one. My daughter usually spent the two-dimensional kindergarten class under the table screaming, or in her chair crying because the teacher had put her on mute. Many months later, the school psychologist would suggest that she be evaluated for autism spectrum disorder and ADHD. (Her diagnosis is currently being determined.)

My son, a bright and hyperactive second grader with sensory processing issues, managed to get in trouble even while isolated at home. He hijacked the lesson by sharing his screen, changed his name to “Yo Johnny, Minecraft at 4:00,” and blew up the chat feed with video game jargon. He replaced his background picture with a ridiculous photo of himself, then hopped out of the frame to see if the teacher would notice. Instead of taking up his usual pre-pandemic residence in the principal’s office, he was repeatedly sent to the Zoom waiting room.

As a teacher, I knew that online school contradicted all the best teaching practices. The computer-based instructional format, which we’d been engaged in since spring 2020, when schools closed due to the coronavirus, proved disastrous for neurodiverse, high-energy, kinesthetic learners like my children.

I could see that my children were not learning. Worse, they were often angry, upset, depressed, anxious, and constantly fighting. My hair was literally starting to fall out from the stress.

One day I decided we would skip the Zooms and spend the day at a deserted beach. Thankfully, we live in Juneau, Alaska, in the heart of a cold rainforest called the Tongass, with more miles of trails than roads.

It was a cold but sunny day. Snow covered the mountains, and rocks under our feet had fused together with ice. In the frigid wind, my children stacked and balanced stones with mittened hands, and I considered letting nature take over as their teacher.

My friend Jennifer Walker used to run a forest kindergarten school, an educational model where school takes place in forests or woodlands and focuses on learner-led outdoor play. She told me how unstructured play in the woods helped children regulate their emotions, build resilience, and develop empathy for all living creatures. I had also read about how forest bathing, or shinrin-yoku, was practiced in Japan for its health benefits.

Steve Merli, a teacher and naturalist in Juneau, makes it a point to take his young students off trail. “When we are on uneven ground, experiencing the earth shifting at every step, we build the capacity and confidence to move into the next thing,” he explained. “Our neurobiology originated from the experience of being outdoors all or most of the time.” I discovered that learning how to orient oneself on uneven terrain wasn’t so different from navigating other existential threats ― such as a dangerous unknown virus.

We began to venture into the wilderness regularly, opting out of the Zooms and classwork entirely. Every day we explored moss-shrouded trails, empty rocky beaches, and secluded alpine meadows abundant with wildflowers. Instead of filling out worksheets, my children climbed trees and created magic wands with beach glass, shells, and heart-shaped rocks while rain pelted their faces and wind whipped their hair. They worked together to build forts out of driftwood. We identified local and migratory birds and put our heads to the ground to see if it was true that the earth was vibrating at a slower frequency.

In nature, we no longer felt alone, but part of an enormous symbiotic ecosystem. We were connected to something bigger than ourselves. We slowed down. We stopped fighting. We felt at peace.

My children’s curiosity was sparked again, and they started asking questions: “How do trees talk to each other?” “Why is the tide so high during a full moon?” “What are all these big metal wheels near the beach where a mine used to stand?” “Why is there snow on the tops of mountains but not below?” “Do trees die in the fall, or are they just resting?”

When we returned home, we researched the answers to our questions. We learned about how the trees communicate and share nutrients through their roots, mitochondria, and the pheromones they emit through the air. We discovered how the moon controls the tide, and with it our moods and behavior, as we are also made of water. We investigated the history of mining in our area, evidenced in the big rusty wheels and broken tile we found on the beaches. We tracked the life cycles of the seasons and the things growing in them.

During our explorations, we learned the names of wild berries and mushrooms, and harvested the ones that were safe to eat. We identified which bushes stung the skin when exposed to sun, and which ones cured the stings. At home, my children wrote and illustrated stories inspired by our adventures. At night we read books about devil’s club, ravens, tides, and Native Tlingit culture.

Whereas before my daughter would cry in anguish during her online classes, now she joyfully sang to the sea. My son, who used to seethe in his seat while the teacher explained multiplication over Zoom, now discovered his own mathematical patterning from beatboxing and jumping over boulders like parkour. Instead of fighting to get my children to complete their schoolwork on learning apps, I watched them experience the great outdoors, and felt grateful.

When school resumed in the fall, the rainy season changed to sideways sleet, and we were forced indoors. My children returned to full-time remote learning, but they had already become feral. They had swapped out their toys for rocks, shells, mud, and plants. My daughter chewed sticks and leaves that she pulled off the houseplants, turned my guitar strings into bracelets, and beheaded my flowers to create mandalas.

Accustomed to the echo of the mountain, it was as if my daughter had forgotten how to use words. When she screamed over Zoom, her teacher put her on mute, and again she dissolved under the table in tears.

My son, who’d spent his days leaping over large boulders and climbing trees, struggled to sit passively in front of the computer. He stomped around the house, growling like the bears that roamed our neighborhood.

Yet I do not regret the days I spent “unschooling” my kids. The wilderness made them curious, joyful learners when online school could not.

They returned to in-person school in May, but we continue to venture into nature. They still pepper me with questions and observations.

During a recent adventure, as we ambled between blueberry bushes and under canopies of witch’s hair moss, my daughter called out: “Look! The trees are talking to each other!”

Under our feet, roots wove up and over each other like Tlingit spruce baskets. Tree trunks adorned with glowing colonies of yellow lichen were illuminated gold in the setting sun. At that moment, with my hiking boots firm on the uneven soil, I felt that we could handle any challenge that came our way.

Perhaps that is the most important lesson of all.

Do you have a compelling personal story you’d like to see published on HuffPost? Find out what we’re looking for here and send us a pitch.