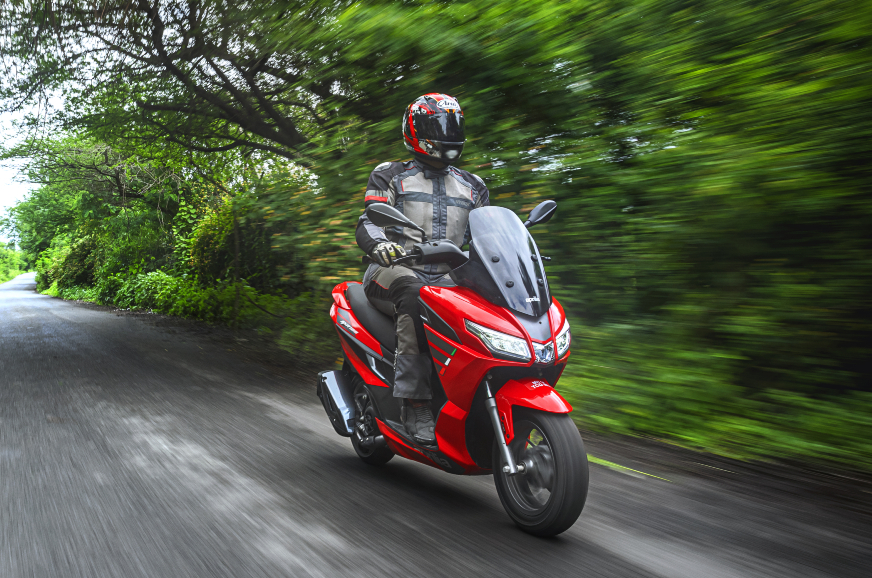 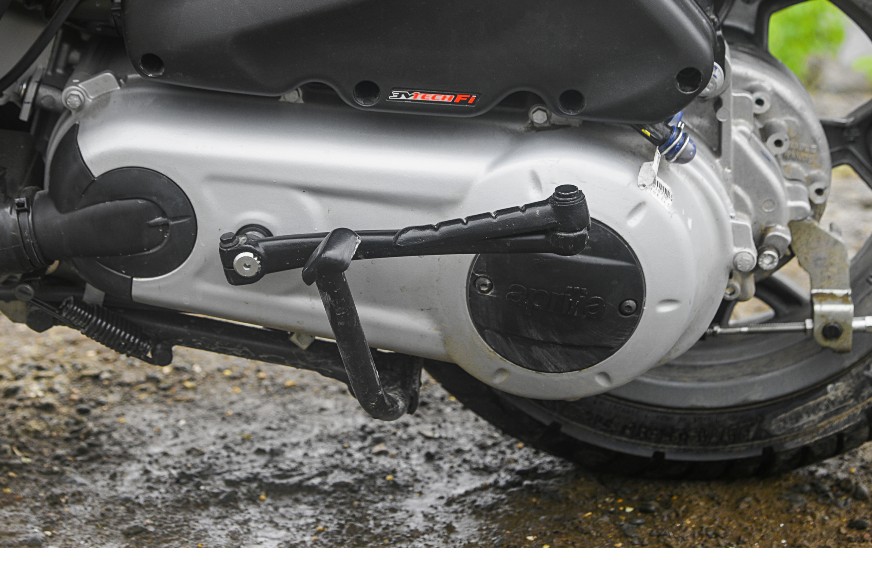 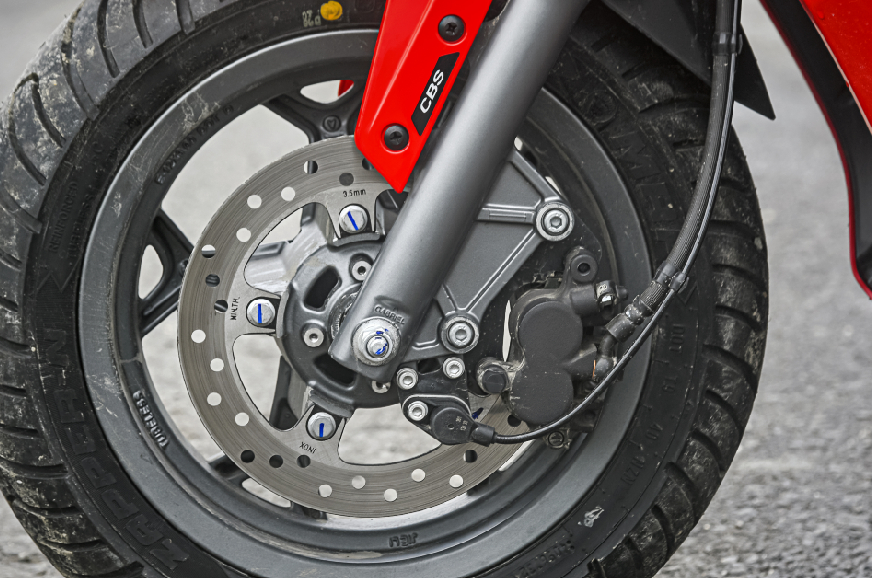 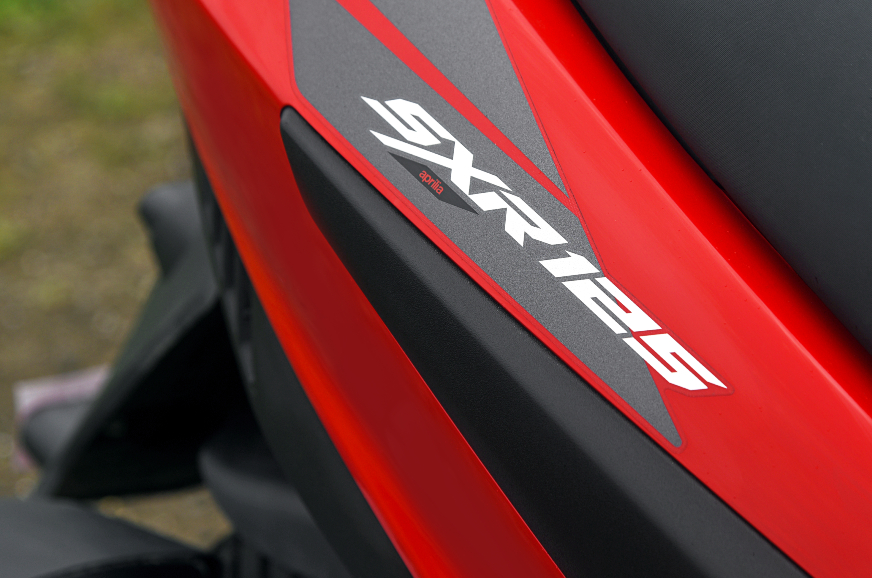 When it comes to petrol powered scooters, the Aprilia SXR 160 is probably the most desirable option available today. Its Italian style, performance, planted road manners and brand appeal make it quite the unique offering. However, with the launch of the SXR 125, Aprilia is offering the same package with a less potent mill. Is it still as desirable as its sibling?

Aprilia has literally made a heart transplant by swapping the SXR 160’s engine with a 125cc mill. Which means there are no changes made to the chassis, styling, suspension or equipment.

While that’s a good thing, which I will get to later, the smaller engine has to lug around about the same 128kg kerb weight. And that has a bearing on the way the SXR 125 performs. 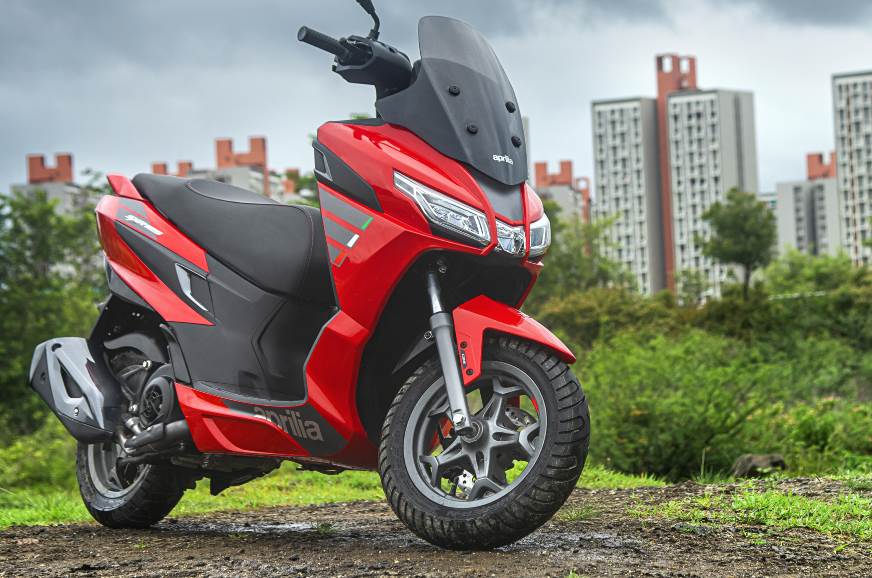 That being said, the SXR 125 didn’t feel like a slouch, at all. The performance it offers will be more than enough for the young college kid or professional who’s most likely to buy one. The power delivery is linear and speed builds up gradually up to 70-75kph without much effort. From then on, the performance begins tapering and anything above 85kph requires a little patience. It will get up to an indicated top speed of 95kph.

Since this was a short first ride, we couldn’t conduct proper VBOX performance tests. We will get a better picture as and when we can put it through a full road test.

What we also liked about the 3-valve, air-cooled engine is its refinement. Cruising at 60-65kph is a smooth affair and the engine only begins to feel strained over 85kph.

A smaller engine should also translate to slightly better fuel economy than the 35kpl that the SXR 160 managed during our tests – also something we’ll have to confirm when the scooter comes to us for a full review. 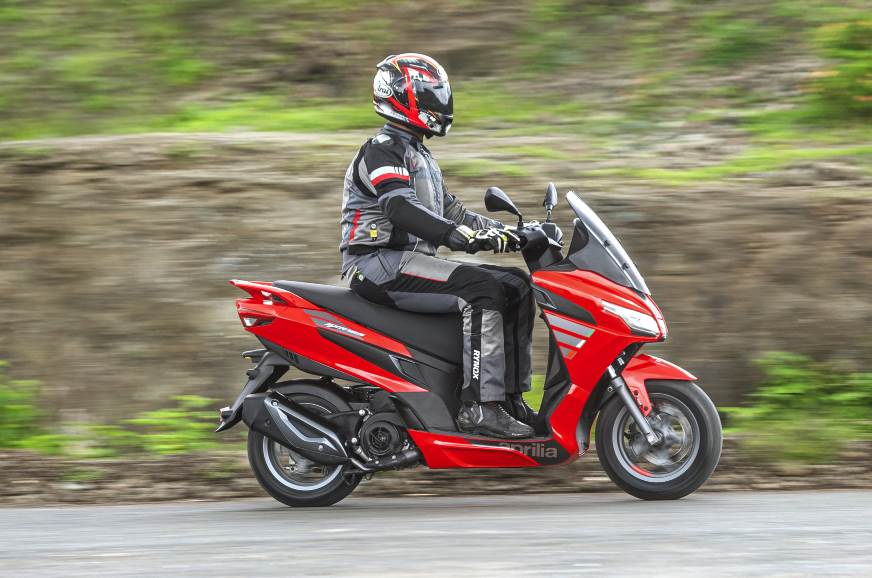 Besides the engine, the SXR 125 differs from the SXR 160 in the fact that it gets CBS (combi braking system) instead of ABS. However, the braking hardware is identical and it remains one of the best units we’ve experienced on a scooter.

Visually, there is no difference between the SXR 125 and SXR 160, save for the badge. The colours and stickers are identical, and my word does it look good! The design has that typical Italian flare and the dazzling all-LED lights elevate the scooter’s appearance. 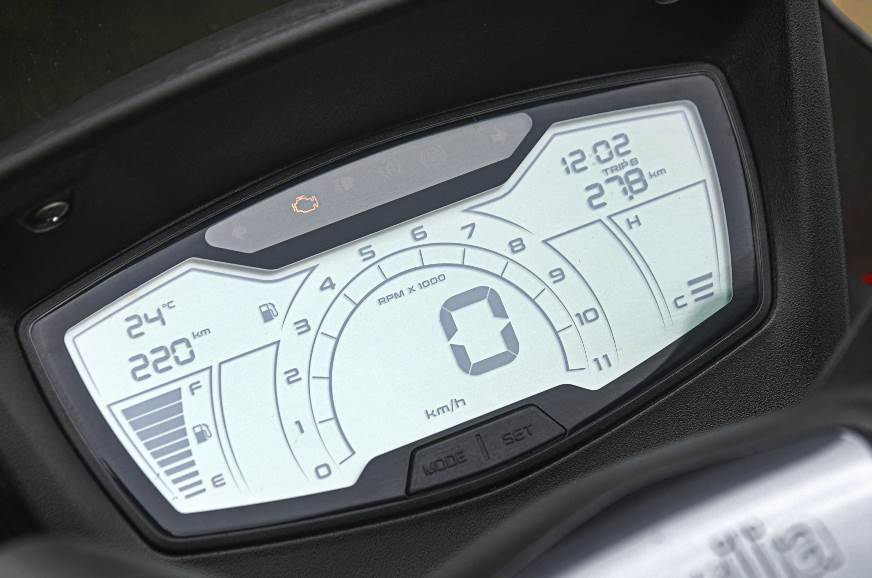 The large, digital LCD instrument cluster is taken off the SXR 160 as well. It offers a ton of information like real time fuel economy, average speed and more. Ideally, Aprilia should’ve gone the whole hog and thrown in Bluetooth connectivity as standard, given that most 125cc scooters offer the same. Sadly, it remains a Rs 2,500 option, even on the pricier SXR 160.

The minor quality related niggles we found on the 160 continue here as well. The black plastics still feel a tad bit cheap, the storage cubby behind the front apron doesn’t shut flush and there are uneven panel gaps in some areas that need improvement. As before, Aprilia says they are working on sorting this out and we hope to see improvements soon.

That being said, sharing its chassis with the SXR 160 also has its advantages in solid high-speed stability and surefooted handling.

The tradeoff comes in the form of a fairly firm ride over bad roads, although it isn’t jarring unless you hit a deep crater. Overall, it’s just short of being straight up uncomfortable, but a pusher ride quality would do this scooter wonders.

Sum of all things

The Aprilia SXR 125 is priced at Rs 1.15 lakh, ex-showroom, India and makes for a tempting proposition with the promise of decent performance, better fuel economy and a lower price tag than the SXR 160. However, the latter seems to make better sense as it offers more performance and ABS, for only Rs 11,000 extra. Ideally, there should’ve been a bigger price difference between the two SXRs but Aprilia say they did what they could manage. 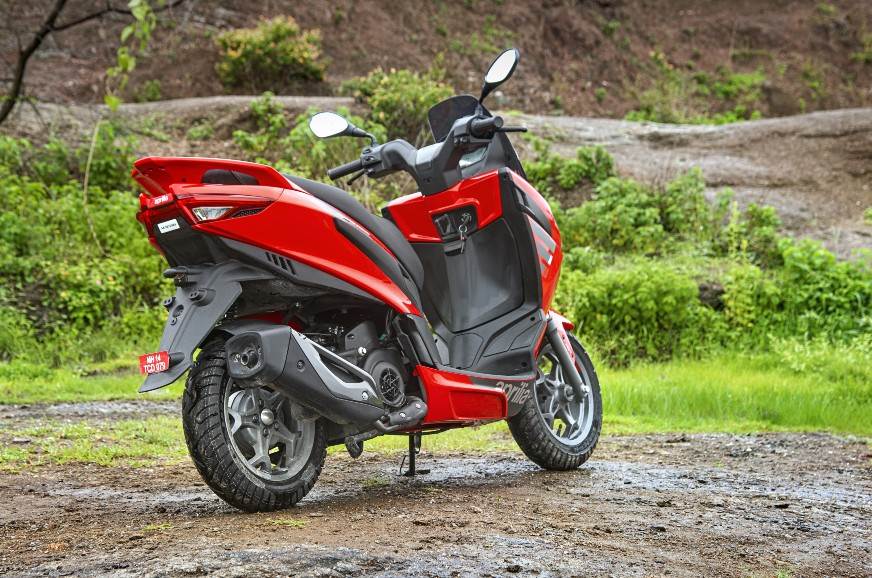 Nevertheless, if you’re looking specifically for a 125cc scooter, with eye-catching looks, decent performance and money is no object, the SXR is right up your street.