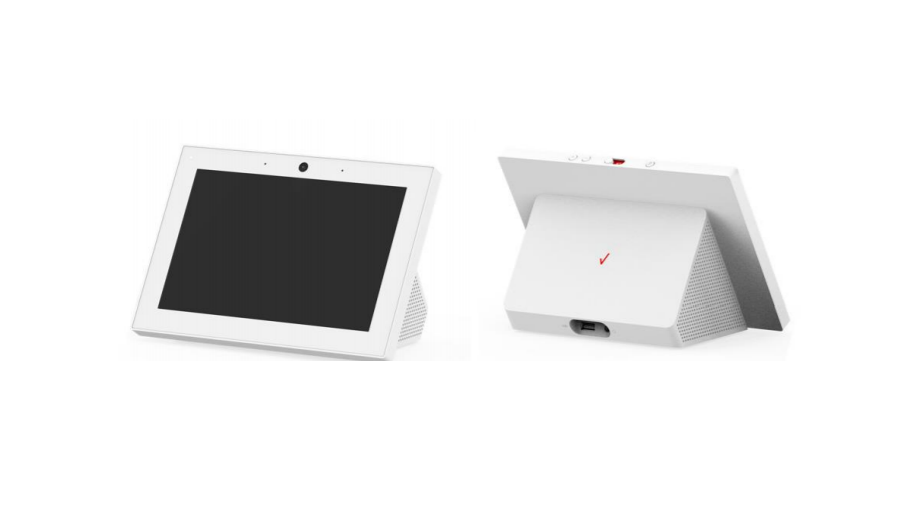 It looks like Verizon (Engadget’s parent company) is working on an Alexa-powered smart display. However, rather than saying “Alexa” to activate the voice assistant, it appears anyone who buys the device would need to say “Hey, Verizon” instead. Amazon’s Alexa Custom Assistant program lets companies build a version of Alexa with custom wake words and device-specific skills.

The smart display emerged in Federal Communications Commission filings that were first spotted by Protocol. According to the documents, the Verizon Smart Display has an eight-inch, 1280×800 display, 4GB of RAM and 16GB of storage. There’s a front-facing camera with a physical shutter as well. The device supports calls, messaging, Alexa announcements and Verizon’s BlueJeans video conferencing tool, per the user manual.

One kind of interesting wrinkle is that, along with Bluetooth and WiFi connectivity, there’s 4G LTE support. That makes sense, given this is a Verizon product. It would give the smart display a feature that many similar devices don’t have. Verizon declined to comment.

There’s no smoke without fire, but there’s no telling if or when this smart display will hit shelves. Verizon has made smartwatches in the past, including models for kids, as well as tablets. Whether it will be able to break into a competitive smart display market remains to be seen. That said, “Hey, Verizon” doesn’t exactly roll off the tongue as smoothly as “Alexa” or “Hey, Google.”