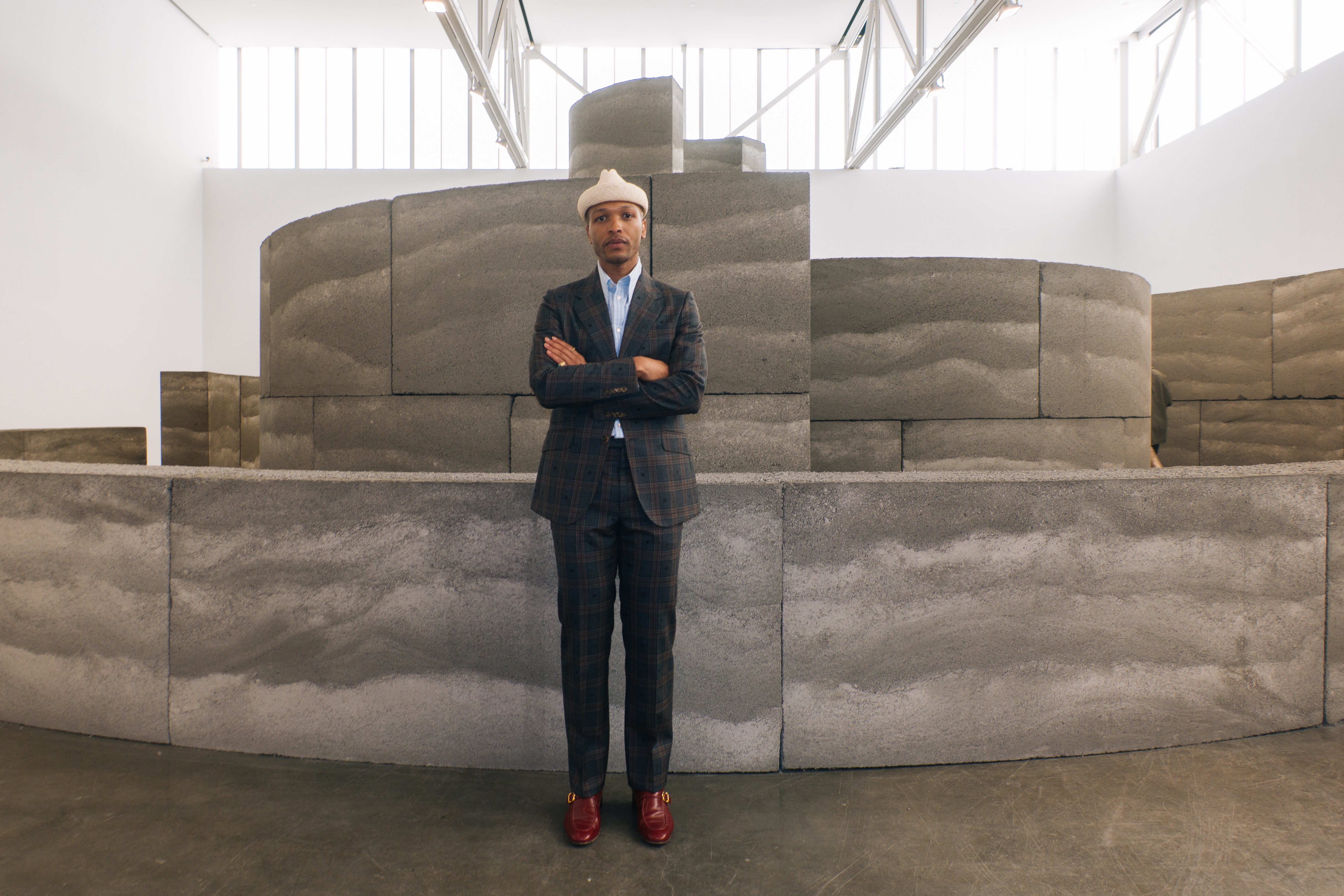 The huge line that formed around the block in the western reaches of Chelsea on Thursday night wasn’t for a concert, a streetwear drop, or even a fashion show. It was for the opening of Social Works, the first show curated by new Gagosian director (and GQ contributor) Antwaun Sargent, who joined the mega-gallery in January of this year. Featuring works by Theaster Gates, with 5,000 records from the personal collection of House music legend DJ Frankie Knuckles; an enormous limestone sculpture by David Adjaye; and a functional farm by Linda Goode Bryant, the show is about “art as a social act,” Sargent told the New York Times.

As enthralling as the art on display was the crowd, which brought people watching to a new level. (It was more like persona viewing.) Sargent’s universe has always embodied a particularly New York symbiosis between art and culture. The attendees at the show didn’t disappoint, and reminded us that New York is in a new golden era of exuberant and expressive personal style. These are some of the best looks of the night.

Who Decides What a Champion Should Wear?

These Cheap Serums Are Just as Good as Their Expensive Counterparts