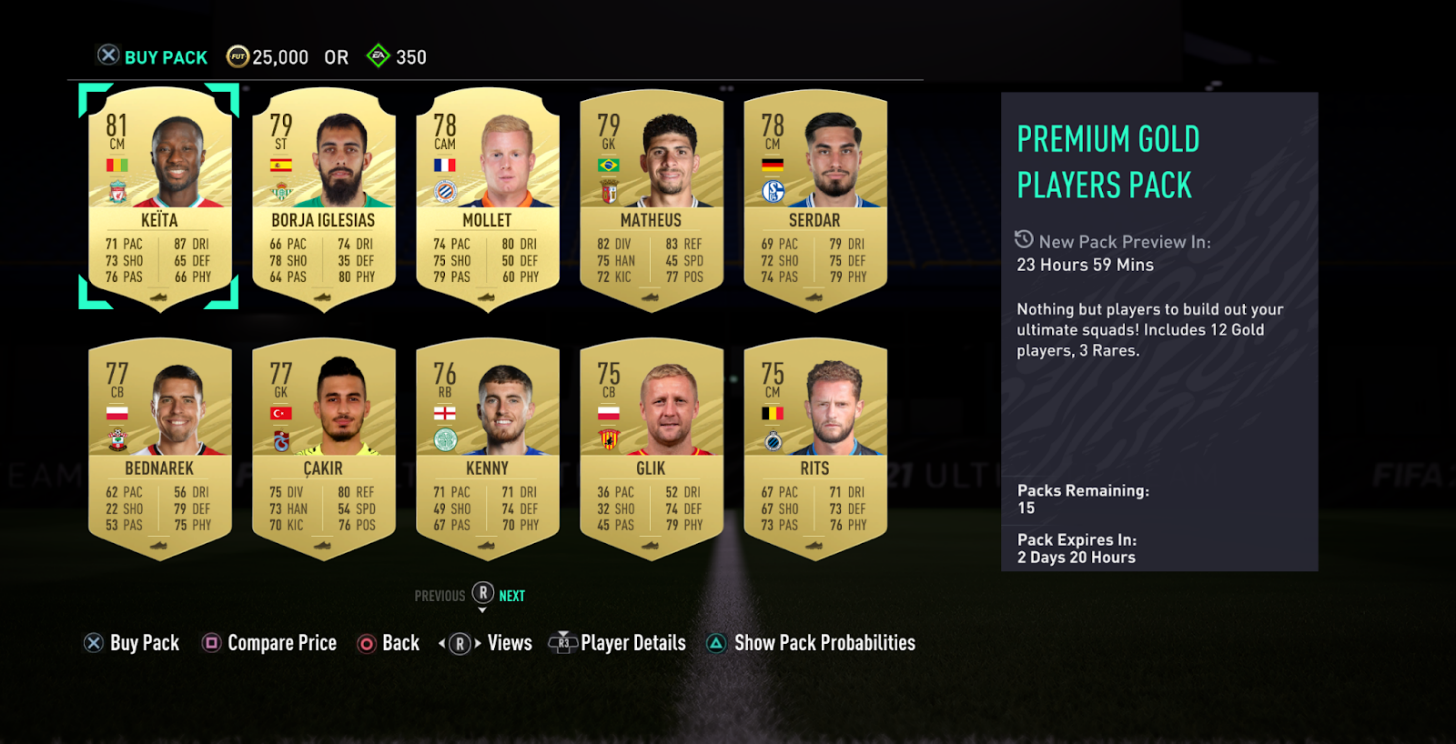 As part of FIFA 21’s ongoing Festival of FUTball event, EA is selling new Ultimate Team Preview Packs that allow you to see their contents before you make a decision whether to buy them. After previewing one of the packages, a timer starts that prevents you from seeing what’s inside another loot box until it runs out or you buy the one that’s currently available.

In a blog post spotted by Eurogamer, EA says it will only sell Preview Packs during the Festival of FUTball. After the event ends, the company’s usual loot boxes will return to FIFA 21’s in-game store. It’s worth pointing out you use both the in-game currency you earn by playing the game and the FIFA Points you can buy with real money to purchase the Preview Packs.

EA’s Ultimate Team modes have been controversial for a while, but they continue to make the company money at a staggering clip. In fiscal 2021, nearly 30 percent of EA’s total revenue, or about $1.62 billion, came from the Ultimate Team modes across its various sports titles. Several countries, including the US, are investigating potential links between loot boxes and gambling, with possible regulatory action to follow.