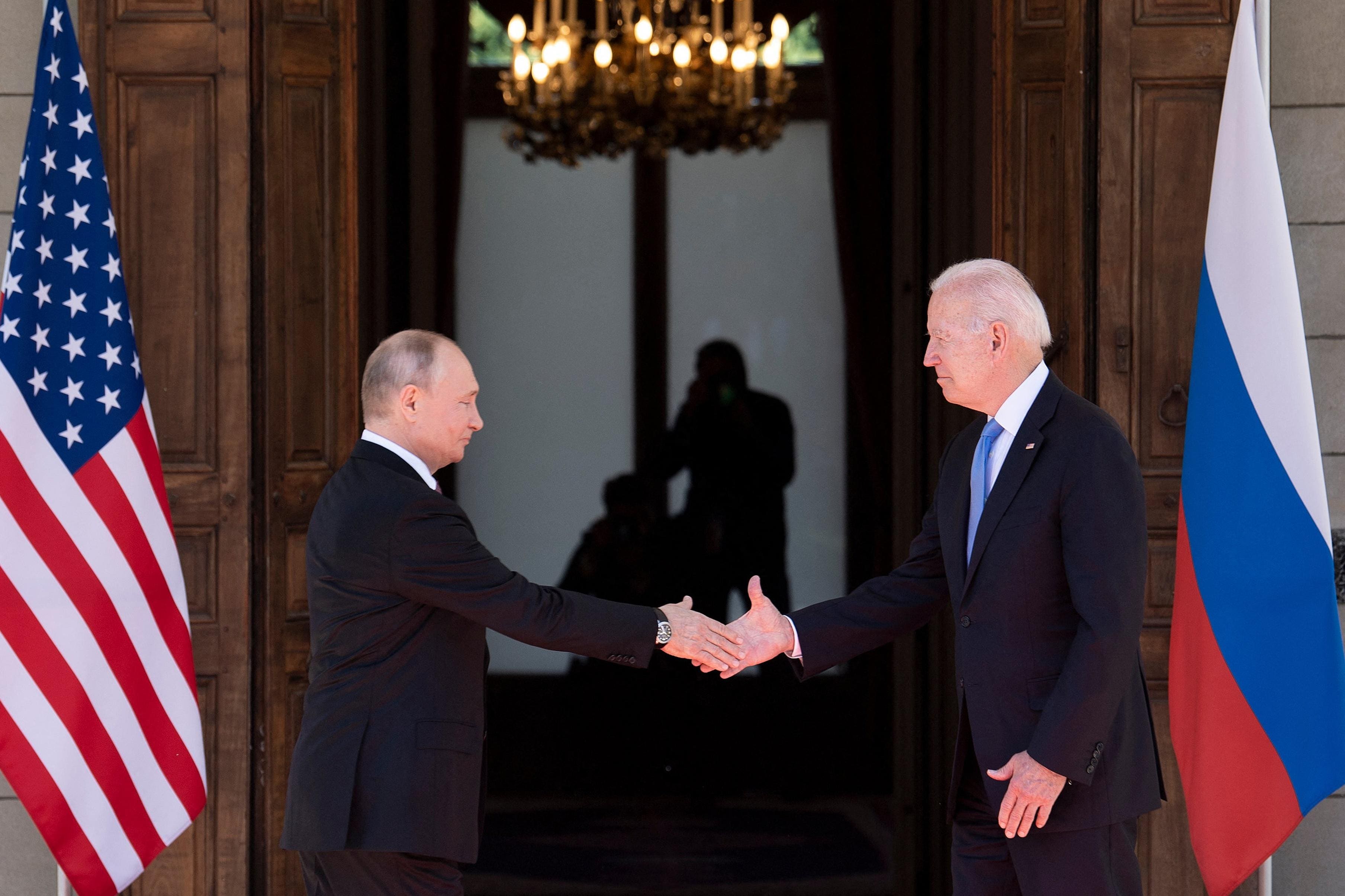 On Wednesday, U.S. President Joe Biden and Russian Federation President Vladmir Putin met face-to-face inside a book-lined study at the Villa La Grange in Geneva, Switzerland for the first time since Biden took office in January. The pair shook hands and speaking through translators immediately began their highly anticipated summit, which was expected to last for hours.

The stakes of the meeting have been considered especially high as it could set the tone for U.S.-Russian relations in the years to come, but could also be just as easily overshadowed by the Covid-19 pandemic, an ongoing crisis in the Middle East and other events on the global stage.

“This latest U.S.-Russia summit will be nothing more than a footnote in history, a time where both leaders keep looking past each other towards the conflicts of the past instead of the challenges of the future,” said Harry Kazianis, senior director at the Center for the National Interest and a contributing editor for 1945.

“Russia is forever angered about NATO expansion that threatens its supposed sphere of interest in the old Soviet Empire client states and continues to try and press back against America in any way it can,” added Kazinis. “At the same time, Putin sees threats everywhere, especially fearful that America is plotting some sort of regime change plot against him. America seems stuck in a mini-Cold War mindset, with Russia always once again cast the Evil Empire instead of the vanquished empire.”

That mini-Cold War mindset was certainly alive and well on social media, where users have been reacting in real time since the two world leaders shook hands. Where past meetings of heads of state have been slowly “digested” by political pundits, academics and notably career diplomats, today’s meeting in Geneva was discussed much like a sporting event or awards show by users on Twitter.

Little time was wasted by some in praising the U.S. leader while taking calculated digs at the Russian president.

Jon Cooper, who had been a campaign chair for former President Barack Obama, (@joncoopertweets) added, “President Biden is sitting up straight and looking confident. Putin is slumping in his chair and looking like an unruly student who was summoned to the principal’s office.”

Cooper also took direct aim at Putin, writing, “Putin is a coward at heart. President Biden knows that better than most.”

As is often the case with President Biden, there were those who openly mock him.

Rep. Lauren Boebert (@laurenboerbert) added, “I surely hope Joe Biden doesn’t accidentally return the state of Alaska to Putin in their meeting. I’m praying for America today, because there has never been a more unqualified person negotiating on our behalf.”

“Does anyone think that the Biden- Putin meeting will be anything but a bloodbath for American interests?,” pondered Donald Trump Jr. (DonaldJTrumpJr).

The immediate question to ask is whether any of these reactions is really necessary, even as the meetings were just beginning? The power of social media is that anyone can comment in real time, and while that may be good for watching a sporting event or a season finale of a hit TV show, there are dire consequences from such meetings where misunderstandings can set back any progress.

Likewise, a case could be made that now should be a time for Americans to stand united, even by those who didn’t vote for the president. Perhaps here is where more of the country needs to take a cue from the film classic The Godfather – and heed the advice “never go against the family,” and certainly not so publicly. The American family should be unified – at least until it is clear what came out of the meeting.

“Americans should not be divided when a sitting U.S. president meets a foreign head of state—they should all root for success and that American interests are served,” said Kazianis.

“But will Joe Biden actually further U.S. interests in his interaction with Putin,” Kazianis also suggested. “What would be far more useful is to find a way to bury the hatchet. However, this summit will likely be stuck in the past.”

It isn’t surprising that some would reaction in such a partisan manner, given the state of the national divide and social media’s abilities to amplify it.

“The cheerleaders always cheer for their own team,” said Roger Entner, principal analyst at Recon Analytics. “Doesn’t matter if you are at a game or in politics. Cable News has largely morphed into Cable Opinion and social media is no different.”

Were any of these reactions actually helpful?

“Whether via social media or the countless channels of 24 hour news, the real time analysis of meaningful events is overwhelming,” warned technology analyst Josh Crandall of Netpop Research.

“The line between qualified pundit and ‘Monday morning quarterbacks’ couldn’t be fuzzier these days,” added Crandall, who has followed trends in social media for more than a decade. “There are so many talking heads in the media who opine from slanted perspectives mixing personal aggrandizement and political party that ordinary people have forgotten what it means to be ‘qualified,’ so many are just jumping on the bandwagon via social media. The increasing velocity of all of these points of view doesn’t seem to be beneficial to anybody besides the companies that make it possible, or influencers who preach to their followers.”

Where social media once allowed people to comment on the outfits at the Oscars, it now seems everyone has an opinion on how the president should handle his affairs with another world leader.

“There doesn’t seem to be an end to it until the masses decide to turn it off,” added Crandall. “By the look of where things are with social media usage at an all time high, it is increasingly difficult for people to do that.”