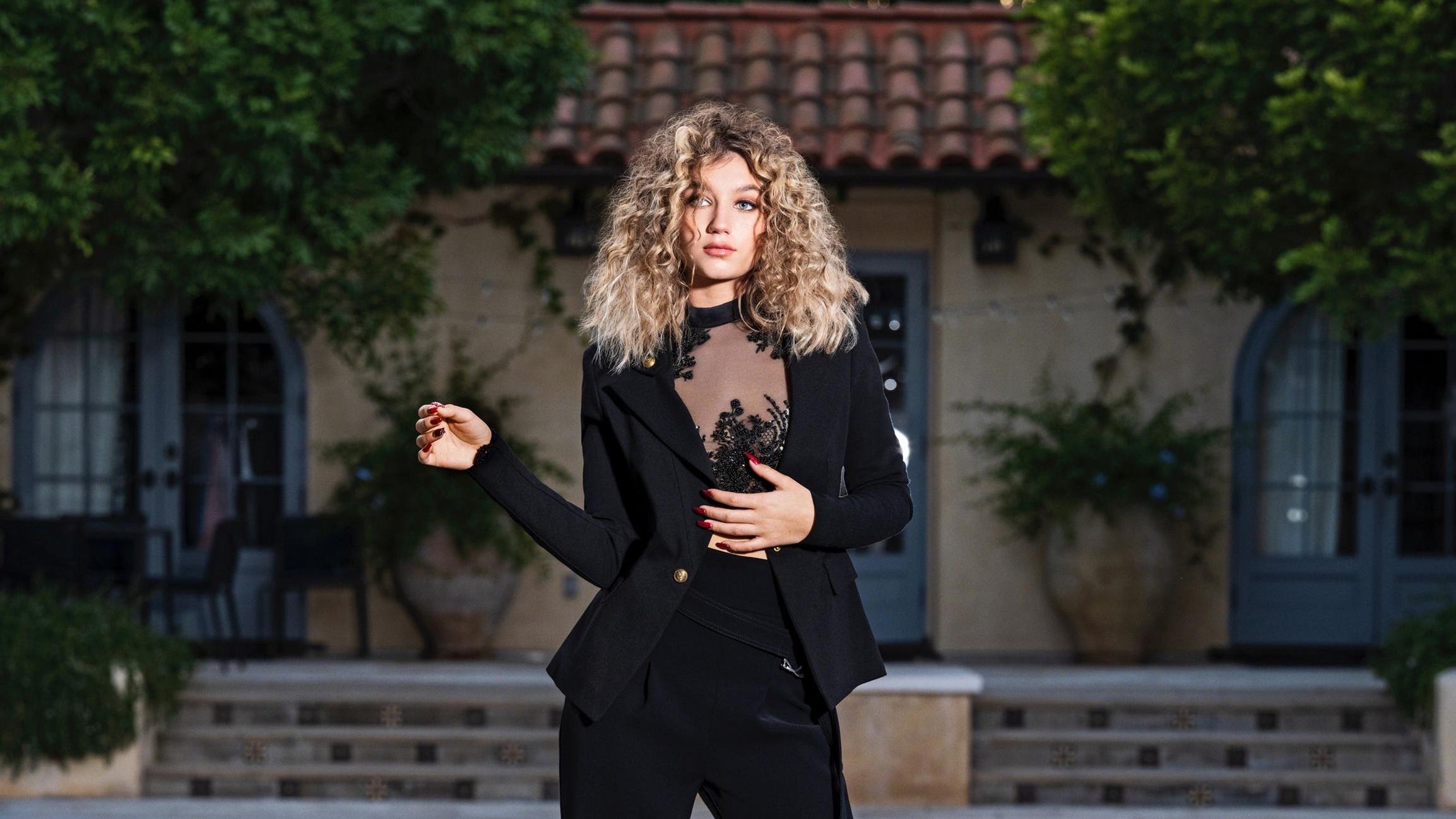 What’s it like to have your fellow students want to take pictures with you because you’re famous? How does it feel to be voted the most popular, the best eyes, the brightest future and every other category in the sixth grade?

Mads Lewis knows what it feels like. She came onto the scene, while still in grade school, and hasn’t slowed down since.

Lewis is a TikTok star, with over 12 million followers on the platform.

She said, “It literally happened a week after I started posting on Musical.ly. The first video I ever did was with my friend and the next say she told me that it was blowing up. And I was like, ‘What is it? Why are so many people viewing it?’ So, I decided to post on Musical.ly and a week later I started getting featured on everything and blowing up.”

After she started to become more popular, she experienced the hate that all big creators have to deal with.

Lewis said, “People would put gum in my hair or throw food at me. When I was in sixth grade, I was friends with everyone and sat with everyone at lunch. But in eight grade it was just me, my sister, her best friend and my brother.”

She decided to take her high school classes online and moved to L.A. to pursue her dreams.

Soon, she was averaging two million views, per video, on YouTube.

What’s her secret to going viral? Lewis said, “Most of the platforms are interest-based algorithms. I can say that those who like comedy, dances, fashion and teenage news are likely to find me on their For You Page. Most people aim to hit the FYP (For You Page) and if your video does well, it’s likely to be shown to more people as it gets recognized as a trending video.”

Her process for creating content is pretty simple. Lewis explained, “When I create content, I usually just wing it. But I do follow a lot of trends, like: Dance trends, transition trends, etc. I also read from my devotion (my faith) to give my supporters messages. And I like to do videos showing a normal day in my life.”

Her advice to her fans who would like to follow in her footsteps is, “If you think it’s funny, then post it. Don’t doubt yourself. Be confident.”

In addition to her work as a creator, she’s focused on singing and acting: A trend that’s popular with creators as they look to expand beyond social media platforms.

Lewis hopes to open a restaurant one day. She said, “I’m not going to give too many of my ideas out but I will let you know that it’s going to be a hit! Have you ever wanted to go to a super fancy restaurant in your pajamas? Or a not so fancy restaurant all done up in a tie or a dress? Maybe you’d like to go there after prom. Stay tuned!”

If she does ever open a restaurant, you can be sure that an army of her devoted followers will be lined up around the block.