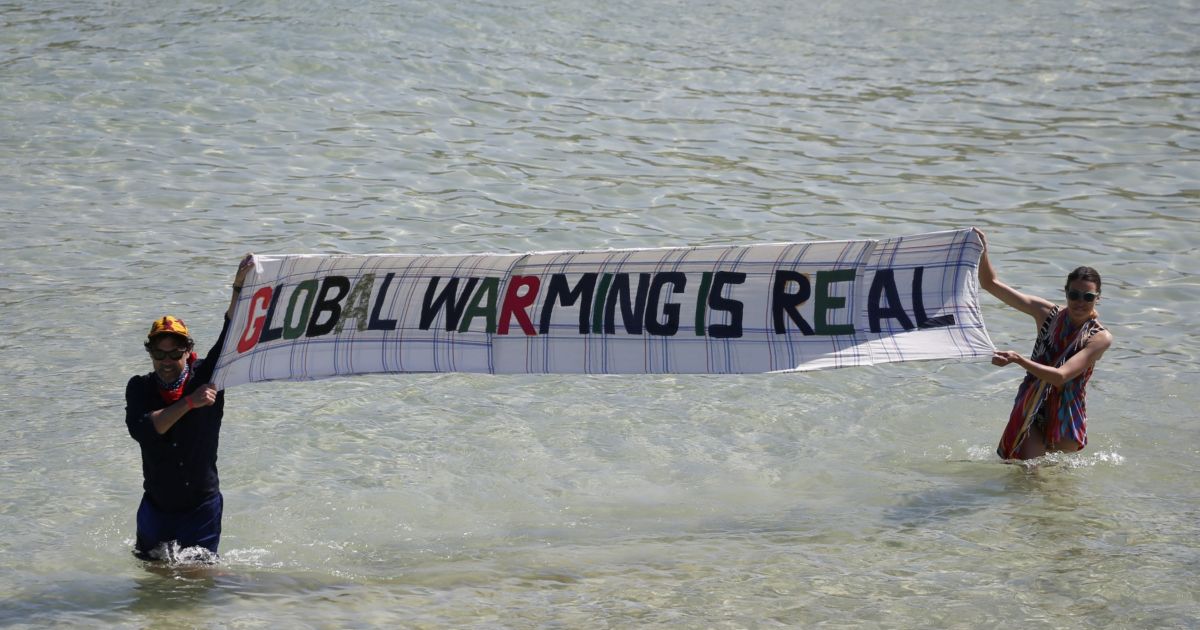 The British asset manager said the companies had made insufficient progress on addressing climate change risks.

Legal & General Investment Management, Britain’s biggest asset manager, says it will drop four companies from a number of its funds over their “insufficient” response to the challenge of climate change, including US insurer AIG.

The others to be divested, according to Tuesday’s announcement, are Chinese lender Industrial and Commercial Bank of China, US utility holding company PPL Corporation and Chinese dairy products holding company China Mengniu Dairy.

All had either not responded adequately to corporate engagement or had breached LGIM’s “red lines” around involvement in the coal sector, their carbon disclosures or their links to deforestation, the money manager said in a statement.

They join nine other companies previously excluded for similar failings by LGIM, which manages 1.2 trillion pounds ($1.7 trillion) in assets, including US oil major Exxon Mobil and Korea Electric Power Corporation.

As part of its Climate Impact Pledge launched in 2018, LGIM, part of insurer Legal & General, said the companies would be excluded from actively managed funds holding some 58 billion pounds ($81.8bn) in assets and all four would face voting sanctions using shares held across its entire equity book.

“We’ve been making consistent requests for a multi-year period … (the companies are) really not meeting what we consider to be baseline minimum standard expectations in terms of climate change management across their sectors,” said Yasmine Svan, senior sustainability analyst at LGIM.

Climate change is a pressing concern for money managers; the physical impacts of global warming, such as extreme heat and rising seas, as well as the possibility of a rapid and chaotic transition away from fossil fuels, pose significant risks to investors. This is leading investment firms to apply greater pressure on the companies they own to cut emissions and prepare for a low carbon future.

The exclusions follow a commitment by LGIM in October to expand the number of companies it engages with over climate change to 1,000 from 100.

LGIM is selling its stake in AIG due to the insurer’s lack of policies on excluding thermal coal insurance and because it has yet to disclose figures on the amount of emissions it finances, measures LGIM considers to be a minimum standard for the sector, said Svan. Industrial and Commercial Bank of China will also be dropped because of its approach to thermal coal, she said.

The British money manager also reinstated a company it had previously divested. US food retailer Kroger Co was added back following improvements in its deforestation policies and disclosure, as well as efforts to promote plant-based products that have lower climate impact.

That push was already starting to bear fruit, LGIM said on Tuesday, with 22 percent of the companies on its “priority” list now setting a target for net-zero carbon emissions.

During the current season for annual general meetings, LGIM said 130 companies would face votes against for not meeting its minimum climate change standards, mostly in the banking, insurance, real estate, tech and telecoms sectors.

As global policymakers gear up for the latest round of climate talks in Glasgow later this year, LGIM Chief Executive Officer Michelle Scrimgeour said asset managers also needed to step up.

“Progress cannot be made by acting in isolation and we, as investors, have a real role to play in the responsible allocation of capital and acting as stewards to our investee companies to encourage greater progress to meet our overall sustainability goals,” she said.