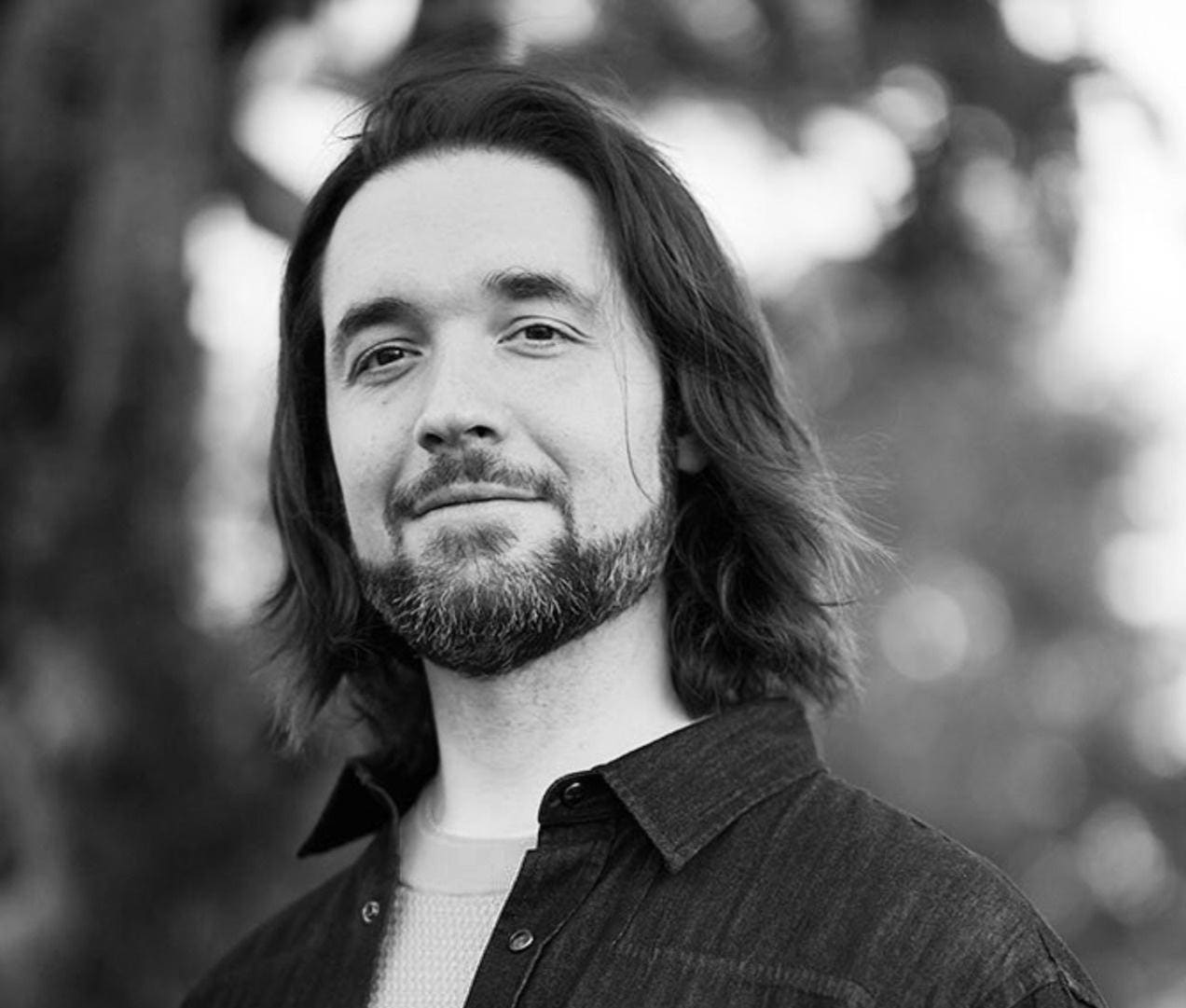 Plenty of venture capital shops have built software to support their startup investing before, some quietly, some for marketing effect. But to hear Alexis Ohanian describe his new VC firm Seven Seven Six’s tools – dramatically named Cerebro, after the X-Men character – he’s reinvented the wheel. And the former Reddit co-founder’s confident enough in his pitch that it’s hard not to go along with it.

Appearing a mash-up of Reddit and other tools like Notion and Roam Research, Cerebro’s part note taking app (think startup pitch notes and growth updates), talent directory (Ohanian’s vast professional network is in there, searchable by keyword like “machine learning” or name, with those folks he personally vouches for given an “upvote”) and message board (at the end of this month, investors in Seven Seven Six will get access to notes such as what backers of the fund Ohanian’s met at Roland Garros, where his wife Serena Williams recently competed in the French Open, had to say about Europe’s family offices’ investment appetite). And it’s one of a few flourishes that Ohanian and his collaborators on Seven Seven Six see as difference makers in what they say is a new type of VC firm.

“I know people want to talk to me about marketing or community or other things, but building product is what I love,” Ohanian says. “I’m motivated a lot by what I see as a changing tide in venture, and I think it’s become clear that venture is not immune from the software eating up every industry.”

Ohanian’s bid to be part of VC’s new wave: Seven Seven Six, which “launched” on Thursday by announcing it had formally closed its first fund, a $150 million vehicle, on target with what it was widely reported as targeting last fall. Founded alongside two of Ohanian’s longtime collaborators from Reddit and his previous venture firm in founding partner Katelin Holloway and founding chief of staff Lissie Garvin, Seven Seven Six will look to lead or co-lead seed investments; it’s made 17 so far.

Seven Seven Six is backed by a mix of endowments, foundations, funds of funds and family offices, Ohanian says, though he declined to name any. More important to Ohanian: of the investment teams at its backers, Seven Seven Six targeted a base of 50% women and 15% Black or indigenous investors. “We’ve ended up with some esteemed institutional investors as well as family offices who have never invested in venture before,” Ohanian adds. “We’re asking folks to self-report anonymously… I’m confident we’ll hit those.”

When the responses are in, Seven Seven Six plans to share all the data on its website. This is “building in public,” a push for transparency – and a way to stay in the eyes of potential customers, in this case entrepreneurs – that the firm is embracing throughout. For its recent operators-in-residence program, which commit to have three tech practitioners with different skillsets than Seven Seven Six’s founders spend a year working with its portfolio and building its software, the firm ran an open application and published the results. Ditto its program to commit 2% on top of every first check at pre-seed and seed stage as non-dilutive capital to support founders in “personal growth” and “caregiving.”

“I think that we can better hold one another accountable, and make a lot of progress by sharing what’s working and what’s not,” says Holloway, who was formerly vice president of people and culture at Reddit in Ohanian’s second stint at the social media company, then joined him as a partner at Initialized Capital. “We really want to encourage other venture firms to do the same.”

Ohanian and Garvin set out to launch Seven Seven Six, named after the original Olympic games, last summer, and were joined by Holloway several months later. All three were profoundly affected, they say, by the killing of George Floyd and subsequent Black Lives Matter protests and racial justice conversations that swept across the U.S. in following weeks. “Alexis and I were having a lot of these conversations where I was just like, ‘what can we do?’” says Garvin, who served as Ohanian’s chief of staff at Reddit and Initialized, the firm Ohanian co-founded with Midas List investor Garry Tan. “Having the opportunity to start from zero where you can be super thoughtful and intentional was really appealing to me.”

That meant a split from Initialized, where Ohanian and Tan had built up a successful firm behind the likes of Coinbase, Instacart and Ro after starting to invest while partners at accelerator Y Combinator. Parties involved and those close to the two describe a drifting apart on fund strategy (such as an early-stage focus versus multi-stage approach) and operations (Ohanian, reached for this story over Zoom in a hotel room in Europe, is known for a wide array of ideas and projects, which he shares, often over Twitter, shooting from the hip.) In April, Tan called the split a “conscious separation.”

“I’m a proud supporter of the team at 776,” Tan wrote Forbes this week. “They are stellar investors and we are excited to continue our close partnership over the years by co-investing and supporting the next generation’s world-changing startups.” “I care a lot about Garry,” Ohanian says. “We built something really great with Initialized and he will continue to have a big impact on tech,” he adds, shouting out Tan’s now-popular YouTube channel.

The biggest difference from Initialized: Seven Seven Six operates on Ohanian time, which means being fully remote, asynchronous and what to the outside world can seem a chaotic, if creative, blend of time zones and projects. “We often joke that he’s the gas and we’re the brake,” says Holloway. “Our job is to not flip the car.”

Before showing off Cerebro over his hotel’s iffy Wi-Fi – including the status of an intro to a famous entertainment figure turned investor and more intel gleaned from tennis pre-match schmoozes we agreed not to name – Ohanian argues that having worked a “semi-remote” work life for the past decade, he’s well equipped to launch a post-pandemic new-look VC firm.

“When everyone switched to Zoom for a year, I felt like Bane in The Dark Knight Rises when he’s telling Batman, ‘you merely adopted the darkness. I was born in it, molded by it,’” Ohanian says with an enthusiastic impression of villain played by Tom Hardy in the 2012 film.

Like any firm, however, Seven Seven Six will ultimately be judged by its startup portfolio. The firm’s largest check to date was a $20 million investment into Alt, a sports card business; while in Paris, he sent over a card of Roger Federer to the competitor himself, then tweeted it. Other recent investments include Dispo, the photo-sharing app that recently raised a Series A after cutting all ties with co-founder David Dobrik as the YouTube creator faced serious allegations. After promising to donate all profits from leading Dispo’s seed investment to charity, Seven Seven Six participated in the new raise. “This team did nothing wrong and we stand by them,” Ohanian says. “In fact, they’ve built an app people love that’s going viral in a new country every couple of weeks.”

Then, just before this story, Ohanian was tweeting about another investment: a $50 million Series B led into plant-based protein maker Simulate and its nuggets brand, Nuggs. For a $150 million early-stage fund, the investment appeared a head-scratcher. A source close with knowledge of the deal says Seven Seven Six’s check was $10 million; it’s also raised some special purpose vehicles already that would lift its assets under management.

“I’m very happy to be the signal that kicks off a competitive round,” Ohanian says of his back-then-hype approach. To hear him tell it, the “gregarious” persona he presents on social media isn’t all for fun, but tactical marketing for his entrepreneurs and fund. When he’s not working, he’d just as soon log off to be with his daughter, Olympia, or play video games.

But even then, Ohanian’s still likely to tweet about it to his more than 400,000 twitter followers. The morning of this article’s publication, he was online driving new followers to Seven Seven Six’s twitter account (it reached his 15,000 “launch day” target) and promoting a TV hit about the fund with a rocket ship gif.

“It’s becoming an asset to be your fullest and most authentic self online. Founders aren’t taking money from a soulless corporate logo, they’re taking money from people, and they want to know those people,” Ohanian explains. If that’s not everyone’s cup of tea, Ohanian’s unbothered. “I’m at a point in my life where I know what I want to do, and know how I want to do it.”