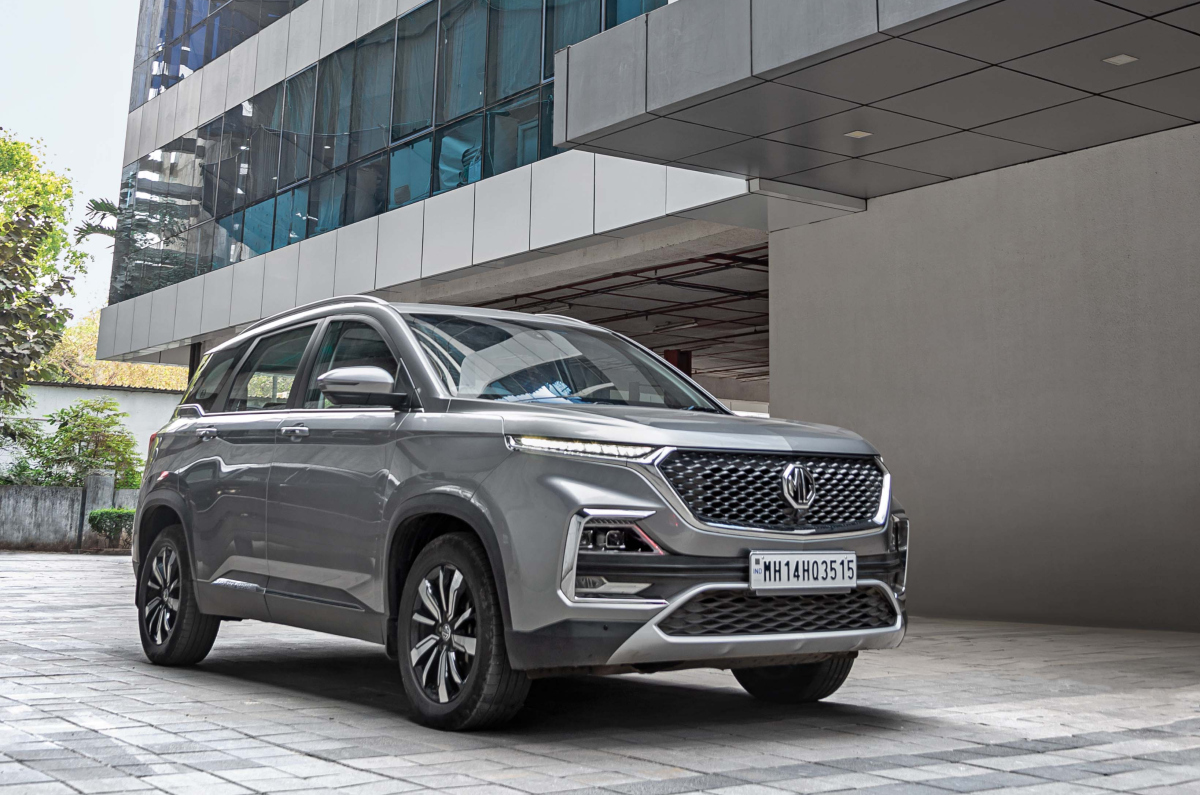 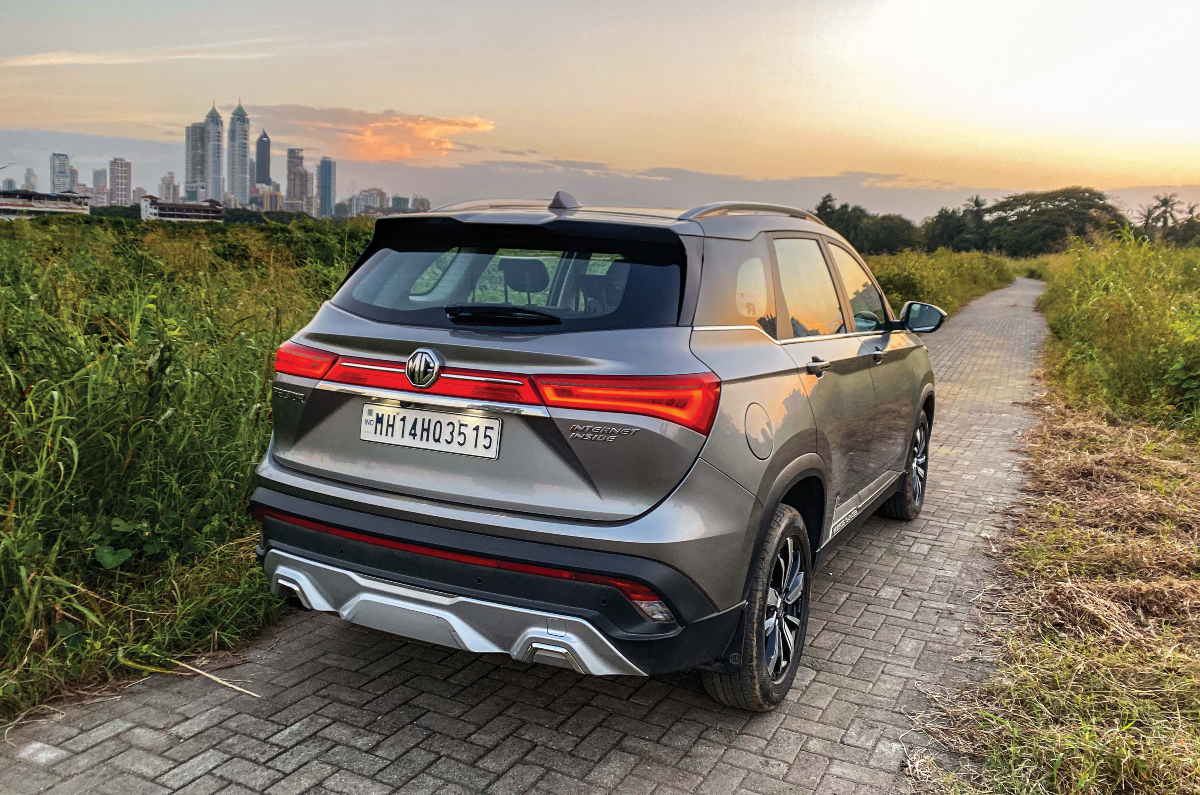 MG’s big-for-its-price Hector has turned out to be something of a pleasant surprise. This probably has something to do with expectation levels. The Hector, you see, isn’t the sort of car I’d naturally gravitate to. Large, not inclined to go fast and very laid back in demeanour, it’s a car that crucially goes all out to impress with what it’s got, rather than what it can do.

Still, I can’t say I wasn’t wowed by the space on the inside, especially in the rear. The big tablet at the centre offered many useful connected features and then what kept the Hector in favour was the fact that it sort of went about its work in an unobtrusive manner. 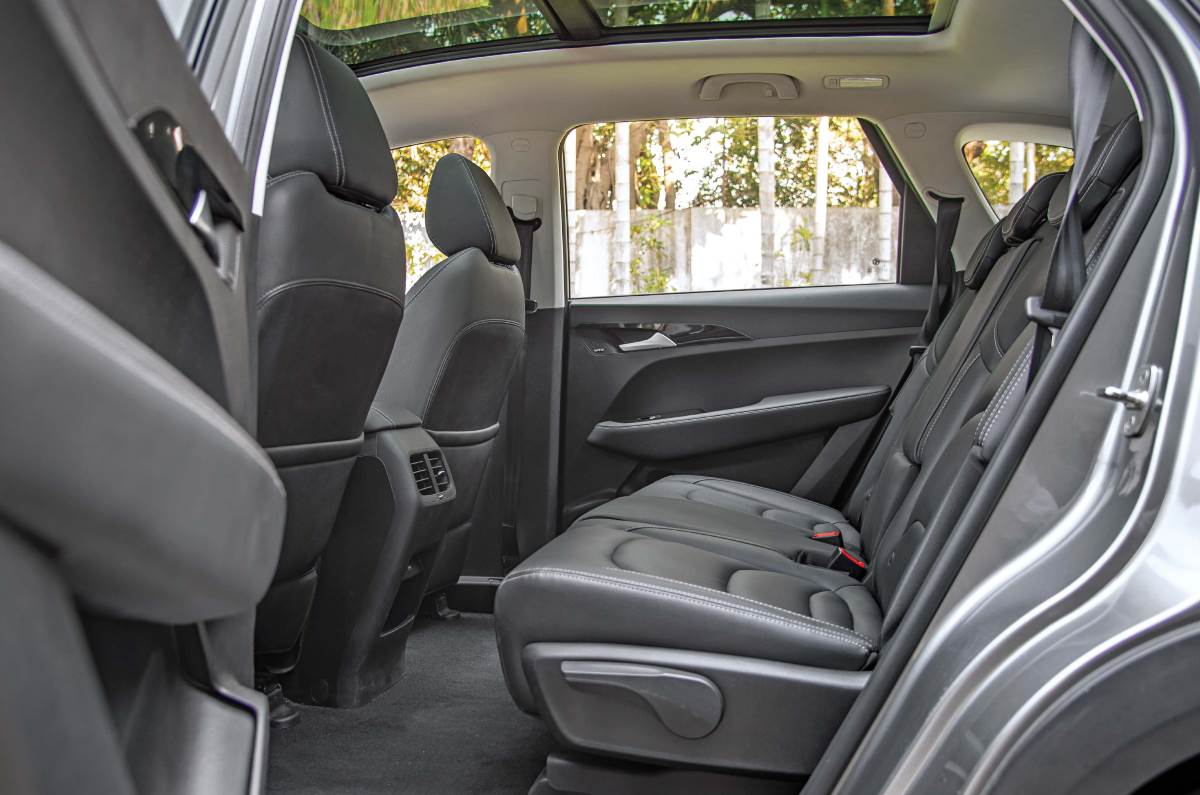 SPACE CAPSULE: Loads of legroom, you get a flat floor in the back and the cabin is wide.

But let me start with the looks, which I really like. I think the designers have done a superb job with the nose and chin, and the stance of the car, tiny wheels apart, is pretty ‘right’ as well. It also really does manage to convey something of a regal air, and that dovetails perfectly with the British heritage of the badge. Even the rear of the car is sort of cool, with its wide base, pinched window-line and tight-fitting roof. Must say, I also made full use of the powered tailgate during the lockdown, it made it easy to open and close remotely, so parcels could be loaded in the back and then collected at a convenient time.

Another big plus is the size. Its Chinese roots mean the amount of space in the back for passengers, with the flat floor and the sliding rear seats, truly, is much appreciated. Passengers really did stretch out and enjoy going on long drives. And what makes the journey enjoyable is that the huge sunroof brightens up the cabin quite nicely. There’s so much space in the back, even having a full-sized child seat in the back doesn’t impinge on space. There’s no need to push the front passenger seat forward when you install the seat, sitting three abreast at a pinch is still possible on short journeys, and then because there’s no big hump in the floor, even the ‘fifth’ passenger has sufficient legroom. 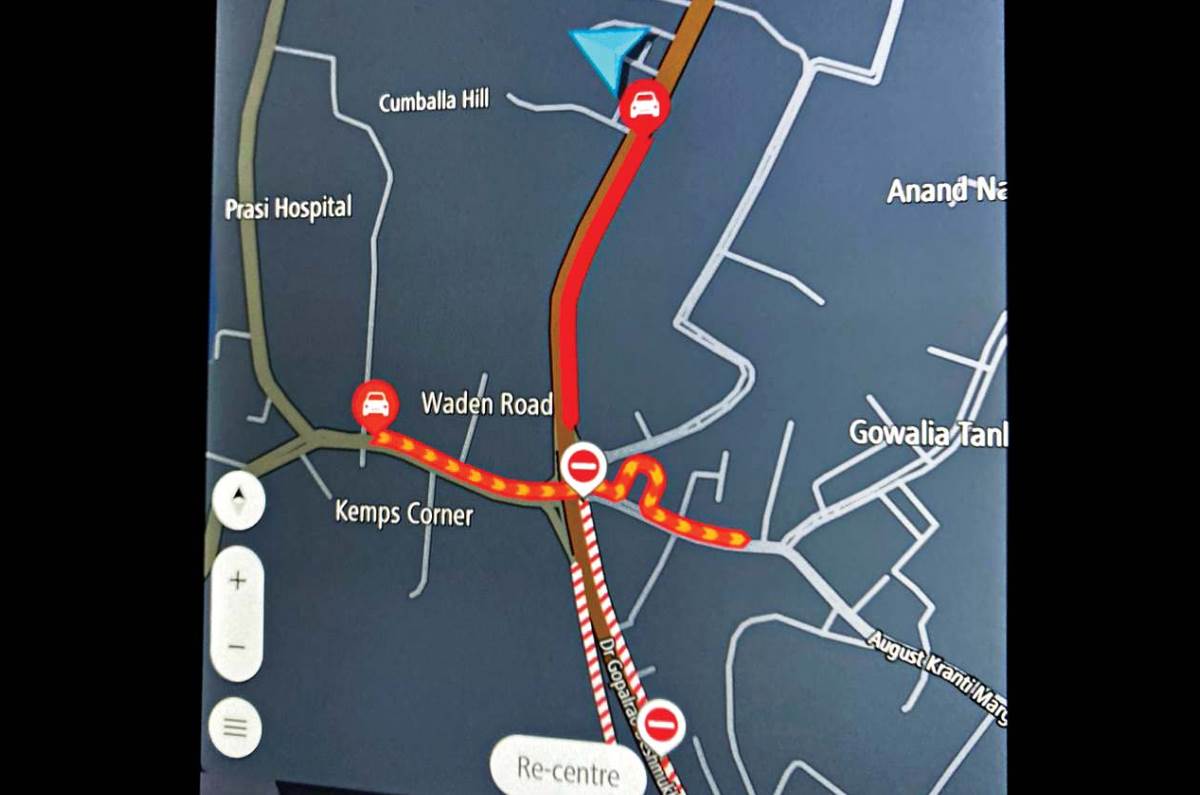 The other thing that stands out is the massive screen. This is something I took advantage of everyday. I regularly used the connected tech, in particular, the Gaana app. The Infinity audio system with the powered sub-woofer made discovering new music an absolute joy, especially on long drives. I particularly liked the fact that I could listen to the music loud, without the speakers getting tinny or hurting my ears. I did, however, have to start the app on every drive, and find music to play as well, so autoplay would be welcome.

What I also liked using was the TomTom-based navigation. The real-time traffic alerts saved me from getting stuck in jams, at least a couple of times. In fact, every time I got in a jam, I started up the navigation and looked for the sections in red. Yes, Google Maps is great, but this is just so much faster. And you don’t need to stop, grab your phone, unlock it, find the app, select it, put in a destination and then wait again. What I also discovered, but a bit late, was that a software upgrade allowed Apple CarPlay to use the entire screen. I particularly liked that I could look at my long call list in portrait mode and call back or reconnect with people easily when on the move. 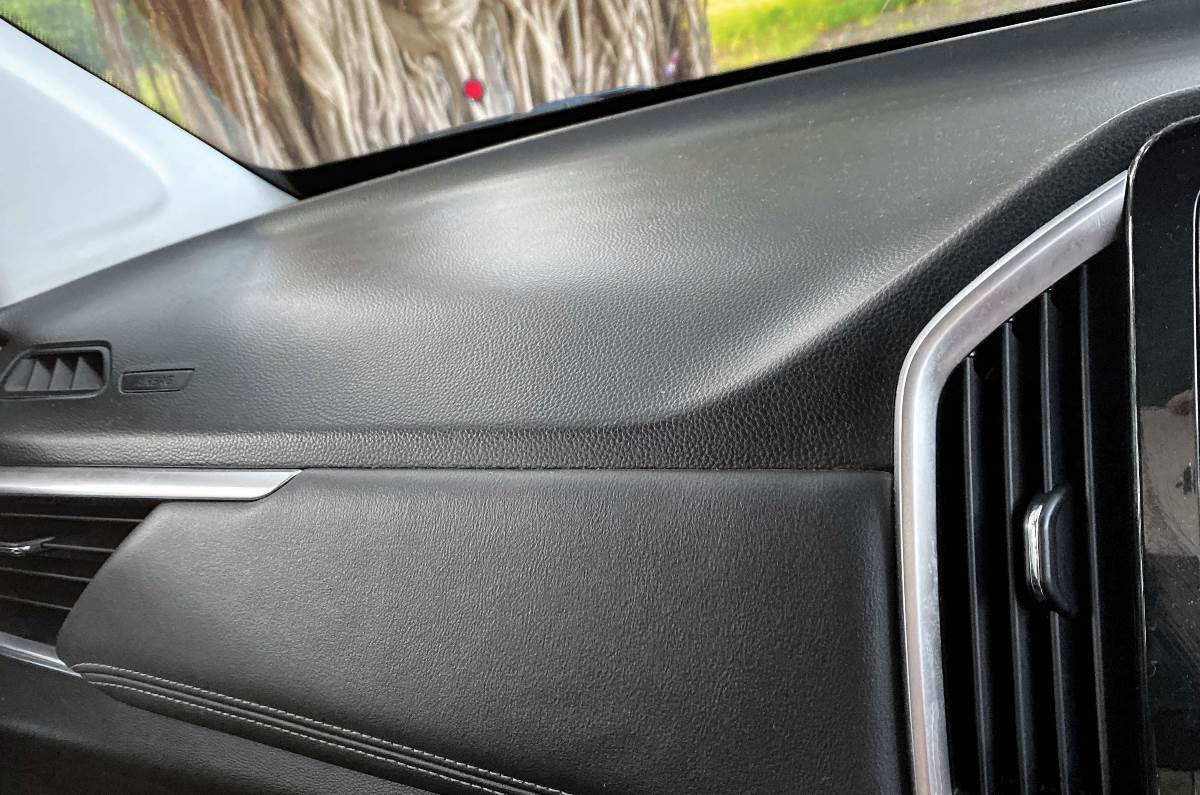 PLASTIC NOT FANTASTIC: Ordinary plastic quality on the inside doesn’t manage to convince in places.

Not everything is great about the screen and system. The interface isn’t great, the hardware is slow and laggy, the camera resolution is poor and the system can’t multi-task, so adjusting the fan speed while you are on a call, for example, isn’t possible. Also, the voice recognition needs to improve and can we please have real buttons for fan speed!

The Hector also isn’t a car you buy for its driving dynamics. This is apparent soon. But then it also isn’t one that you don’t buy because of the way it drives. The driving experience is pleasant and the Hector goes about stuff in an unobtrusive manner; nothing more nothing less. For all the time I spent with it, the Hector was painless to drive in city traffic. The steering is appropriately light at low speeds, the Hector feels stable when you change lanes and the Jeep (Fiat) 170hp Multijet even provides plenty of usable oomph. You really need an automatic at this price, the clutch can get snappy at times but that aside, the Hector manages quite well in the city.

Hot foot it, however, and you, err, expose the Hector’s Achilles’ heel. At higher speeds, the big MG clearly needs more of your attention. Load it up with passengers and luggage and there’s also a sloppiness that creeps in. The front begins to bob over bumps, it rolls without much provocation and it is generally uncomfortable at the speeds the Jeep engine can propel it. Luckily the ‘messages’ to slow down can be heard loud and clear. 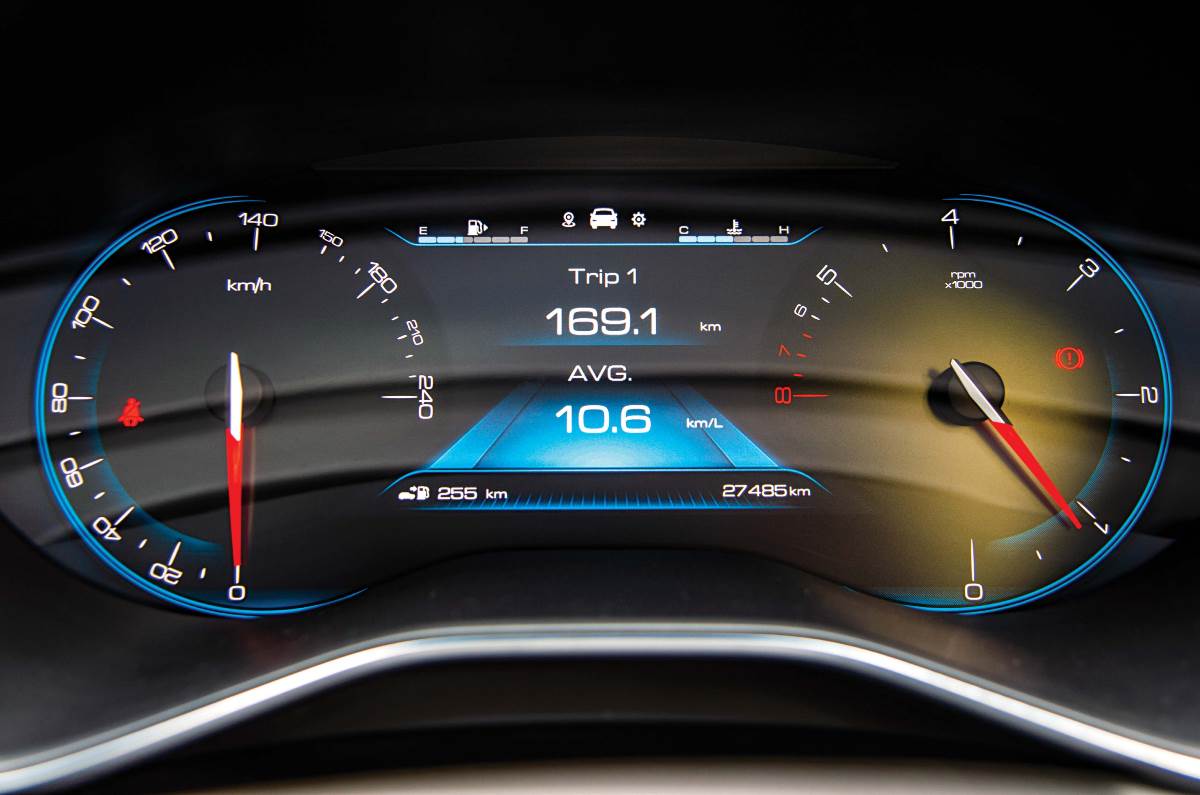 DIAL UP: Ordinary looking dials draw your attention to rivals who are now digital.

The other thing I increasingly found to be below par was plastic quality. Also, there’s no secure place to put your phone down. Additionally, the tyre pressure sensors on our car were wired the wrong way around; the front and rear axle having been swapped.

Still the big Hector delivers more SUV for your money than any other car in its class. At least a half-size bigger than the rest of the competition, it is well equipped, is now better looking on the inside, and the 2021 version even comes with more features like ventilated front seats, wireless charging and, on the petrol automatic, an electrically actuated parking brake. Those looking for the maximum bang for your buck, look no further.