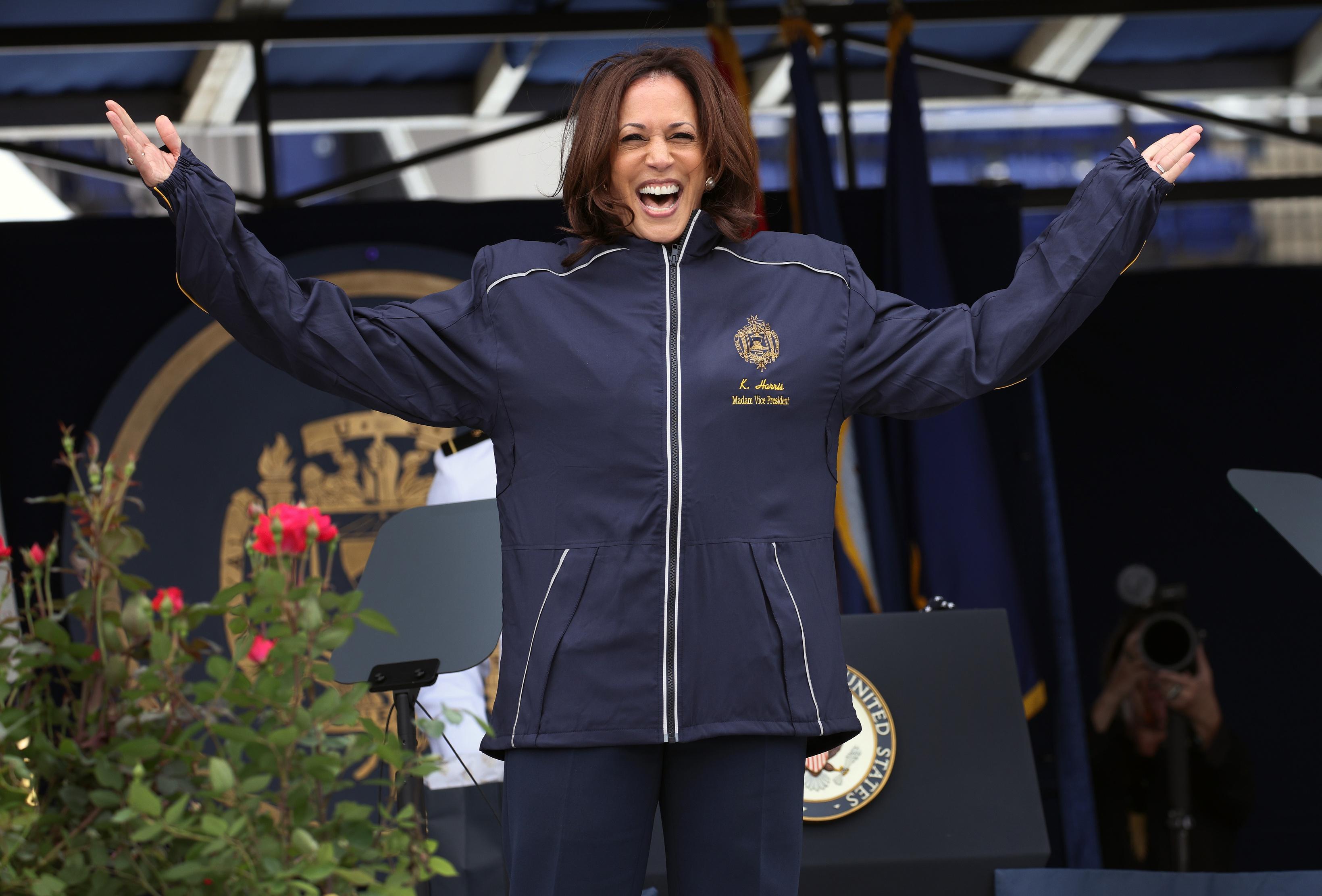 Vice President Kamala Harris paid tribute to those military veterans who paid the ultimate price for our freedoms on Sunday morning. From the official @VP account, Harris wrote, “Throughout our history our service men and women have risked everything to defend our freedoms and our country. As we prepare to honor them on Memorial Day, we remember their service and their sacrifice.”

The tweet, which was quickly liked and retweeted, came after a previous message that the vice president had shared earlier in the holiday weekend.

On Saturday afternoon from the same account, the vice president tweeted a smiling photo of herself and the message, “Enjoy the long weekend.”

Whilst that tweet had been liked more than 66,000 times, and had been retweeted more than 4,500 times, it created a small firestorm among veterans who felt Harris was missing the true point of the “long weekend.”

The Twitter account for Code of Vets (@codeofvets), an organization that uses social media platforms to help veterans in crisis or need, was among the first to react to the tweet from Harris.

“It is Memorial Day weekend. This weekend is our time as a nation to honor our Fallen. It is our dedicated time to reflect on our war fighters, those who paid the ultimate price for our Freedom,” the @codeofvets account noted.

Paul Szoldra (@PaulSzoldra), editor-in-chief of Task & Purpose and Marine veteran, also scolded the VP, writing, “It is Memorial Day weekend. This weekend is our time as a nation to honor our Fallen. It is our dedicated time to reflect on our war fighters, those who paid the ultimate price for our Freedom.”

Rep. Kevin McCarthy (R-Calif.), also took to social media and pointed out, “Memorial Day weekend is a time to remember and express our gratitude to the men and women in uniform who gave the ultimate sacrifice for our freedom. It’s NOT just a long weekend.”

Another Day To Divide Us

By Sunday morning “Vice President” was trending as was “Memorial Day” with many calling out Harris, but just as many taking aim at the GOP, and brought up the January 6th Capitol Hill riots.

Others questioned why the VP was targeted for her original tweet.

“Last time I checked Memorial Day was just one day. Since Monday is the actual holiday it makes it a long weekend. No different than Labor day weekend and this year 4th of July weekend. All long weekends due to Holiday. Republicans need to get over it,” wrote @Chick43235.

The Vice President Harris clearly does know the significance of Memorial Day, as @DACHELLEB posted a past message from @KamalaHarris on Memorial Day 2020.

Yet the truth is that many Americans likely do not. It is a day that has unfortunately become even more commercialized than Christmas – with retailers offering sales and Hollywood traditionally using it release a potential blockbuster with faux heroes in capes.

Many people think it is a holiday to honor American military veterans, but that’s not entirely true.

November 11, which began as Armistice Day to mark the end of the First World War and evolved into Veterans Day, is when we pay tribute to those who served in the United States military. Memorial Day is actually a far more solemn occasion, or at least it should be.

It is the day that is meant to honor those men and women who died while serving in the United States Armed Forces. It is a time to reflect and remember those American patriots who made the ultimate sacrifice while protecting and defending the country they loved.

The significance was noted by actor/activist Gary Sinise (@GarySinise), who put patriotism before politics. He wrote, ” Tomorrow is Memorial Day, a solemn day of remembrance and honor for those who have given their lives in service to our country. Tonight we pay tribute to our fallen heroes and all who have served with the National Memorial Day Concert on PBS.”