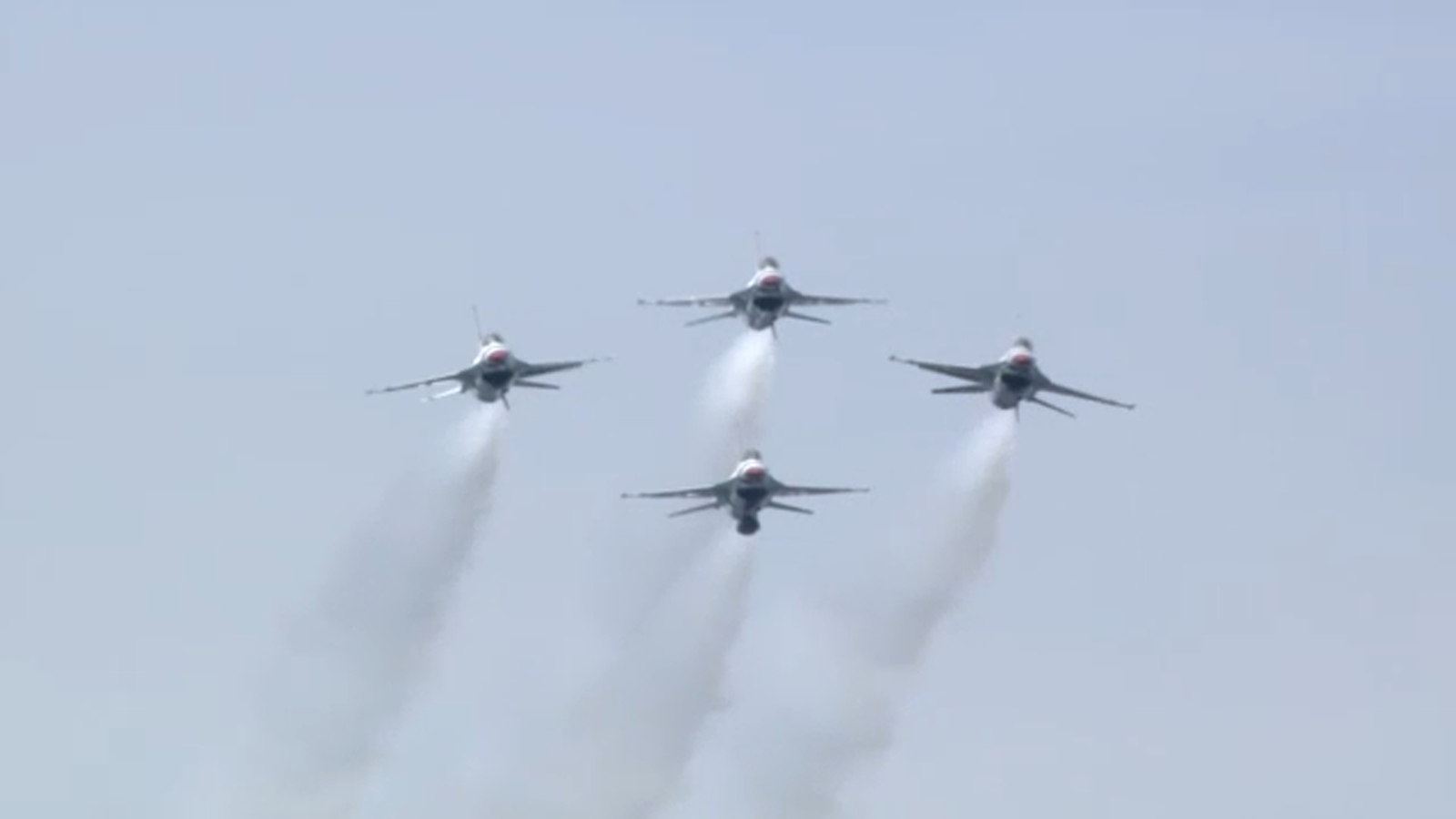 JONES BEACH, Long Island (WABC) — The 2021 Bethpage Air Show at Jones Beach will take place for the first time on Memorial Day after being washed out over the weekend.

Officials said the event will now take place on Memorial Day from 12 p.m. to 3 p.m.

“This year will be the first time the performance was held on Memorial Day since being launched at Jones Beach State Park in 2004,” officials said in a statement.

The United States Air Force Thunderbirds, one of the event’s biggest draws, confirmed on Twitter that they would be staying an extra day to thrill the crowds on Monday.

After two days of inclement weather and show cancellations, we are excited to announce we’re staying an extra day in NY to perform at the #Bethpage Air Show at Jones Beach State Park tomorrow, Monday, May 31st.

As the show was called off on both Saturday and Sunday, the air show officials say they are confident by mid-morning Monday weather conditions will improve to put on the show.

“I’m tremendously grateful for all the partners, performers and staff who are pulling together to make Monday’s show happen,” said State Parks Commissioner Erik Kulleseid. “We’re excited for the traditional summer season at Jones Beach, starting with the Bethpage Air Show.”

Parking passes from the Saturday and Sunday canceled shows will be honored, as well as the passes for health care heroes.

Sunday was supposed to be “take two” for the show after Saturday’s performance was postponed because of the poor weather conditions.

The unofficial start to summer was a wet one on New York’s beaches. Boardwalks and beaches didn’t see the crowds they were hoping for and Saturday’s sold out air show was postponed due to inclement weather.

Many were disappointed, but the decision was made for the safety of the performers and spectators.
On Saturday, F-16 Thunderbirds were scheduled to headline and more than 46,000 showed up for the practice run Friday.
RELATED: Watch “Kickoff to a Long Island Summer” with the Eyewitness News team
After last year’s show was canceled due to the pandemic, many were hoping planes would still fly this morning.

Life insurers fear Q1 loss due to Covid, up provisions

“No” to Managed Repair, “Yes” to Overhead and Profit And “Yes” to Appraisal—Louisiana Takes Steps to Maintain Traditional Rights Afforded To Policyholders