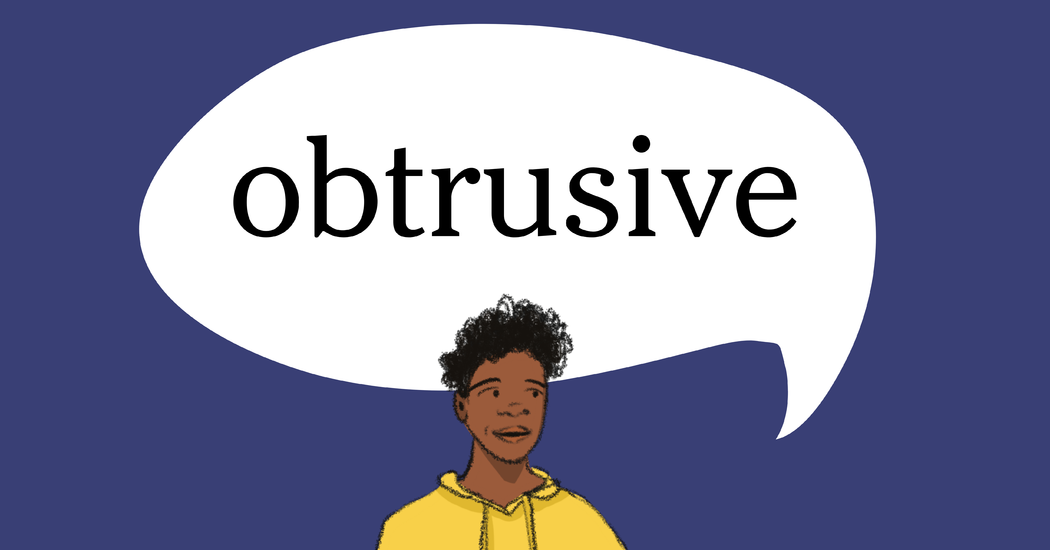 Note: This is our final Word of the Day for the 2020-21 school year. The feature will start again in September.

The word obtrusive has appeared in nine articles on NYTimes.com in the past year, including on Feb. 26 in “Atop the McGraw-Hill Building, the Name Stays” by John Freeman Gill:

Right upstairs, hulking above 230 Park, is the obtrusive and unloved skyscraper built in 1963 for Pan American World Airways. For three decades the name Pan Am, rendered in aluminum and neon, was affixed to the tower’s top, one of the most visible signs the city has ever known.

Pan Am went bankrupt in 1991, and when the building’s owner, the Metropolitan Life Insurance Company, announced plans to change the tower’s name, the architect Robert A.M. Stern asked cheekily, “Couldn’t they just leave the sign up and take the building down?”

But the tower has now worn its “new” name nearly as long as it wore its old one, and to a generation of New Yorkers who were born or arrived here since the early 1990s, the building is known as the MetLife.

Can you correctly use the word obtrusive in a sentence?

If you want a better idea of how obtrusive can be used in a sentence, read these usage examples on Vocabulary.com.