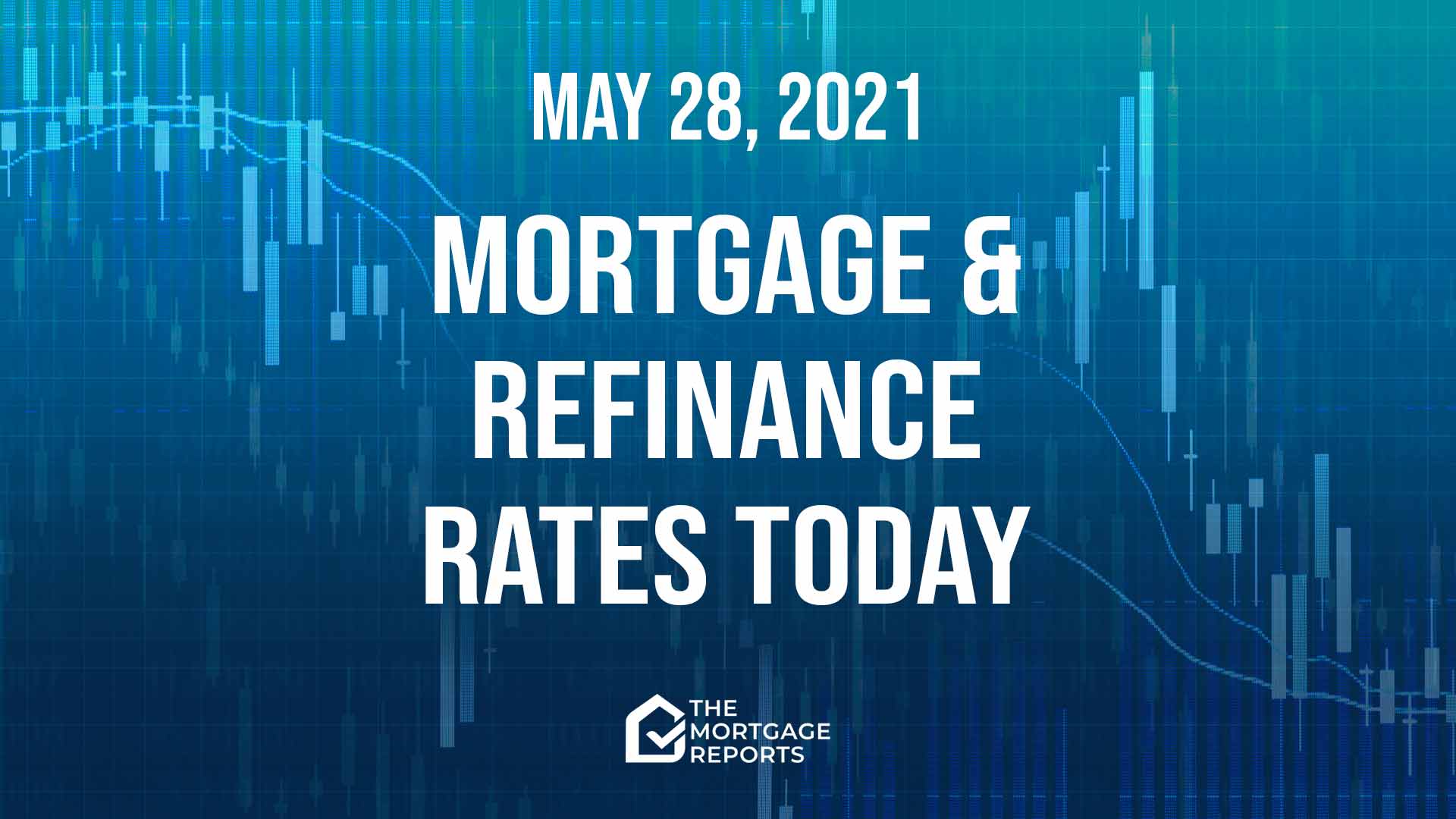 Average mortgage rates rose moderately yesterday. But that wiped out only about half the gains made over the preceding days’ falls. So things are still good.

Markets are closed next Monday for Memorial Day. So we’ll see you for our weekend edition tomorrow, and then next Tuesday.

Many investors and traders are probably already in long-weekend mode. So it would be no surprise if markets were quiet, in spite of important economic data being published this morning. And, so far, mortgage rates today look likely to hold steady or just inch either side of the neutral line.

Personally, I’d lock soon based on a risk-and-reward assessment. Of course, you may get away with floating for much longer and continuing to gain.

But your rewards are likely to be limited while your exposure to risk could be much more significant. Naturally, it’s relatively low risk to continue to float on days when mortgage rates look likely to hold steady or fall.

So my personal, overall rate lock recommendations must remain:

So use markets only as a rough guide. Because they have to be exceptionally strong or weak to rely on them. But, with that caveat, so far mortgage rates today look likely to be unmoved or barely moved However, be aware that intraday swings (when rates change direction during the day) are a common feature right now.

Mr. Powell thinks that for inflation to become a problem requires some combination of an overheating economy and the public’s expectations of inflation shooting up. With employment far below its prepandemic level, he thinks that won’t happen for years. Yet it isn’t out of the question, and in that event the Fed, even under Mr. Powell’s new framework, would have to tighten monetary policy, which could roil markets and the economy. Many on Wall Street and some economists, led by Harvard University’s Lawrence Summers, an adviser to past Democratic presidents, think this is a bigger risk than Mr. Powell realizes.

Now, that’s a masterly summary of where we currently are. “Many on Wall Street and some economists” think the Fed and the White House are underestimating the threat of future inflation. And, if enough join them to create a tipping point, and the public ends up sharing their fears, then it won’t matter who’s right. Because inflation will become a self-fulfilling prophecy.

And even if the fear of inflation evaporates, the expected boom this year is likely to push those rates up, though probably more moderately. Thathat boom looks set to be even more likely from today, according to The New York Times:

President Biden will propose a $6 trillion budget on Friday that would take the United States to its highest sustained levels of federal spending since World War II as he looks to fund a sweeping economic agenda that includes large new investments in education, transportation and fighting climate change.

Data published this morning shows inflation (in the form of the core personal consumption expenditure index) currently running warmer than expected, “posting its biggest year-on-year rise since the 1990s,” according to The Financial Times.

However, those rises were mostly replaced by falls in April, though those moderated during the second half of that month. Meanwhile, May has so far seen falls outweighing rises, though only slightly. Freddie’s May 27 report puts that weekly average at 2.95% (with 0.6 fees and points), down from the previous week’s 3.0%.

Looking further ahead, Fannie Mae, Freddie Mac and the Mortgage Bankers Association (MBA) each has a team of economists dedicated to monitoring and forecasting what will happen to the economy, the housing sector, and mortgage rates.

The numbers in the table below are for 30-year, fixed-rate mortgages. Fannie’s were updated on May 19 and the MBA’s on May 21. Freddie’s forecast is dated April 14. But it now updates only quarterly. So expect its numbers to begin to look stale soon.

What Is Prepaid Interest? Here’s Why You Need to Pay the Mortgage Lender Ahead of Time

Should you build or buy a house in 2022?: Cost comparison