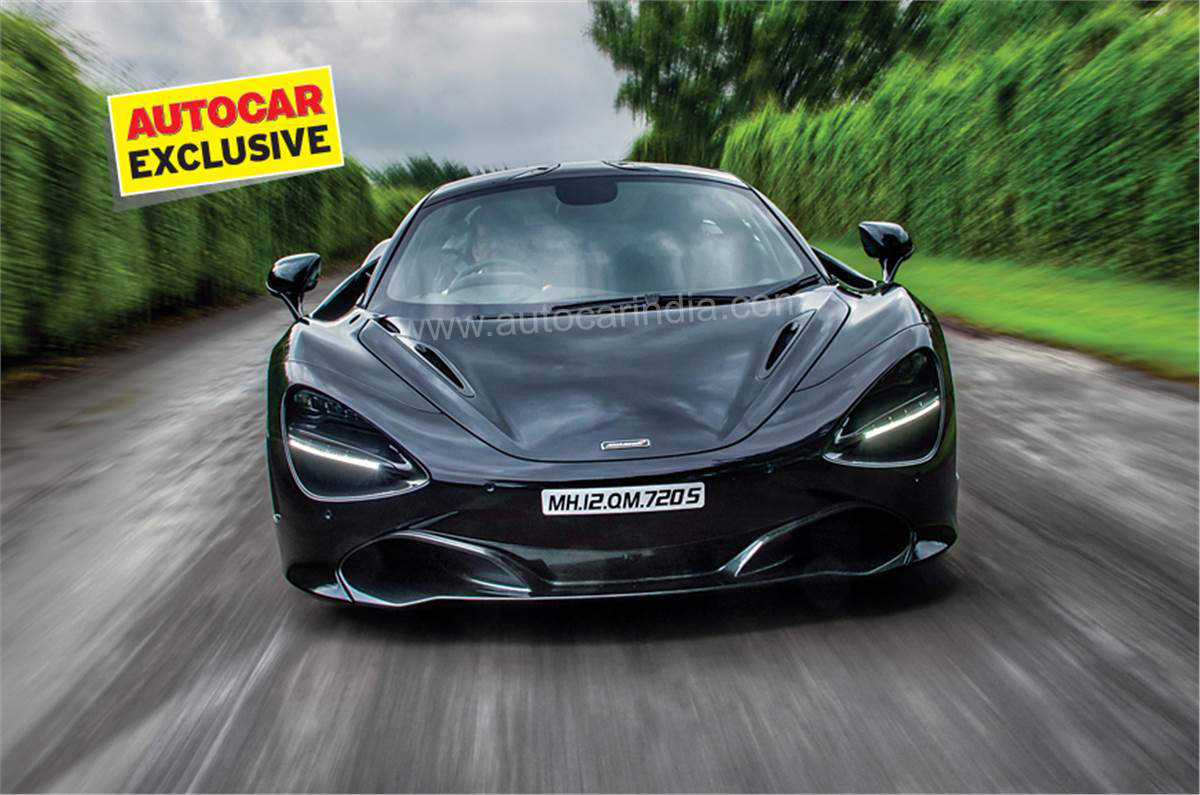 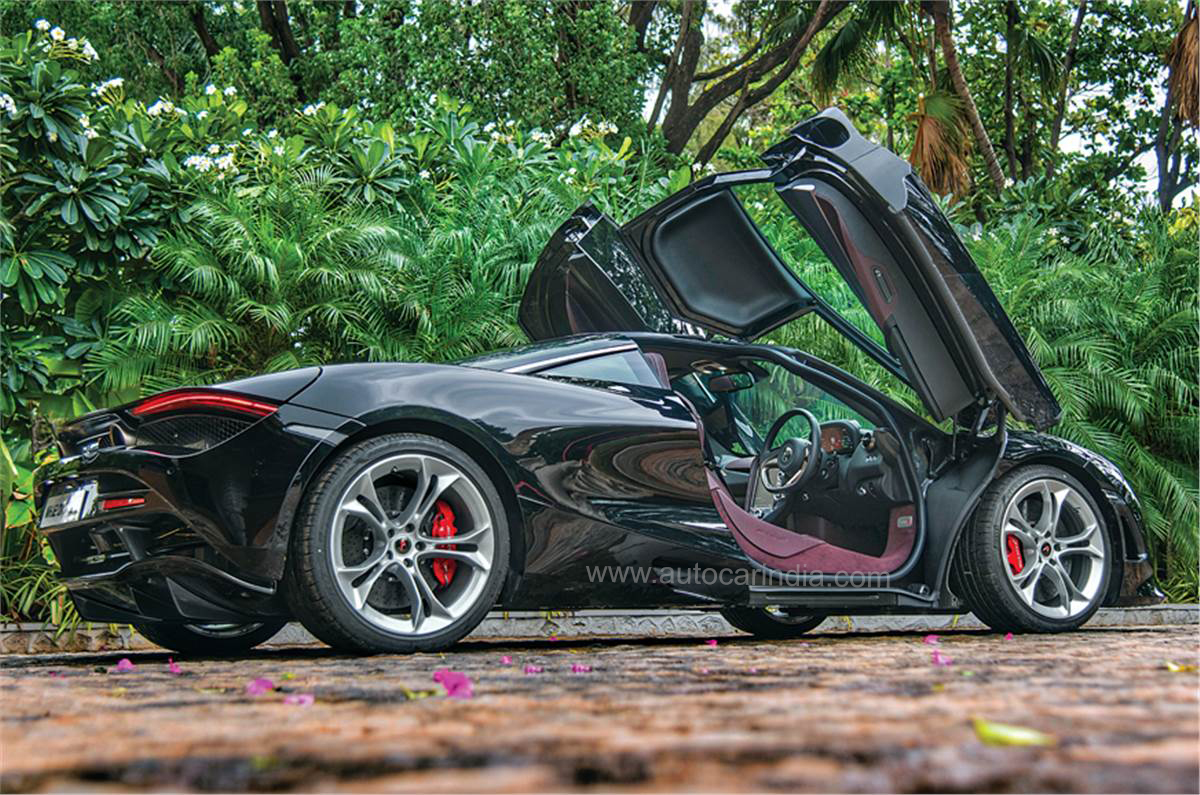 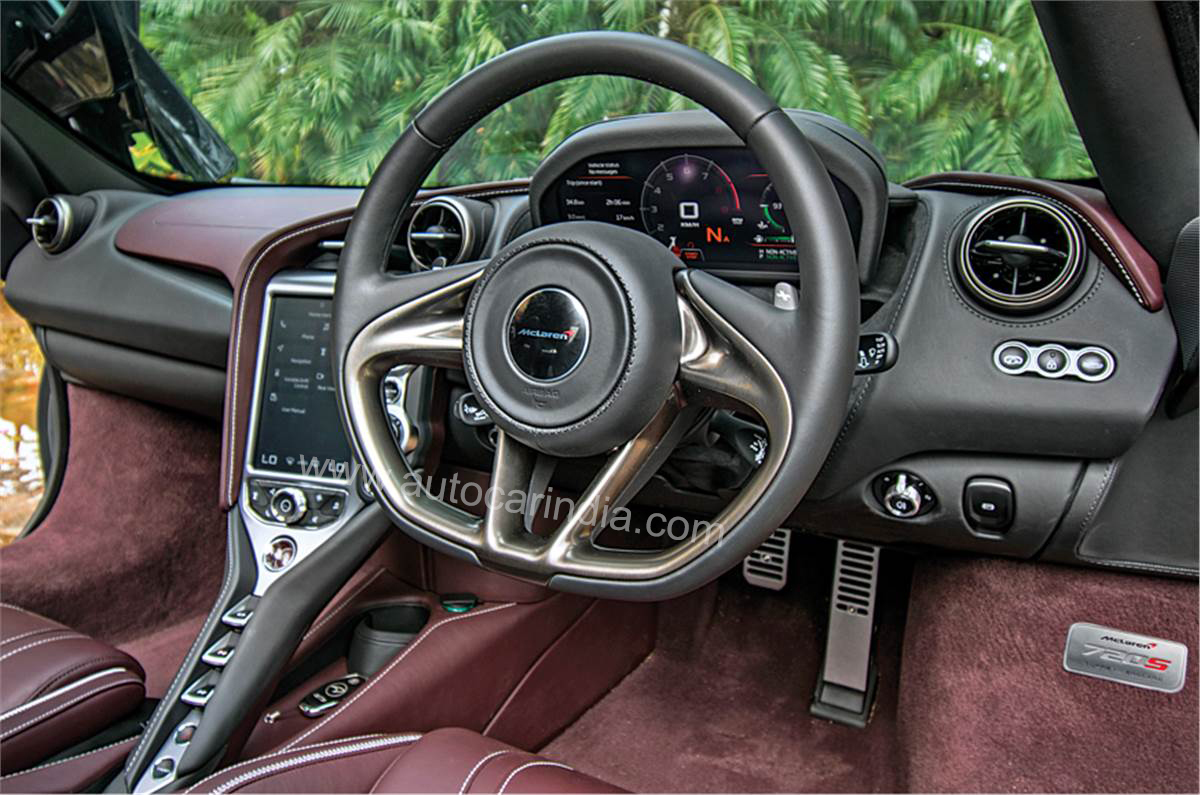 The McLaren 720S is part of the brand’s Super Series range and a direct rival to the Ferrari F8 Tributo. The British carmaker is finally making its official entry to India, and to see what this 720hp supercar is in our conditions, and if Ferrari needs to be worried about losing customers in India, we have driven the McLaren 720S exclusively on Indian roads. 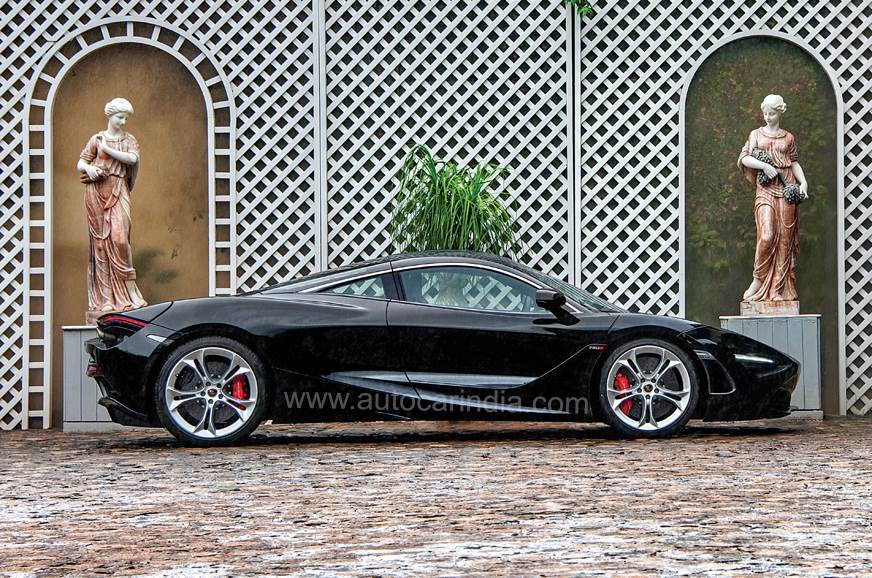 Making a high-performance sportscar that can deliver an astounding set of figures is actually the easy part for McLaren. Where the British specialist sportscar maker has typically struggled is to deliver stupendous performance with an equal amount of emotion and drama. Yes, that’s the edge arch rival Ferrari has always had, but, of late, McLaren is winning hearts on the sheer strengths of performance, design, and technology that is best embodied in the 720S. It’s this very car that is giving Ferrari nightmares as it strikes straight at its heart, which is the bread-and-butter F8 Tributo.

This car we’ve driven has been kindly loaned to us by Adar Poonawalla, CEO of the Serum Institute of India, and a serious car enthusiast. In fact, Adar fell in love with the 720S the moment he saw it in a London showroom and had one shipped to India. Not many know that for cars with petrol engines more than 3.0 litres and costing over USD 40,000, you don’t have to go through the same hoops of regulatory approvals that otherwise are a barrier to import cars from lesser categories. Yes, it’s legally possible to import supercars even if they are not officially represented in India in the ‘Private Imports’ category. However, the paperwork is quite a hassle, which is why not many bother, but Adar, a long-time Ferrari owner, couldn’t wait for something he saw as refreshingly different. Just the kind of reaction Ferrari must dread.

For a car developing 720hp (hence the name 720S), you would expect the bodywork to be replete with heat dissipating and downforce-generating ducts, spoilers and aero appendages. But to keep the shape clean and uncluttered, McLaren’s designers have tucked these bits away. The sides have no cooling ducts; they’ve been moved to near the engine bay to feed the intercoolers. The rear spoiler sits flush with the bodywork and is deployed for more downforce. Hinged at the front, it also pivots upward to act as an airbrake. In fact, it’s the interplay of surfaces like the engine cover, rear flanks, and bumper that gives the 720S’ rear more character than the front. And the rear diffuser only adds to its purposeful look. 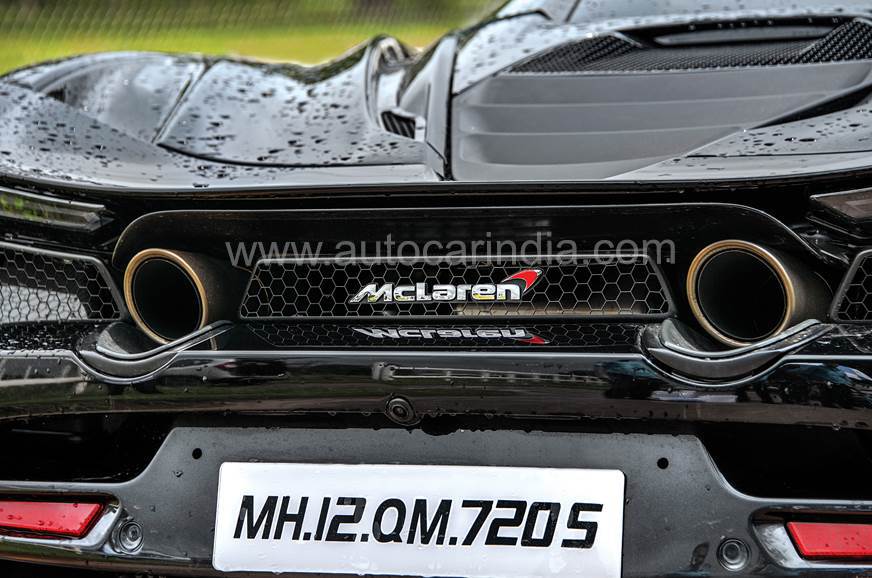 Nicely sculpted rear end with high-mounted twin exhausts has a lot of character.

From the front, it looks a bit generic, like it’s been designed for a specific purpose and not from the heart. That’s not to say it’s a bad-looking car. Quite the opposite. The superbly proportioned 720S, squatting on muscular haunches, will turn heads anywhere, especially when you swing the butterfly doors skyward. In fact, it’s the signature butterfly doors that differentiate the 720S and give it an element of drama over its rivals.

Inside the cabin, however, it’s a more business-like environment. Forward visibility is really good thanks to the super-slim A-pillars; the upshot of a new generation of carbon-fibre chassis that is incredibly stiff. The driving position is spot on too, with the pedals and steering wheel rightly placed. Not rightly placed though are the controls to electrically adjust the seat. Positioned on the inside of the seat base, your hand fouls with the central tunnel when you reach for the buttons. 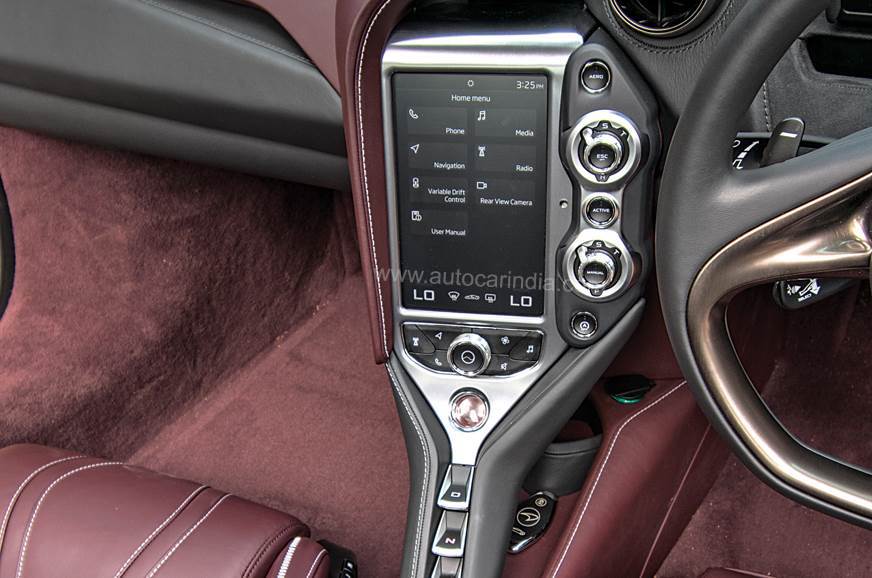 And speaking of buttons, McLaren doesn’t have a single one on the steering wheel, quite the opposite of Ferrari. It uses conventional stalks to operate the lights, wipers, and indicators, while the driving modes can be selected via two chunky knobs (one for the engine and one for the chassis settings) on the centre console. The slim centre console gets a portrait-oriented touchscreen which gets narrower towards the bottom where the D, N and R buttons are located. 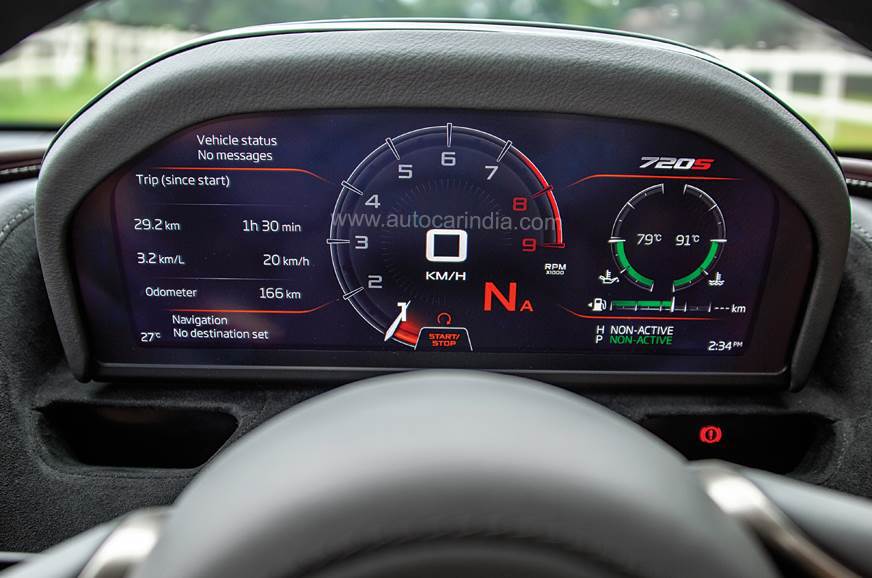 Standard screen has all the info you want.

The party trick is the folding instrument screen, which, in the default or the upright position, gives a full display. A touch of a button on the dash folds the screen down, bringing the top edge – which houses a slim readout for basics like engine revs and speed – into view. It’s all very F1-like and a pretty cool touch. 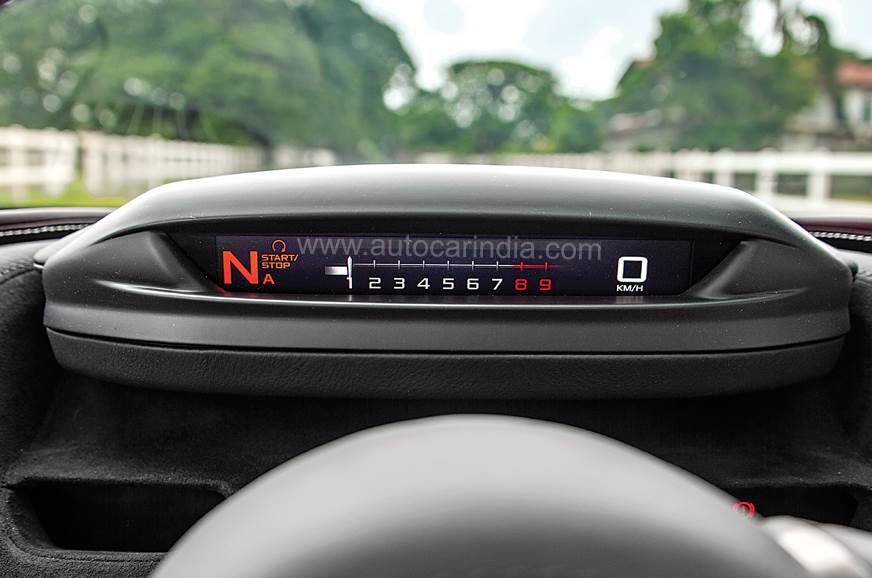 The roads we are on today are not exactly ideal to try out a supercar. The only clean stretch I find is narrow, but fairly smooth and, more importantly, without traffic. However, these less-than-optimal conditions were a revelation of the 720S’ amazing user-friendliness in almost any environment. It’s so easy to drive and so unintimidating, you’re immediately comfortable behind the wheel.

At low speeds, the 720S drives like a normal car. There are no hiccups from the seven-speed twin-clutch automatic transmission, no hesitation from the 4.0 twin-turbo V8 and not much mechanical or road noise either. The ride too is amazingly pliant for a car with tiny suspension travel and even tinier sidewalls.

Time now to unleash those 720 horses. I brace myself to give corrective steering inputs to counter the rear tyres scrabbling for grip on the partially wet surface. But, astonishingly, the 720S simply rockets forward without any fuss. The brilliance of the 720S is how it doesn’t dart around, and tracks true even on this mildly uneven road. 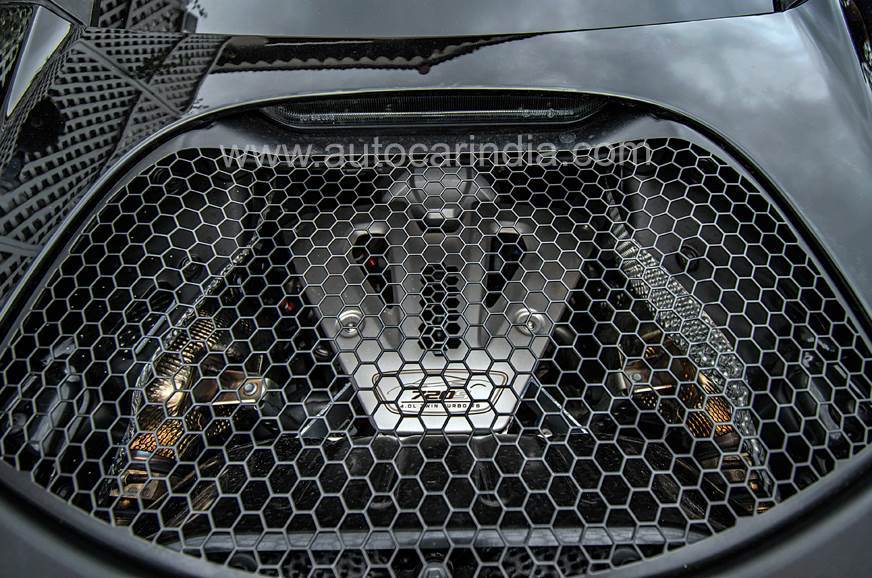 It’s clear within the first hundred metres of driving that the car’s performance is so approachable and that’s what sets it apart from its rivals. There’s no drama, no histrionics, just one massive head-snapping surge of acceleration that is more thrilling than frightening. It blasts from 0-100kph in just 2.9sec and has a top speed of 341kph – a speed most owners will never get close to, but to many, that’s worth its weight in bragging rights. There’s no turbo lag to speak of and the engine spins to its 8,100rpm limit in a flash. There’s no let-up in pace and the relentless pull feels strongest closer to the redline.

The only disappointment is the engine note which is nowhere near as spine-tingling as its performance. Turbochargers stifle exhaust sounds but on the 720S, they seem to have muzzled it. Yes, the engine is still loud when you approach the redline but it doesn’t crescendo to a higher pitch like its Italian rivals. What the 720S promises is good business for aftermarket exhaust suppliers.

After a couple of full-bore acceleration runs on the small service road, I take the 720S into the big bad world, which is NH65 or the Pune-Sholapur highway. The highway junction is pothole-infested, with traffic coming at you from all sides. In a supercar, that’s a nightmarish situation. But in the McLaren, the fantastic visibility through the generous glass area and the astonishing way the suspension copes with the bad roads softens the pain. 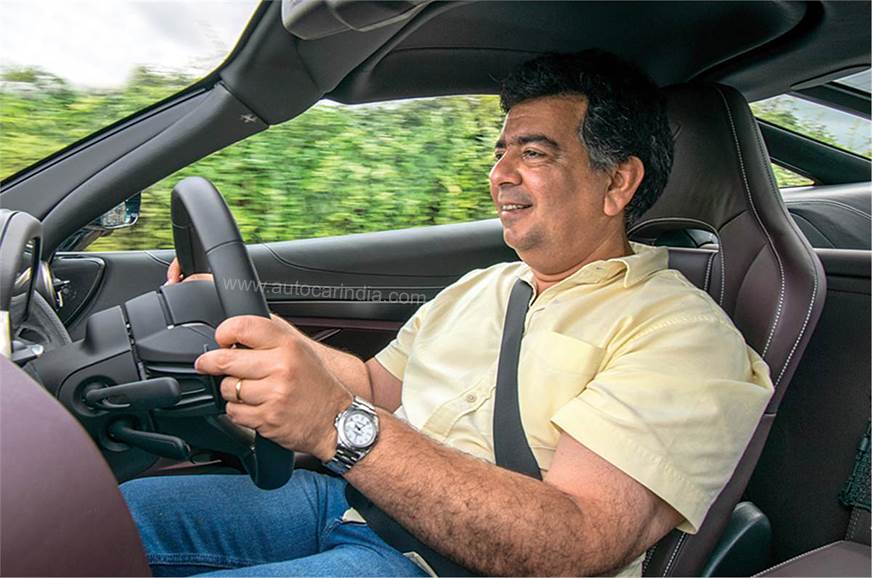 The 720S is shockingly quick yet easy to drive.

The astonishing performance of the 720S is complemented by an equally incredible chassis, which allows ordinary drivers to drive it hard with complete confidence and even abandon. The fixed-ratio hydraulic steering doesn’t have that quick off-centre feel of the Ferrari 488 or F8 Tributo, but what it offers is a more linear response and fantastic feedback. We didn’t find the space or the right road to fully exploit the chassis but I can tell you that on this brief drive, which included lots of bumpy tarmac, the overall sense of control you get is unbeatable. 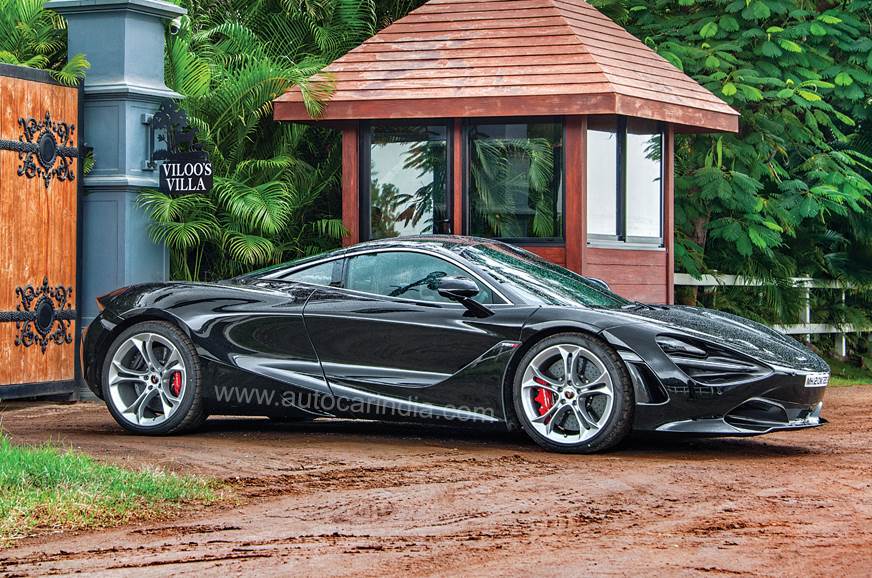 The lasting impression from this short drive is the matter-of-fact way in which the 720S serves up its performance. It won’t break into a sweat (and neither will the driver) when asked to keep up with a Ferrari F8. It rides better, doesn’t feel as edgy and hence is easier to handle too. So flawless is the 720S to drive that the driving experience feels a bit too clinical. At an estimated price of around Rs 4 crore (ex-showroom), is it a worthy rival to a F8 Tributo or a Lamborghini Huracán Evo then? Certainly. It won’t engage you as emotionally but will hook you with its engineering brilliance. Bring it on, McLaren.