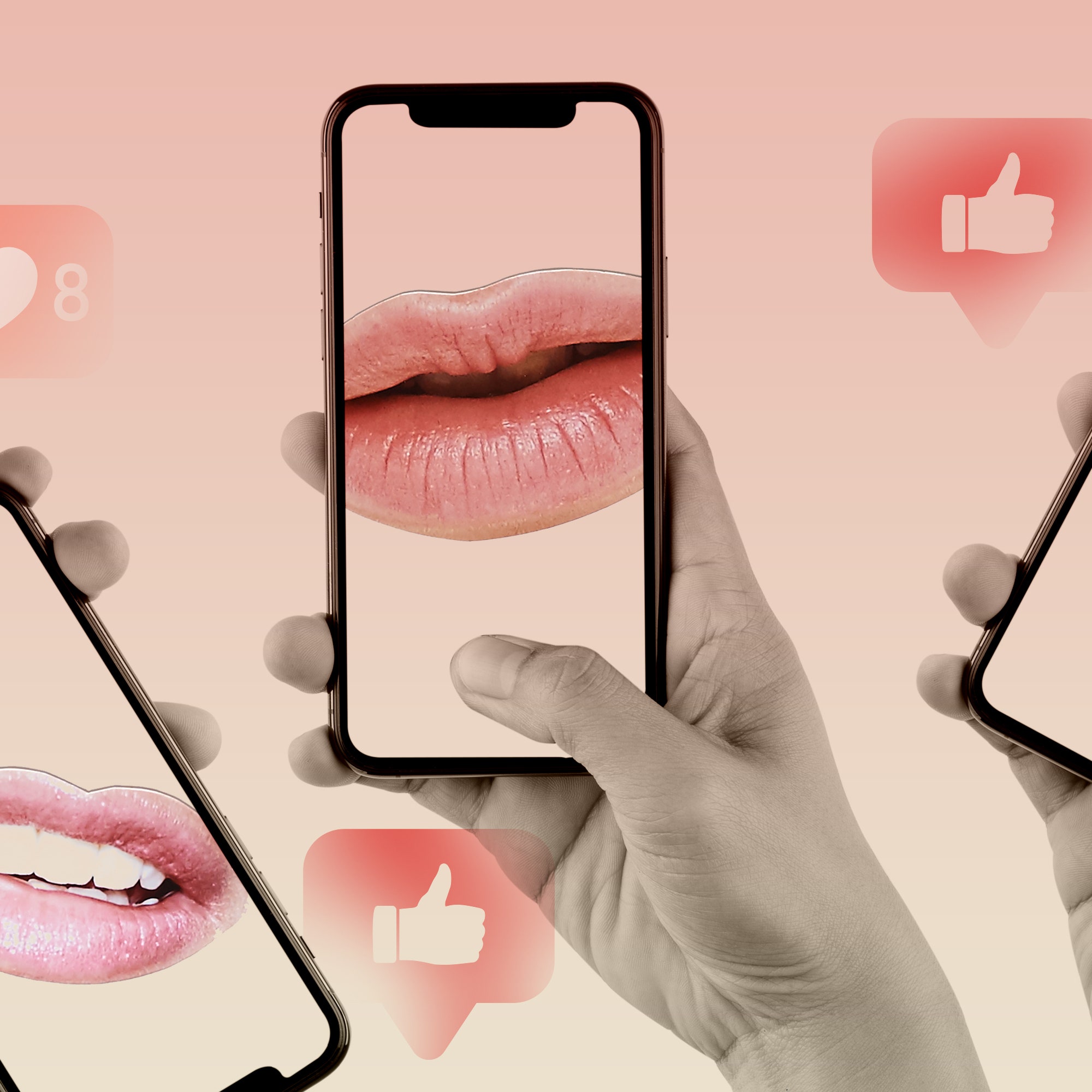 On the flip side, if certain HAs — brawny volumizing varieties — are injected too shallowly by an unpredictable pen, they too can cause problems, like visible lumps and a bluish hue. “Some of the fillers that are being touted for use with [these pens] are actually thicker, more highly cross-linked types,” Sundaram says. “If you inject those superficially, you can get Tyndall effect, [which is a] blue discoloration due to a scattering of light.”

Beyond the pens’ questionable depths and dispersion patterns, “the fact that [they implant] the product as a single bolus, or depot, rather than in a continuously moving linear placement is a concern from both a safety and an aesthetic perspective,” Sunder says. “An experienced injector never depots product, especially in the lips.”

Mariwalla co-signs, saying, “I never inject lips [using] a serial bolus technique — it not only looks unnatural, but the patient will feel the lumps and bumps.” Bolus-style injections can also heighten the risk of “vascular compromise or tissue injury,” notes Sunder.

The hazards here spring from two sources — the iffy substances being injected and the hyaluron pens themselves.

As previously noted, “perhaps the most concerning of all the issues is the actual filler itself,” Sunder says. Beyond potential for contamination or adulteration, “I also worry that some laypeople may not understand the nuanced differences between HA intended for topical use [like a serum] and true hyaluronic acid fillers, which are intended for injection. Introducing a topical product into the skin or mucosa using these pens could cause long-term complications, such as foreign body reactions or granuloma formation,” which can be quite challenging to correct.

Even if someone somehow manages to procure a pure, legitimate HA filler, getting it into the pen opens another can of worms. “[They] require the transfer of filler from its original syringe to an ampoule within the pen,” notes Sundaram. “This is a multi-step process — connect the transferring syringe to a needle, draw up filler, squirt it into the ampoule — and every time it’s done, there is a risk of contamination.”

Sunder adds that “even if this maneuver is performed in a medical setting, the transfer would not be sterile. But this being performed in a person’s home is a set-up for an infection.”

10 Tips to Get Beautiful Skin Effortlessly