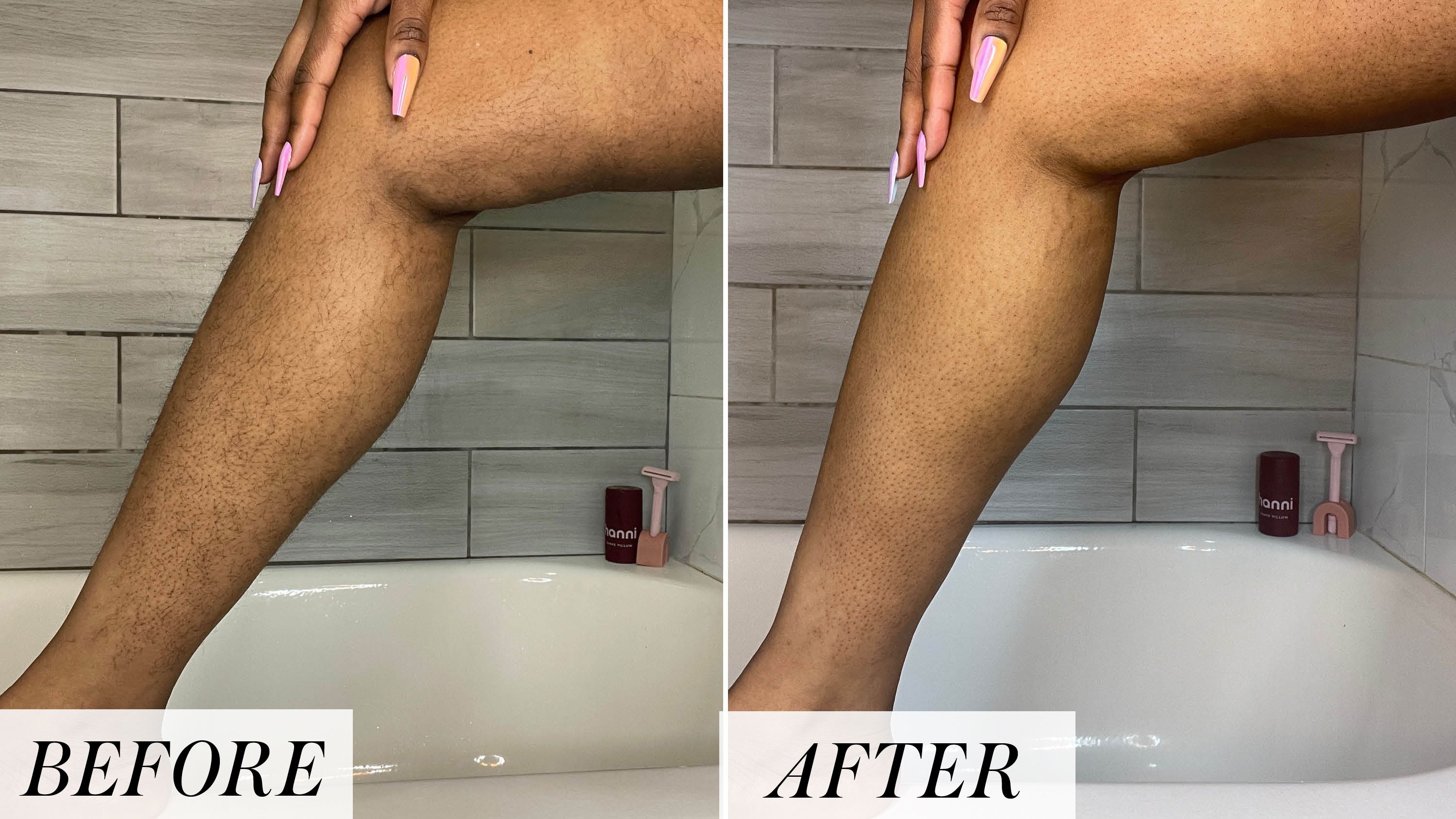 I continued working in short strokes, rinsing my razor underneath the water to remove any stuck hair as needed, until my legs were smooth and hairless. My shaving routine felt so much better and painless. Since no pressure is needed, I didn’t have to work too hard, and its blade is sharp enough that I didn’t have to go over the same spot over and over.

Admittedly, when I shave, I tend to use body wash more often than shaving creams or foams, but I was pretty intrigued and impressed by Shave Pillow’s formula. It can be used on wet or dry skin and even as a moisturizer, according to the brand, so you can drop it in your bag and apply when needed. I really enjoy its liquid consistency, which doesn’t feel like any of the creams or foams I’ve used.  It applies clears and doesn’t develop into a rich lather or foam.

I did notice a few suds here and there, which cosmetic chemist Ginger King tells Allure is most likely due to the sodium stearate (an ingredient used for making soap to help thicken and foam) and three other surfactants (isethionate, glutamate, and sulfonate) in the formula. The surfactants are pretty mild, she says, which is why it doesn’t produce a big lather. It’s also formulated with a bunch of moisturizing and soothing agents like cactus water, glycerin, olive fruit oil, and mushroom extracts. Cactus water and adaptogenic mushrooms help soothe irritated skin with their anti-inflammatory benefits, while olive fruit oil moisturizes, according to King. “Glycerin also helps with moisturization, as well as enhancing the preservation of the product,” she shares.

I have to admit, the Hanni Weighted Razor and Shave Pillow did transform the way I shave. I also love that I don’t have to buy a new razor every time the blade gets dull since the Hanni tool is designed to last. I keep the razor for as long as I want and toss the blades when it’s time, which Ilyas says should happen after three to five shaves, depending on the hair’s coarseness. She also recommends making sure the blade and razor are dry when not in use to discourage potential rust and cleaning the razor thoroughly every month or so with soap and water or rubbing alcohol.

I can definitely feel the difference with this single-blade razor. My smooth, nick-free legs are so thankful for the pain-free, non-strenuous shaving experience that, honestly, I don’t think I’ll be going back to a disposable, multi-blade razor ever again.

The Hanni Weighted Razor retails for $38 and the Shave Pillow for $22 and are available now at heyhanni.com. 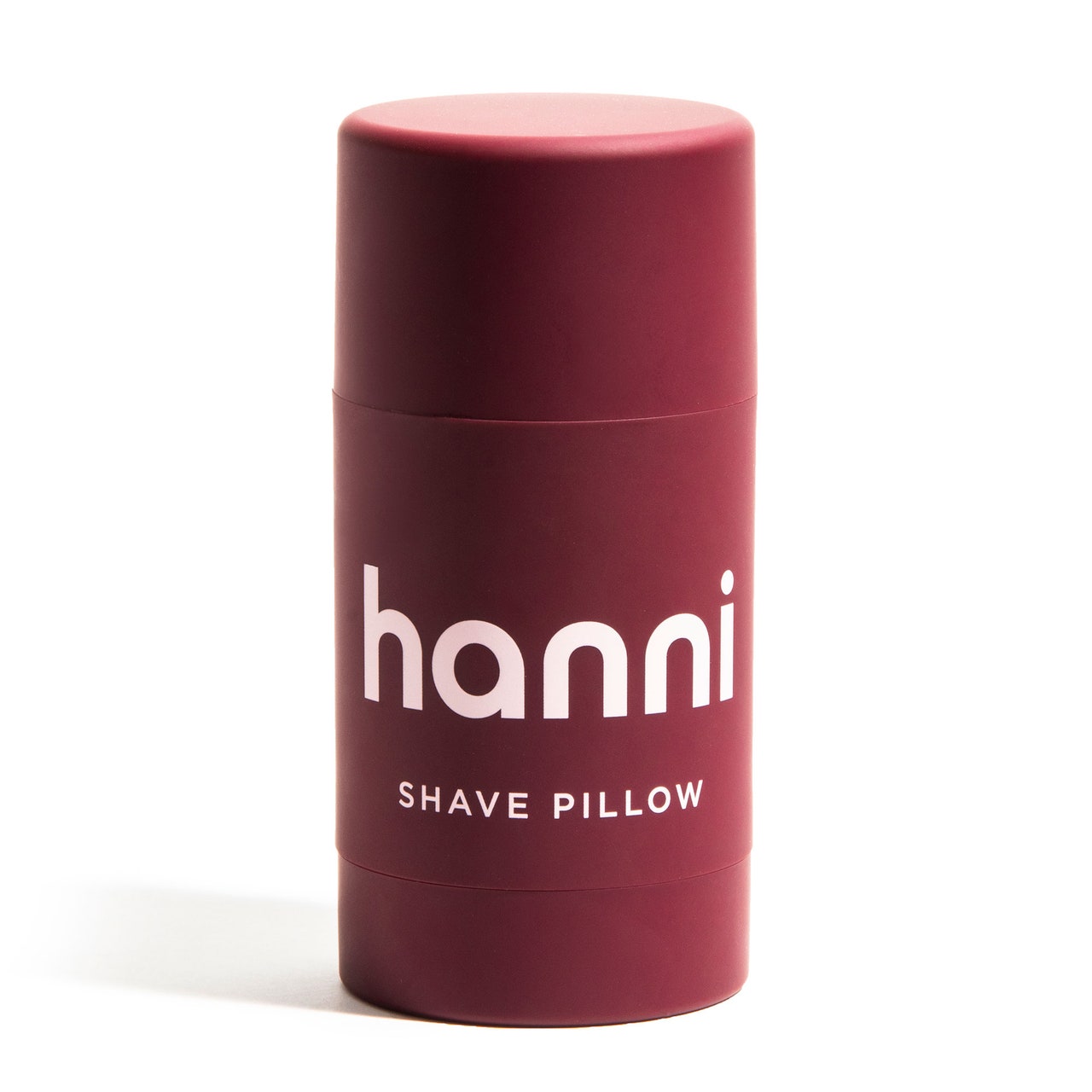 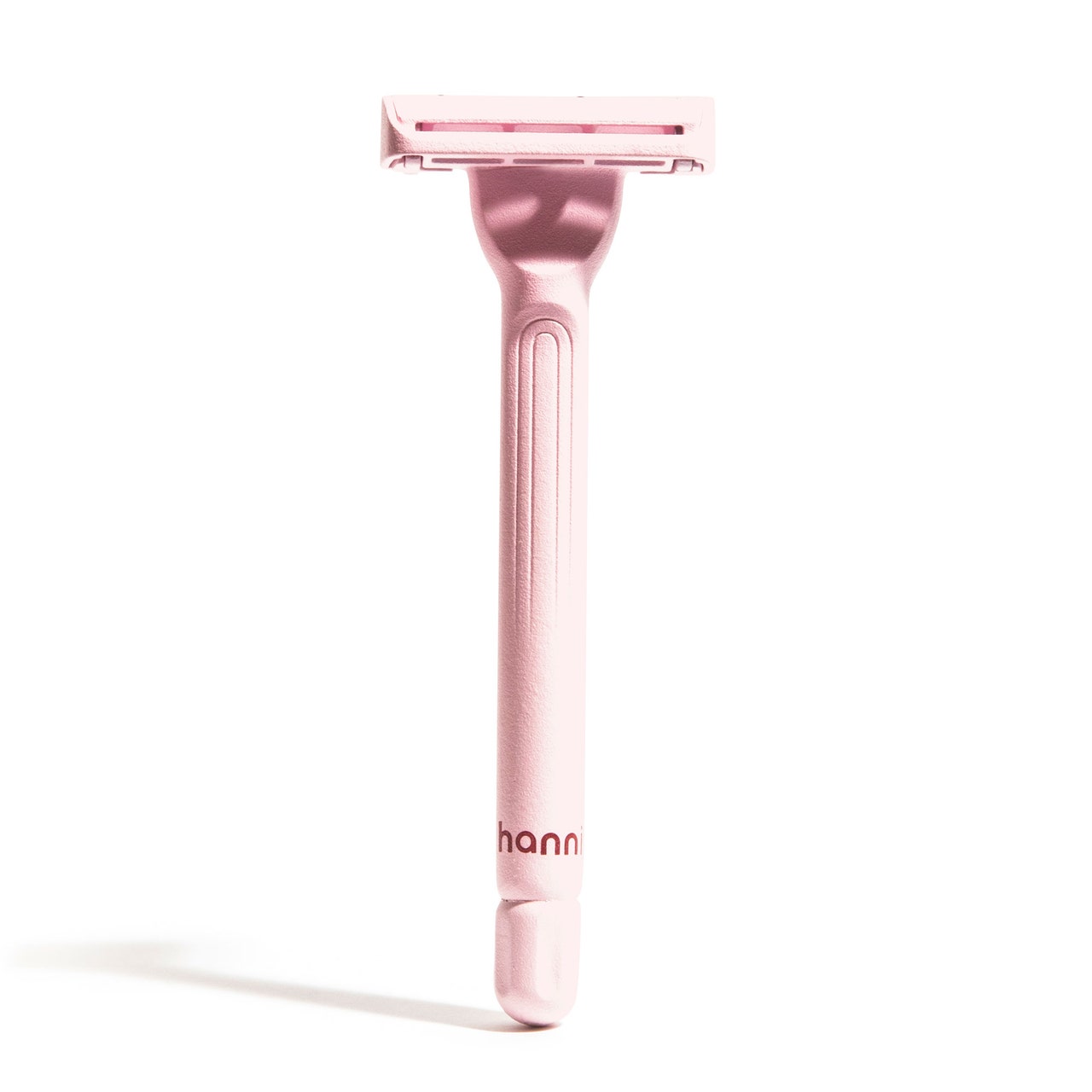