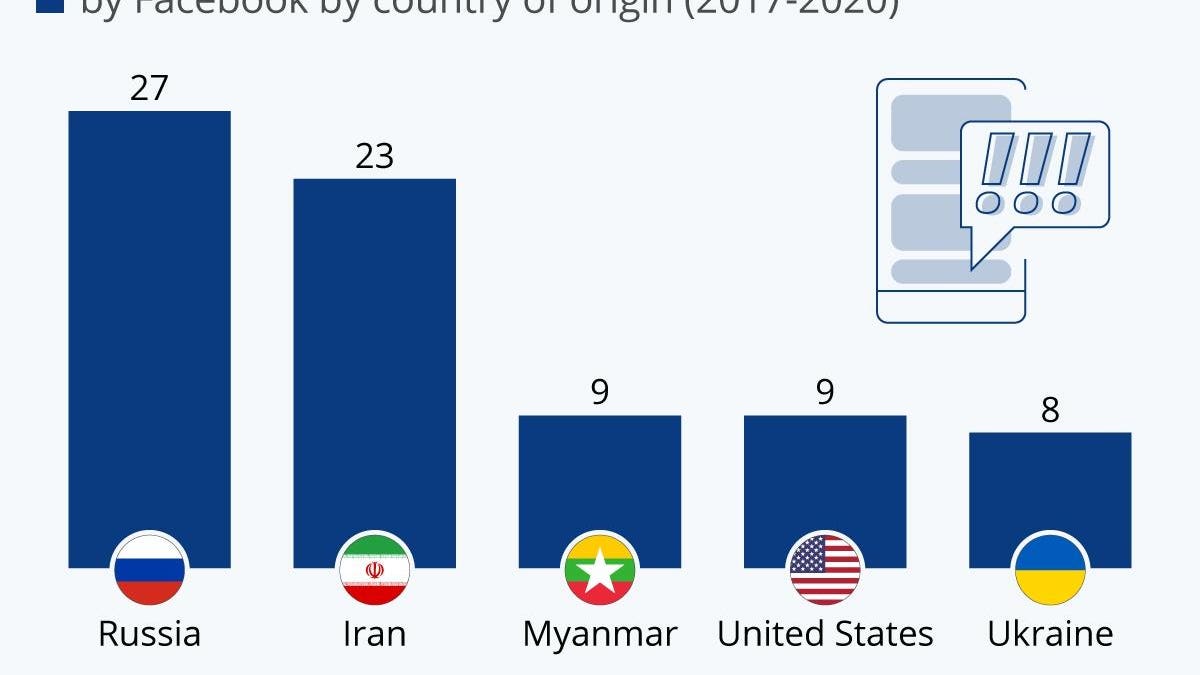 Facebook has published its new Influence Operations Report which provides an insight into coordinated fake activity on the platform. Industry, government and civil society have been working to build a collective response to increasingly sophisticated influence operations over the past four years which Facebook defines as “coordinated efforts to manipulate or corrupt public debate for a strategic goal”. Coordinated Inauthentic Behavior networks, or CIB networks, are a subset of influence operations that rely on a coordinated network of accounts, pages and groups that aim to mislead social media users. Between 2017 and 2020, Facebook identified and removed 150 CIB networks.

27 of those networks were linked to Russia and 23 had connections with Iran. A further nine CIB networks had links to both Myanmar and the United States. Referring to Russia specifically, Facebook lists the country’s infamous Internet Research Agency and its alleged director, Evgeny Prigozhin, as being behind 15 CIB networks. Russian intelligence services and media websites were behind a further four and two, respectively.

The United States was the primary target of foreign influence operations and Facebook removed 26 CIB networks responsible between 2017 and 2020. Myanmar and the United Kingdom were tied for second with 11 each. Domestic influence operations are also a major problem for social networks and Facebook states that it removed nine networks targeting Myanmar during the above period, just ahead of the U.S. which had eight domestic removals.

Facebook’s security teams have developed policies, automated detection tools and enforcement frameworks to clamp down on influence operators and deceptive actors. In many cases, this has forced bad actors to shift from a “wholesale” approach to a “retail” approach that targets smaller and more specific audiences with fewer resources. This strategy requires more investment and the creation of multiple accounts across different platforms to provide cover to fake personas. Facebook states that this approach generally requires bad actors to have “a lucky break” and that it has limited their success.