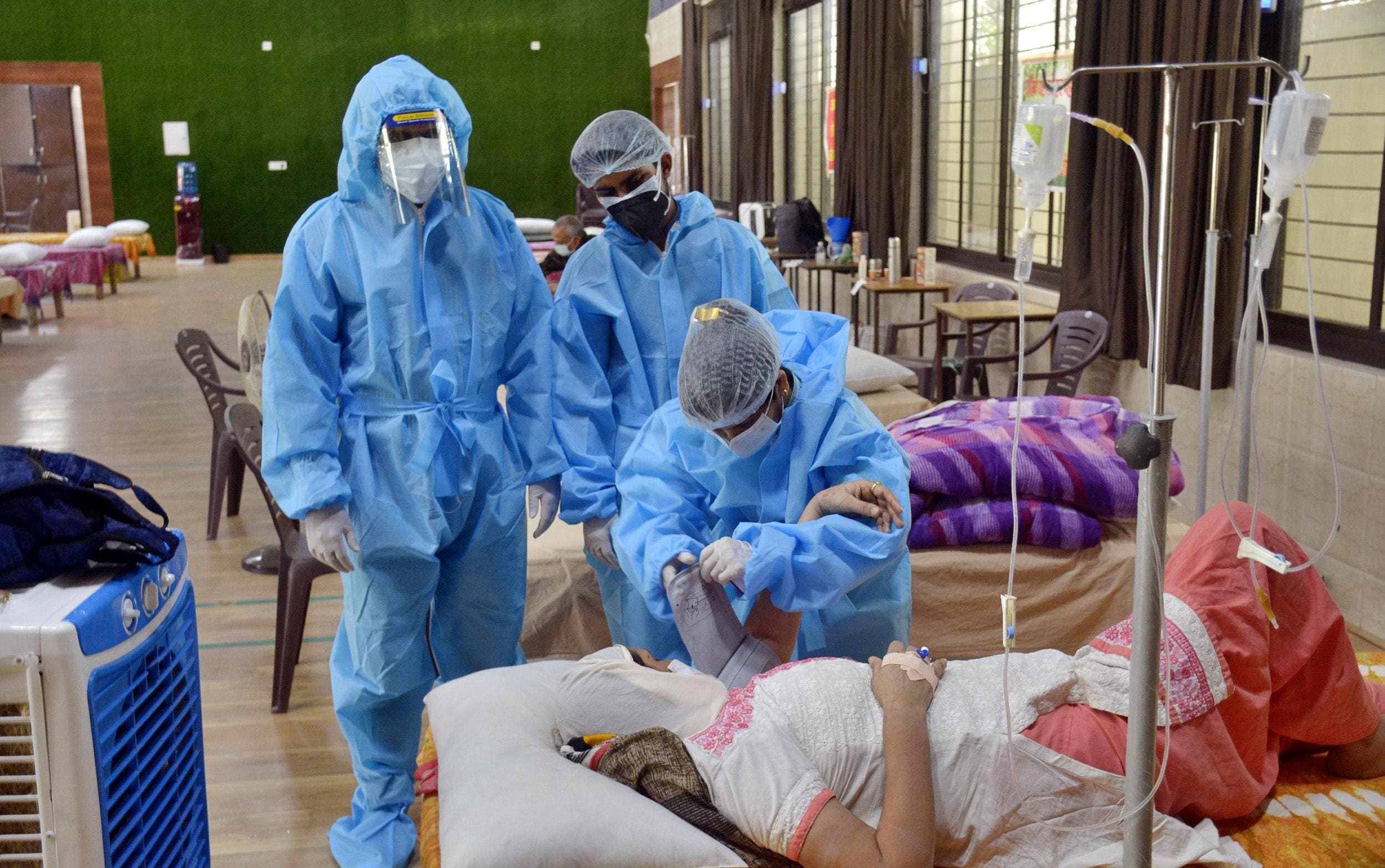 A study published in the March in the American Journal of Public Health found that tweets on social media from former President Donald J. Trump, which called out “the Chinese virus,” likely led to an increase in anti-Asian hashtags in the days and weeks that followed. That in turn may have led to an increase in violence against Asian-Americans, who have been erroneously and unfortunately blamed for the spread of Covid-19.

Fearing a similar global backlash, the Indian government has sent notices to social media platforms and ordered them to take down content that refers to an “Indian Variant.” The letter, which was sent from the Ministry of Electronics and Information Technology last Friday, was reportedly not made public but it has been seen by several news outlets.

New Delhi has been proactive in calling upon the social media platforms to remove content that were critical of its handling of the novel coronavirus pandemic. India has become the epicenter of the virus in recent months, and efforts to vaccinate the population have been slow going. However, fears remain that the use of “Indian Variant” on social media could cause confusion, and even result in violence again Indians around the world.

India has not been alone in being associated with a new strain of the virus, especially across social media. However, the World Health Organization announced earlier this year that would be formulating new names for the different variants of the SARS-CoV-2 coranavirus.

While terms such as “UK Variant,” “Brazil Variant” and “South African Variant” were used by the mainstream media and even governments, there is a danger is trying to associate a place with a strain – especially on social media. Experts have warned that it isn’t correct to label any region or ethnicity/group with Covid.

“I don’t think any of them need to be identified by country, as much as just saying that a variant has been identified and they could be given a number or letter. The variants are naturally occurring based on virus mutation, so as to prevent them from being country specific, just number them,” explained Craig Laser, clinical associate professor at Arizona State University within the Master of Global Management in Healthcare Services program.

So why has the media labeled the virus by region?

“It is a natural human thing to want to assign blame for something as devastating as the COVID 19 pandemic. Applying a geographical location to the name is doing just that,” added Mariea Snell, assistant director of the Online Doctor of Nursing Practice program at Maryville University.

“Blaming will not help decrease the spread of the virus or help the social stigma associated with it,” Snell noted. “Healthcare providers can continue to use medical terminology for the virus and all variants that develop do decrease this issue. Sticking with neutral terms like these will help avoid the shame and blame and focus the public on the real issue of stopping this pandemic.”

A great danger is that by labeling a virus or variant by a region can result in the spread of misinformation, especially on social media where the context is often lost.

“The virus was quickly named ‘The China Flu’ and fingers were being pointed at the country and its people,” said Laser. “Viruses have nothing to do with the race, ethnicity, or culture where it originates. We do not call Ebola ‘The African Bleeding Disease.'”

However, there has been a tendency to labeled based on variants have been discovered. That has only allowed additional misinformation to spread on the social platforms.

“Mutation and different variants of a virus are part of the virology; not the country or culture,” explained Laser. “This topic of naming viruses based on where they originated or where variants are seen is a form of ethnocentrism and blaming to infer that these countries, the people, and the culture are at ‘fault.’ This behavior has led to a rise in violence against the Asian Pacific Islander community.”

That explains why India has sought to address the issue head on.

“The way in which language, symbols and words can describe individuals in need of medical care makes a difference,” Carlson added. “The Indian government is requesting that social media remove the term ‘Indian Variant’ from their sites due to fears that it is stigmatizing. Instead, The New York Times used the term ‘variant found in India.’ By moving words around, this description of the variant does not associate the variant with a region or stigmatize a group of people. Biased language continues to reproduce prejudice and inequity. For healthcare professionals, words do matter. At Regis College, we educate the whole person, preparing students to serve and lead as advocates for a more just and compassionate global society.”