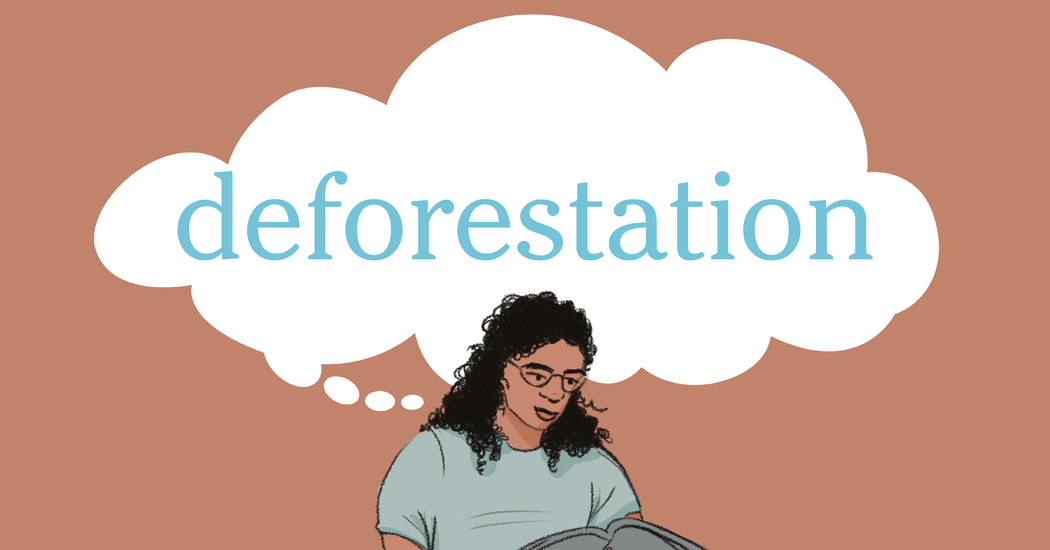 1. the state of being clear of trees

2. the removal of trees

The word deforestation has appeared in 104 articles on NYTimes.com in the past year, including on May 3 in “A 140-Year-Old Hemlock Was Lost. Now It Has New Life as Art” by Meredith Mendelsohn:

As she often does, Shin communicates that story through her materials — in this case, the poignant union of leather and hemlock by the artist. “This leather and this tree should never have found each other,” Shin said. Millions of hemlock trees died at the hand of the leather-tanning industry in first half of the 19th century, when the Catskill region prospered as its epicenter. Hemlock bark contains rich tannins used in the hide-curing process at the time, and tanners cleared nearly every grove of the conifer.

“I was so struck that this desire for leather goods led to mass deforestation,” Shin said. Church was also struck. “We picture the Church family looking out from the hilltop site of the main house at Olana, and they would have absolutely seen clear-cut swaths on the front range of the Catskills,” said Will Coleman, director of collections and exhibitions of the Olana Partnership, which manages the site with the New York State Office of Parks, Recreation and Historic Preservation.

Can you correctly use the word deforestation in a sentence?

If you want a better idea of how deforestation can be used in a sentence, read these usage examples on Vocabulary.com.