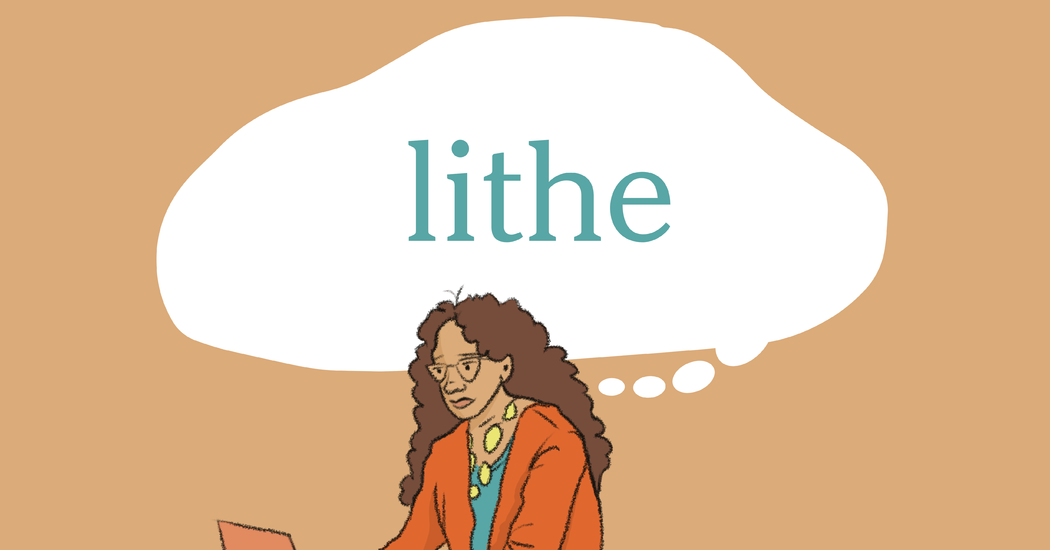 : moving and bending with ease and grace; flexible

The word lithe has appeared in 39 articles on NYTimes.com in the past year, including on Jan. 29 in “Cicely Tyson Kept It Together So We Didn’t Fall Apart” by Wesley Morris:

How odd to celebrate someone for not being who we’ve been programmed to expect. But American entertainment worked hard on the mold that Cicely Tyson refused to fit. So, really, what we’ve been saluting all these decades was historic defiance. She died on Thursday, at 96, just after the release of “Just as I Am,” a juicy, honest, passionately Cicely memoir …

… Tyson had a remarkable physical presence, someone sculpted as much as born. Her body was dancer lithe. She seemed delicate. But only “seemed.” She was delicate the way a ribbon of steel holds up its part of a bridge. The deceptive nature of her fineness was right there in the name. Cicely Tyson. Poise and punch.

Can you correctly use the word lithe in a sentence?

If you want a better idea of how lithe can be used in a sentence, read these usage examples on Vocabulary.com.

Five Ways to Learn About Juneteenth With The New York Times