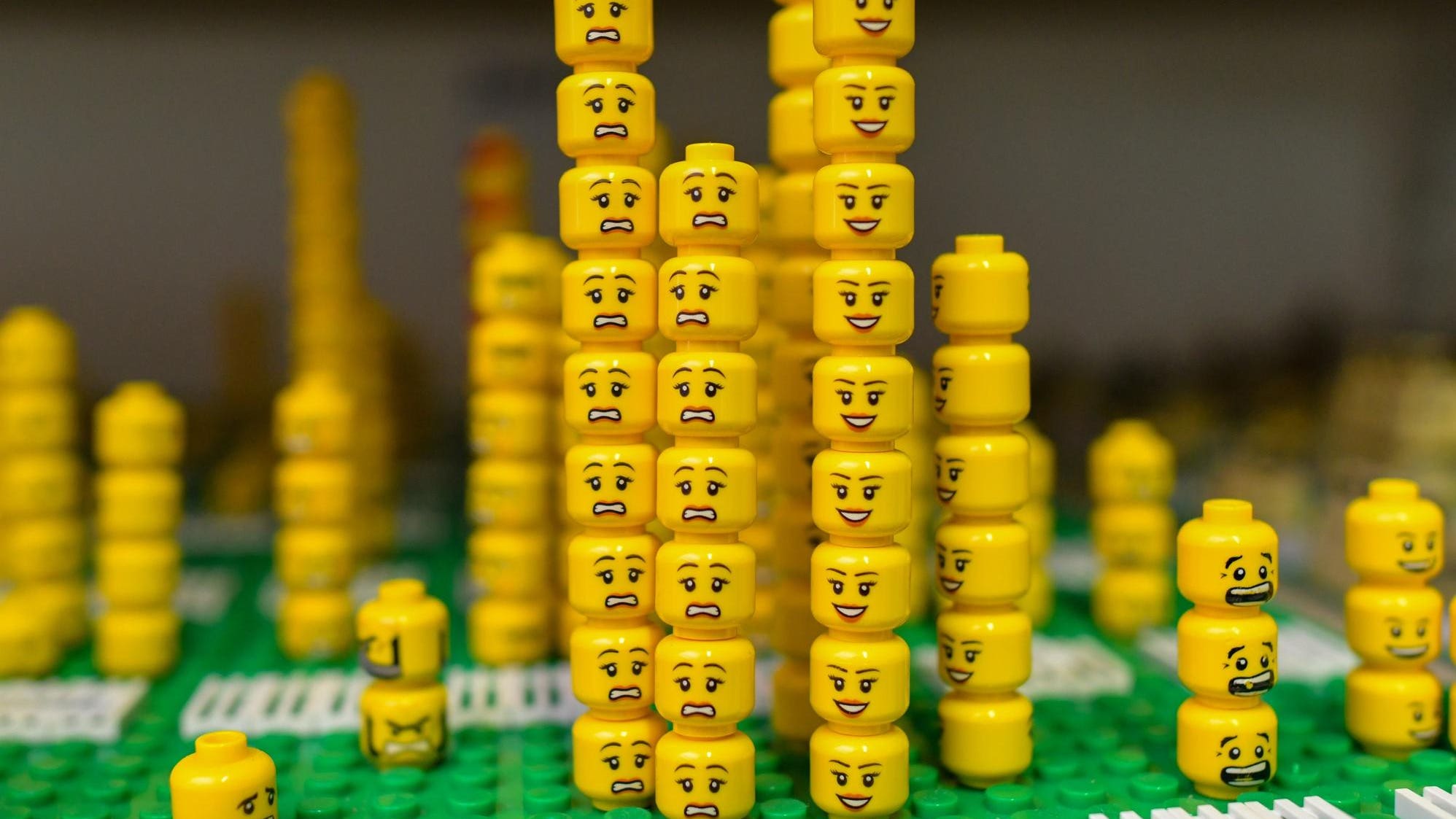 If you were to write a book about climate change, how would you go about it? A standard approach might be to develop your call to action from first principles, building up your case using heavily referenced source material, all wrapped around an intricate framework of ominous facts and figures. With this unassailable tower of reason completed—and having done your best to scare your reader witless—you could finally set forth your ideas about what is to be done. The finished product would probably be wordy. It might very well be a little worthy.

Just a quick glance at How To Save The Planet, by climate scientist Mark Maslin, tells you this is not one of those books. The preface informs the reader that “it is for anyone and everyone to pick up and read. This is a book you can quote in the pub or at a dinner party or even in Parliament.” It’s also rather small, fitting into one hand.

“I was getting frustrated that I wasn’t finding the right way to communicate with normal people, like mates I play football with, or other parents I meet at my kids’ school,” Maslin tells me. “I was frustrated by all the ‘worthy’ papers and books. I’ll put my hand up and admit I’ve written a couple of those myself.”

How To Save The Planet parcels out its argument in bite-sized chunks. “There are more Lego mini-people in the world than real people,” a single-line paragraph on page 51 states. Further down the same page: “Since the beginning of civilization, we have cut down 3 trillion trees, more than half the trees on Earth.”

It’s a deliberately novel, even idiosyncratic approach. Maslin, professor of Earth system science at University College London and a world authority on climate change, had for years been wrestling with the challenge of how to discuss climate issues with people outside of his field. But in 2018, he happened upon a discussion on the Chinese military treatise The Art of War, on the BBC radio show In Our Time. A thought hit him.

“I remembered I had three copies of The Art of War sitting on my shelf,” Maslin says. “I flipped back through them and realized it’s a lot of knowledge distilled down into short, punchy quotes. I thought, ‘huh. I could write a book like this.’”

The Art of War, attributed to Sun Tzu, has famously retained its relevance into the modern age: scions of the finance world treat it with Bible-like reverence (think Gordon Gekko in Wall Street) and to this day it is listed on the U.S. Marine Corps Professional Reading Program.

Quotes such as “opportunities multiply as they are seized,” or “appear weak when you are strong, and strong when you are weak,” impart easy-to-understand lessons that don’t require reams of supporting data or special training to understand.

The idea of doing the same for climate change appealed to Maslin—though not everyone was immediately on board with the idea. “I talked to my agent and she just looked at me like I was some mad alien,” he says.

The Tao Of … Social Media

Nevertheless, Maslin persisted in writing the book, and the result, How To Save The Planet, turned out “like a long Twitter thread; I took inspiration from something two and a half thousand years old and made something that’s inadvertently very social media savvy. I didn’t mean to do it, but it worked.”

The body of the book comprises about 180 pages of statements, each of which makes sense independently, without having to be read in context. The first chapter offers a series of facts about the history of the planet; the last is a summary of everything Maslin believes humanity needs to have achieved by 2050 to adequately counter the climate threat. Each part has a specific function: for example, chapter four focuses on how to go about refuting the arguments of climate change deniers, presenting a series of common climate fallacies and half-truths, each with its own punchy rebuttal. “Know thine enemy,” page 66 instructs. “Counter their arguments. Make them your ally or make them irrelevant.”

In summary, the book reads like a manifesto. And in some ways, it is: Maslin has no qualms about laying out bold claims about what is needed. From a ban on advertising unhealthy foods, to the introduction of a universal basic income, to transforming the World Trade Organization into the World Sustainability Organization, he has compiled a list of what he sees as ‘must-haves,’ each of which will play a role in tackling global warming.

Maslin’s optimism is reflected in his contention that, through the experience of the coronavirus pandemic, people worldwide have developed a better appreciation of the role of government. Commenting on Bill Gates’s recent book How To Avoid A Climate Disaster, he says Gates “has a whole chapter explaining to Americans why governments matter; that they’re there for a reason. You don’t necessarily have to do that in Europe.”

“But the coronavirus pandemic has brought about this shift in the way people think,” Maslin says. “I think more people realize now that when there’s a major crisis that threatens your livelihood and your health, who can you turn to? It’s not corporations. And the governments that didn’t step up got huge amounts of criticism, while governments that did step up, like New Zealand, were lauded and are reaping the rewards for taking swift, decisive action.”

But what’s missing from Gates’s book, Maslin says, is the idea that to cope with the climate crisis, society itself has to change. “We have to change our consumption, change our diet, change how we work and travel and even interact with the rest of society,” he says. “So I’m saying yes, we have all the technology to do all this, but what we don’t have are the policies.”

Strong policies, Maslin says, have the power to steer all else, regardless of which way the political winds are blowing. He points to the example of the U.K. of the 2008 Climate Change Act, which committed the country to cutting greenhouse gas emissions 100% from 1990 levels by 2050. According to that law, the government has to recalculate a carbon budget every five years before the 2050 deadline, in line with the 100% emissions reduction target.

“Most people in the UK don’t realize having legislation that says ‘you must have a carbon budget,’ even the most reticent and ineffective government gets told what to do,” he says. “There’s nothing really like it in British law. It sounds a bit like China’s five year plans, but it’s a really good way of making governments think about the long term.”

Among the policies governments must consider, Maslin says, are those that make society more equitable. He says he was shocked when he first learned that the U.K. operates thousands of foodbanks, despite being one of the world’s richest countries.

“You cannot have 26 people having the same wealth as the poorest 3.8 billion,” he says. “That’s just nonsensical. You could ask anybody in the street if they thought this was a good and fair system and they’d say no. We have to think about how this system has allowed that sort of extreme wealth and poverty to exist within countries.”

Latch On To The Affirmative

Maslin is keen to stress that he’s not an anti-capitalist. Private corporations, he says, have a vital role to play within his whole-society theory of climate action. And as one of the founders of Rezatec, a British geospatial analytics company, Maslin himself is a businessman as well as an academic. “I set up a company; I employ 50 people; I think getting companies to compete and produce innovative ideas is great—but it has to be done within a framework.”

To that end, chapter 7 of How To Save Our Planet, titled ‘Corporate Positive Power,’ deals with the role of private companies in facing the climate challenge. It argues that corporations are “one of our major weapons of change,” and sets out the business case for active sustainability plans, with references.

“You find in companies, if you just have one person who’s passionate about a cause, that person suddenly starts to infect everybody,” Maslin tells me. “I’ve worked with companies and seen when that infection reaches the CEO, that whole company changes its attitude. It’s brilliant to see.”

Positivity is an understatement: some could argue the book is idealistic; utopian, even. “We must build new political and economic systems,” it reads, “so that we can look after all individuals; our global species; our planet—that we rely on for everything.” Why wouldn’t we take that path, Maslin argues, when there are no drawbacks to doing so?

It’s an attractive proposition. But given our species’ capacity for greed and selfishness, are these pronouncements not unrealistic?

In Maslin’s view, no. “Humans are an ultra-social species,” he tells me. “The only reason we have become the dominant species on Earth is because of our incredible level of co-operation. We have always had a strong basic need to support and protect our family, our tribe and our nation.”

Maslin sees the climate fight as an extension of this need; it’s just another level of human progress.

“The next stage, which is rapidly evolving, is our need to support and protect our whole species and our beautiful home planet,” he says. “What gives me hope is engaging with the younger generation, who already think as a global species as they realise how small and precious our world really is.”

How To Save Our Planet is available from Penguin Books.