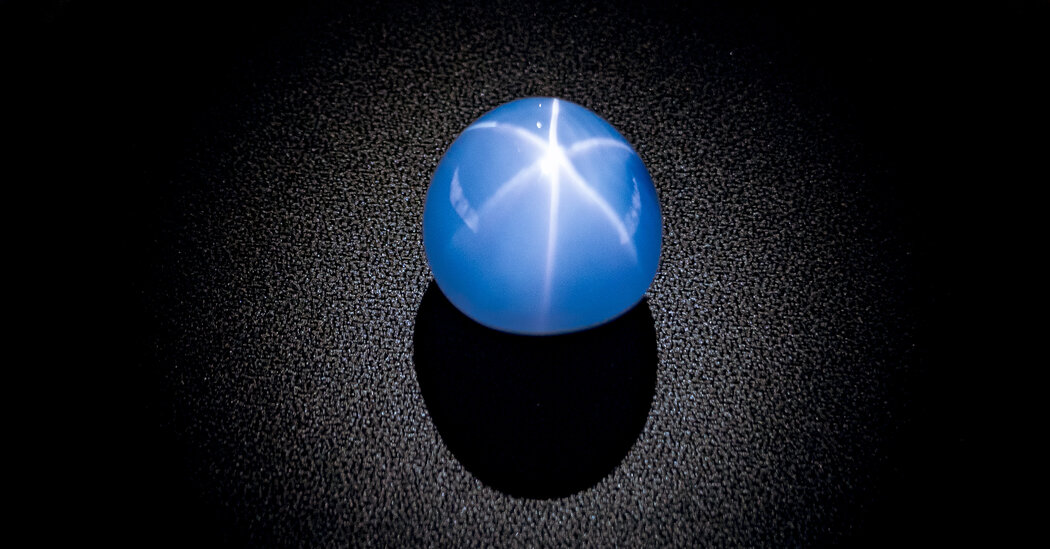 To reach one of the most anticipated new destinations in New York City, you have to sidestep dinosaur fossils and hang a right at the cluster of meteorites. It’s a long and winding road to a gemstone jackpot.

On the ground floor of the American Museum of Natural History, the finishing touches are being put on the Allison and Roberto Mignone Halls of Gems and Minerals, scheduled to open June 12. The $32 million redesign took place during a closure of more than three and a half years, extended by pandemic-related delays.

George Harlow, the department’s curator, said the opening would be the culminating achievement of his more than 45 years at the museum. “I’d been politicking for this for years,” Dr. Harlow said. “The old space was very much like being in a mine.”

And while he described himself as “a great fan” of that 1976 design, he said, “We did our best to keep it up-to-date, but it had reached its limit.”

The new, open plan for the 11,000-square-foot space was meant to inspire spontaneous wandering among the exhibits. “It’s much more random in the sense that you can walk all around,” Dr. Harlow said.

And there is a lot to see, including two amethyst geodes of nine and 12 feet tall; a 3,068-pound labradorite; a three-foot berry-colored elbaite tourmaline that the museum says is one of the largest intact mineral clusters ever found; and the Subway Garnet, an almandine garnet weighing nearly 10 pounds that hasn’t been displayed for nearly 40 years.

They are intermingled with exhibits on subjects ranging from fossil formation to the human toll of ruby mining.

The bulk of the museum’s rare, precious stones are in the 1,022-square-foot Hall of Gems. And even now, more than 100 years after his death, one of its most important benefactors is J.P. Morgan, the fabulously wealthy Gilded Age financier.

“We were given three major collections of gems through Tiffany & Co., but under the auspices of J.P. Morgan,” Dr. Harlow said. “A good 40 percent of the stones in the Gem Hall came through J.P. Morgan,” including the Star of India.

The Star of India — Estimated to be two billion years old, the nearly flawless 563-carat blue stone is the largest known gem-quality star sapphire. The star effect is created by rutile, a mineral in the gem, reflecting light in a star pattern, a phenomenon called asterism.

The DeLong Star Ruby — The 100-carat stone, which also has a star effect, was found in Myanmar in the 1930s. It was stolen from the museum in 1965 by thieves described by The New York Times as three “Florida beach boys” and was ransomed with a $25,000 donation.

The Patricia Emerald — The 12-sided 632-carat emerald (it looks a bit as if it were molded in a Campbell Soup can) is a rarity because it was never cut. Found in 1920 in Colombia, it is said to have been named for the mine owner’s daughter.

The Brazilian Princess Topaz — When the 75-pound stone was unearthed in the 1950s, the technology did not exist to cut such a large mass. Twenty years later, the light blue gem was fashioned into its current shape, a modified square cushion cut gem weighing 21,005 carats, or 9.5 pounds.

The Subway Garnet — Despite the tabloid-perfect nickname, the stone actually was discovered during Manhattan’s sewer excavations in 1885. (The city’s first subway didn’t begin operations until 1904.)

The museum’s gem collection includes about 4,700 gems and more than 400 objects, including carvings and jewelry, nearly all of which will be exhibited in the renovated halls.

Reconfiguring the space also made room for more exhibits, including one the museum knew had been an obvious omission: birthstones. “That’s probably the most sought-after gem case in any museum, but we didn’t have one,” Dr. Harlow said. Now there is a display in two concentric circles, showing the gems according to the Julian calendar and the Western and Hindu zodiacs.

The Gem Hall continues to be organized according to mineral species, but change has come to the style and substance of their descriptions. The panels at the base of each case “tell stories about the minerals, where they come from, who had famous ones — give a little more human context,” Dr. Harlow said.

For example, a panel filled with a multitude of opal varieties is accompanied by a caption on “Luck, Literature and the Gem Market” that examines the gem’s unlucky reputation. (Sir Walter Scott’s 1829 novel “Anne of Geierstein” may be to blame: Holy water touches an opal in a character’s hair and she dies. Opal sales took a hit after the book’s publication.)

There are statistics on adjacent interactive displays, including the variety name, size, cut and two images of each gem

The approach is part of an evolution in museology, according to Lauri Halderman, the museum’s vice president for exhibition. “Historically, museums were less concerned with telling stories and more concerned with showing specimens. Now it’s much more about: How do we connect big ideas in science? How do we connect this hall to other parts of the museum? How do we get people to think in bigger ways than just the specimen identification?”

Ralph Appelbaum Associates, the New York-based exhibition design firm that planned the halls, devised the space with those ideas in mind. For its founding partner, Ralph Appelbaum, that meant creating an unobtrusive setting.

“We took out lots of unnecessary interior structure to make it a room about an extraordinary collection,” he said. “It’s almost a stroll through a garden-like array, with a combination of big open spaces and cool, neutral environment.”

Installations were considered: “Every piece was individually mounted,” Mr. Appelbaum said. “Most museums will lay rocks on a shelf. Here, every piece was really looked at and thought about very carefully in terms of its form and structure to reveal its beauty and unique qualities.

“We can color balance the light to really bring out to bring out the most characterful examples of the rocks and minerals and gemstones. And the showcases are all shallow. You can get about as close to the materials as you can anywhere in a very transparent glass environment.”

Those attributes also extend to the Melissa and Keith Meister Gallery, a new 500-square-foot space for temporary exhibitions.

And the first to appear — “Beautiful Creatures,” more than 100 jewels created since the museum’s founding in 1869 — was curated by Marion Fasel, a jewelry historian and editor of the website The Adventurine. It also is to open June 12, and run through Sept. 19.

For example, two brooches made of lion’s paw shells represent triumphant return. Fulco di Verdura, the Sicilian nobleman and influential designer, bought the shells from the museum, then embellished them with gold and precious stones.

And two lizard brooches featuring demantoid garnets represent “movements in gems,” Ms. Fasel said. In the 1850s, “when demantoid garnets were found in Russia, they started to be set in jewelry,” she said. “We’re talking about trends in gems that come in and out of jewelry because of mining techniques that you can learn about in the greater hall.”

Assembling the exhibition forced her to use contacts amassed throughout her 30-year career. For example, she said, she was “very obsessed” with a gem-studded starfish brooch created by Salvador Dalí and once owned by the philanthropist Rebekah Harkness.

“I knew it existed but didn’t know where it was,” she said. “I just started asking everyone.” She finally traced it to an American private collector who agreed to lend it for the exhibition.

The assortment also includes pieces famous in the jewelry world, like a Cartier necklace of two crocodiles, one in yellow diamonds, the other in emeralds. (The actress María Félix was said to have taken two baby crocodiles to the Cartier Paris boutique to demonstrate what she wanted.)

“The showstopper,” according to Ms. Fasel, are the exhibition’s 15 butterfly jewels. She said she focused on the butterfly because it “was the most consistently made creature in jewelry over the last 150 years.”

And this selection encompasses both the oldest piece in the exhibition, a brooch that dates to about 1875, and one of the newest, a 2019 butterfly ring by Glenn Spiro.