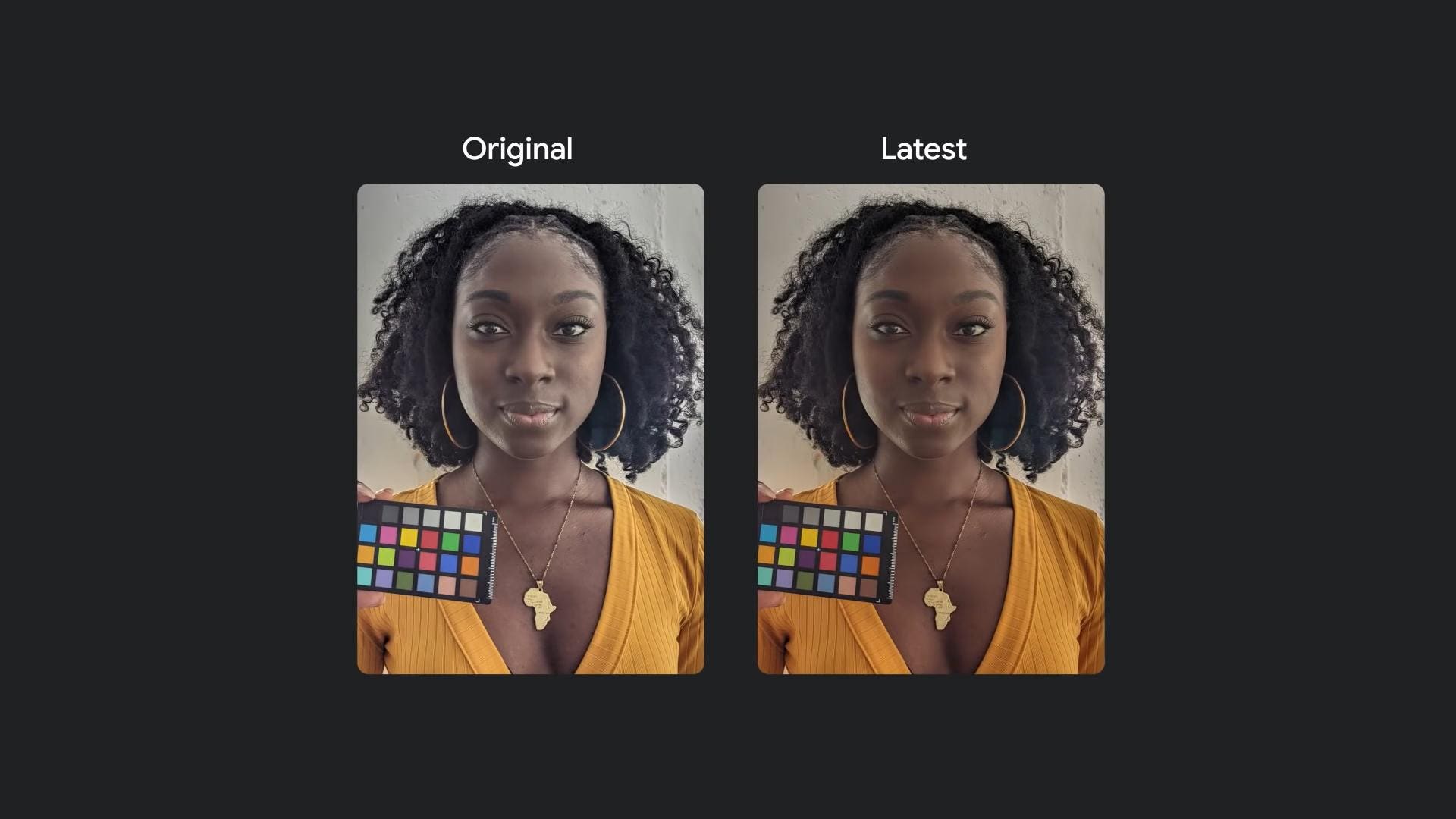 Google’s pioneering camera tech redefined our expectations of smartphone photography, but not all users have seen the full benefit.

Google has been busy re-designing its Android camera software to address a long-standing problem, one that has resulted in significantly less accurate and less flattering photos for people of color.

Starting with the new Pixel phones arriving this Fall, and then spreading to the entire Android ecosystem, Google’s updated image processing makes significant changes at a deep level within the software in order to rectify a number of issues associated with photographing people with darker skin.

Google created the new algorithms in conjunction with a diverse team of “expert image makers” tasked with bringing more diversity to the image data used to train the software as well as improving the relevant exposure and post-processing decisions. Furthermore, Google’s algorithms have been upgraded specifically to help with the problematic task of separating curly and wavy hair from the background in portrait mode shots.

According to Google, people of color have often received less favorable representation in photos because the camera’s underlying algorithms can fail to properly interpret darker skin tones and wavy or curly hair types. This can result in people with darker skin becoming lost in the shadows, or losing their natural color tones when inappropriate image processing is automatically applied.

Tiny smartphone cameras, much more than their larger traditional counterparts, rely heavily on image processing to construct a realistic and visually-pleasing final image. For each photograph, this requires many subjective decisions to be made and these are made based on predetermined evaluations of how people should look. If the software isn’t adequately trained to process people of color, it won’t do a sufficiently good job.

These new software enhancements should result in a significant boost in picture quality for anyone taking photos of non-white people. It should also help Android phones achieve higher scores in benchmark tests such as Dxomark, which deliberately picks subjects with a variety of skin tones in its performance evaluations.

Google’s announcement has, inevitably, received a few cynical responses (see the comments to Google’s video above) which blast the move as as mere virtue-signalling . However, racial bias in AI is a serious problem that Google is to be commended for addressing head-on.

In a world where our appearance is under constant scrutiny, be in the form of selfies or Zoom conferences, these are much-needed changes for the better.