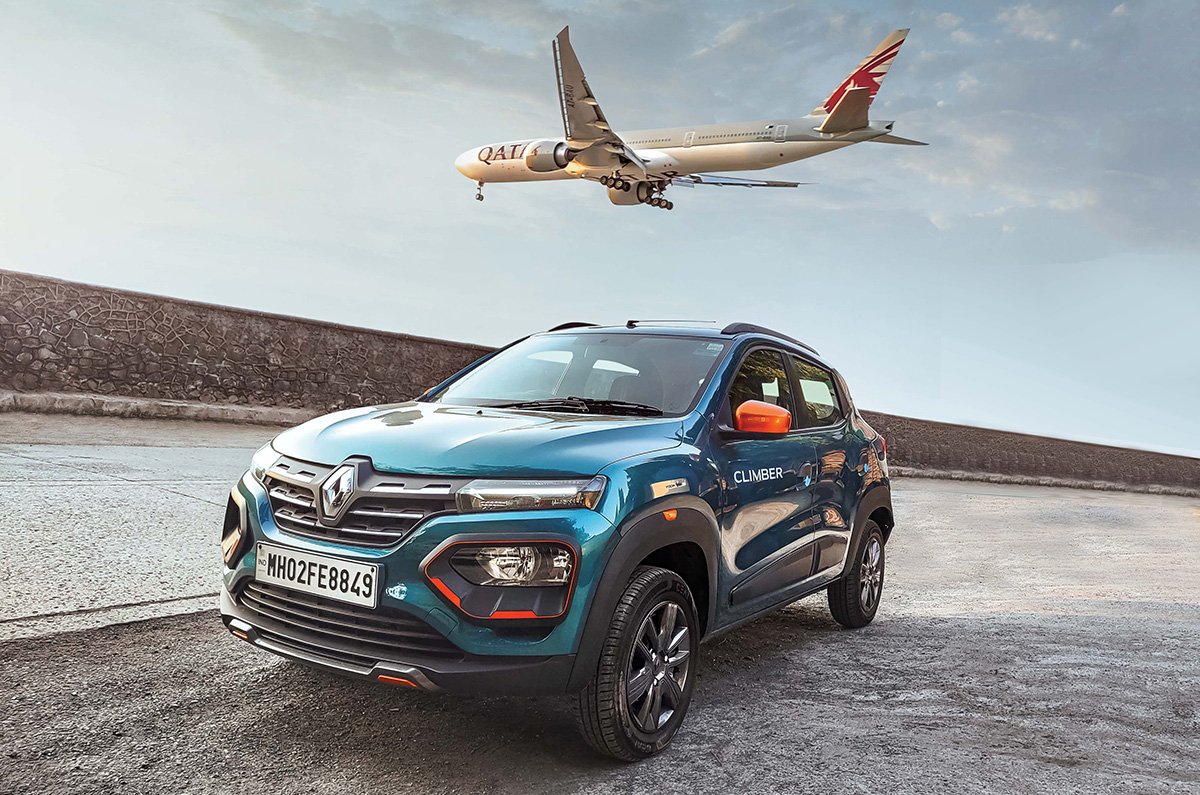 The updated Renault Kwid has just become the smallest member of our long-term fleet. After a break from long-term cars for a few months, I got the keys to a brand-new Renault Kwid Climber, which has replaced our Maruti Suzuki S-Presso; incidentally, its main market rival. The Kwid is not entirely new to me, especially after using the pre-facelift 0.8 as well as 1.0-litre versions extensively in the last few years. This one is the heavily updated Kwid and, in Climber guise, it gets some unique cosmetic elements. This mid-life update went on sale in India before the rest of world, and I have to give it up for Renault’s designers for making a budget hatchback look so convincingly SUV-like. The Climber variant comes with 14-inch wheels, which add a lot to its looks. The double-layer headlamp design, with its LED DRLs above and headlamps below looks upmarket, and further setting the Climber apart are its eye-catching orange exterior accents, dark grey wheel covers and unique interior upholstery. 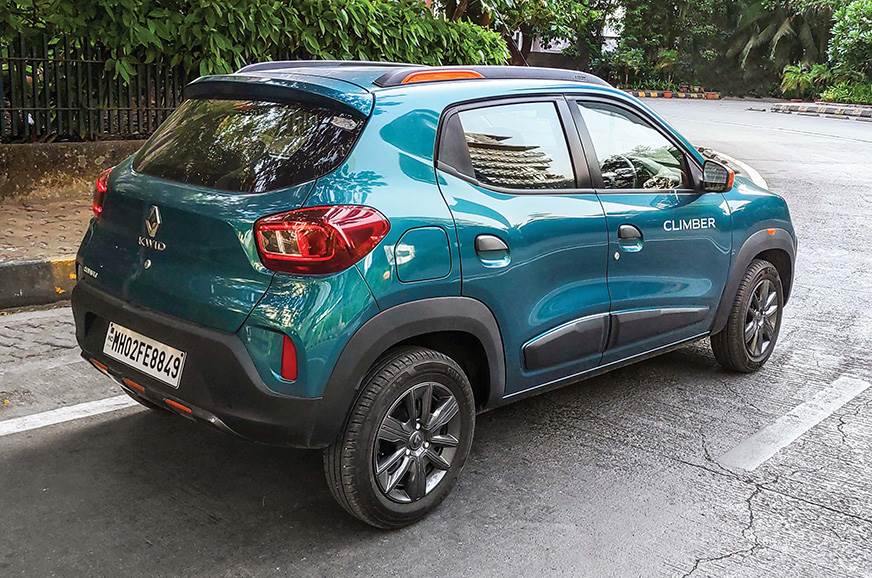 Since we are now back to a work-from-home regime, the Kwid makes fewer trips to the office, but I have managed to put around 2,000km on it, since late February. Spend enough time driving any vehicle, and you’re sure to get a good, solid perspective of its performance, dynamics and capabilities. The Kwid is my de facto ride to various COVID-19 centres I visit as part of a volunteer water distribution project I am part of. It’s also my companion for my aviation photography sessions, where its small footprint is quite helpful for the tight parking spots we ‘spotters’ often find ourselves in. 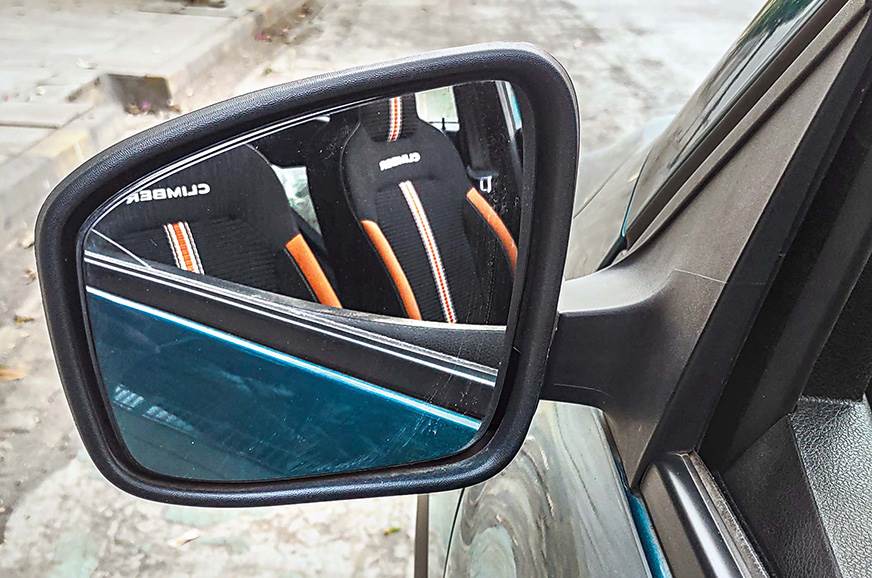 Having driven this car over a thousand kilometres, I’ve noticed the new Kwid feels a bit slower and less energetic than the earlier Kwid 1.0, which I thoroughly enjoyed during my 12km office commutes a few years ago. While the engine does sound a bit more refined, it now feels milder. This is likely due to the added weight from upgrades made to let it meet the newer crash test norms.

STEPPING BACK: Rear passenger windows cannot be controlled from the front.

Once you get going, the performance feels adequate for a regular city commute, and it also has just enough pep to keep up with highway traffic. What I did like about the updated Kwid’s engine is that the bottom end is slightly better and, along with a light clutch, helps reduce stress and effort while driving in heavy traffic. 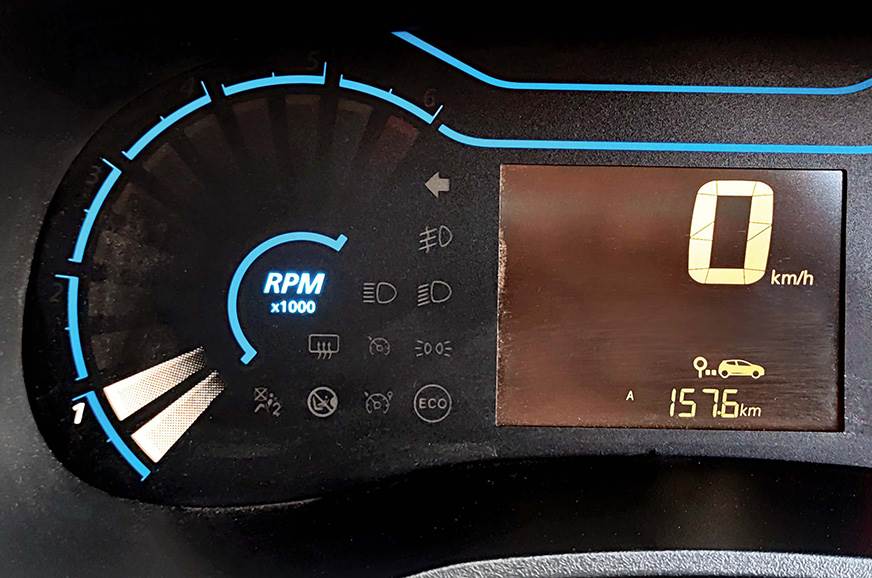 The Kwid has also received a major change on the inside with this facelift. The dashboard is all new and so is the steering wheel. I did find the seats a bit better contoured, but the big talking point is the 8.0-inch touchscreen that is the biggest in the class. While the audio quality from the two speakers in the dashboard remains nothing to write home about, the updated touchscreen system sort of makes up for it. Also a good addition is the rear-view camera, which offers a surprisingly clear view of obstacles, unlike other budget cars that have a patchy, low-res feed. Apart from the added structural reinforcement, the Kwid now gets dual front airbags and ABS as standard, thanks to the recent government norms, giving me a little more peace of mind. 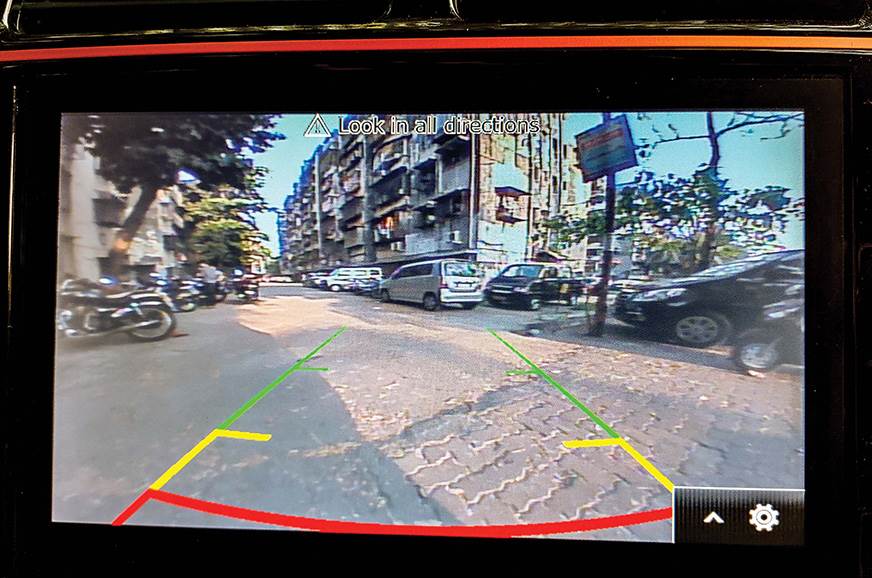 As far as fuel economy goes, I am getting around 13.5kpl in the city, but the Kwid Climber 1.0 is still quite new and the odo is still just above 2,000km, so it should improve. More on that in my next long-term report, where I’ll also look into the rear seat and what has changed there.