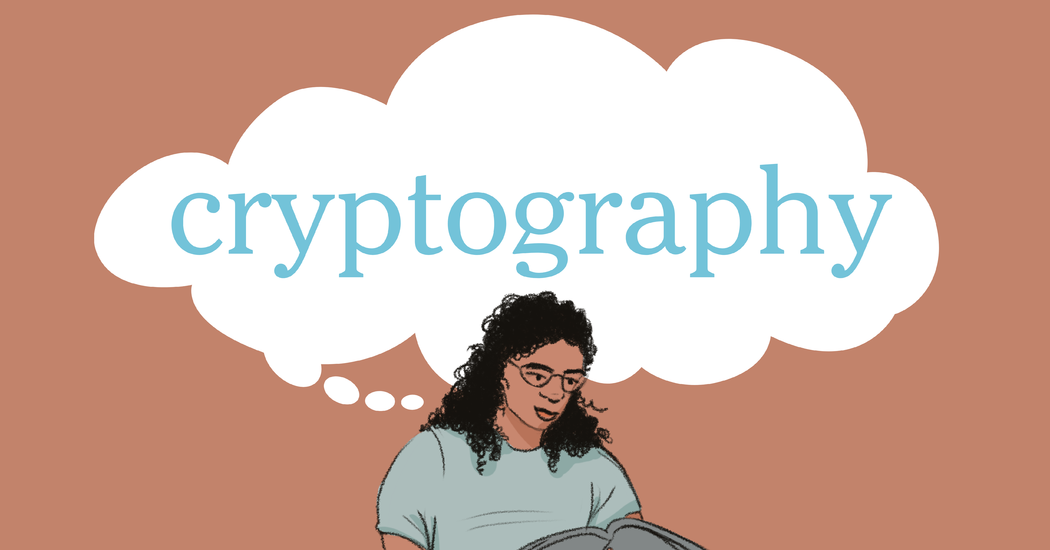 1. the science of analyzing and deciphering codes and ciphers and cryptograms

2. the act of writing in code or cipher

The word cryptography has appeared in 11 articles on NYTimes.com in the past year, including on Dec. 11 in “51 Years Later, Coded Message Attributed to Zodiac Killer Has Been Solved, F.B.I. Says” by Michael Levenson:

The code had long baffled cryptographers, law enforcement agents and armchair sleuths obsessed with the shadowy killer, who was blamed for five murders in the late 1960s. Only one previous cipher attributed to the Zodiac had been solved, and it was decoded by a California couple not long after it was sent in the 1960s.

This one was considered much more complex, suggesting the killer was frustrated that the first one had been deciphered so easily, Mr. Oranchak said.

The team that cracked it came together earlier this year, Mr. Blake said, after he reached out to Mr. Oranchak with some ideas on how to unravel the patchwork of symbols and characters.

“It’s considered one of the holy grails of cryptography,” Mr. Blake said. “At the time, the cipher had resisted attacks for 50 years, so any attempts to find a solution was truly a moonshot.”

Can you correctly use the word cryptography in a sentence?

If you want a better idea of how cryptography can be used in a sentence, read these usage examples on Vocabulary.com.