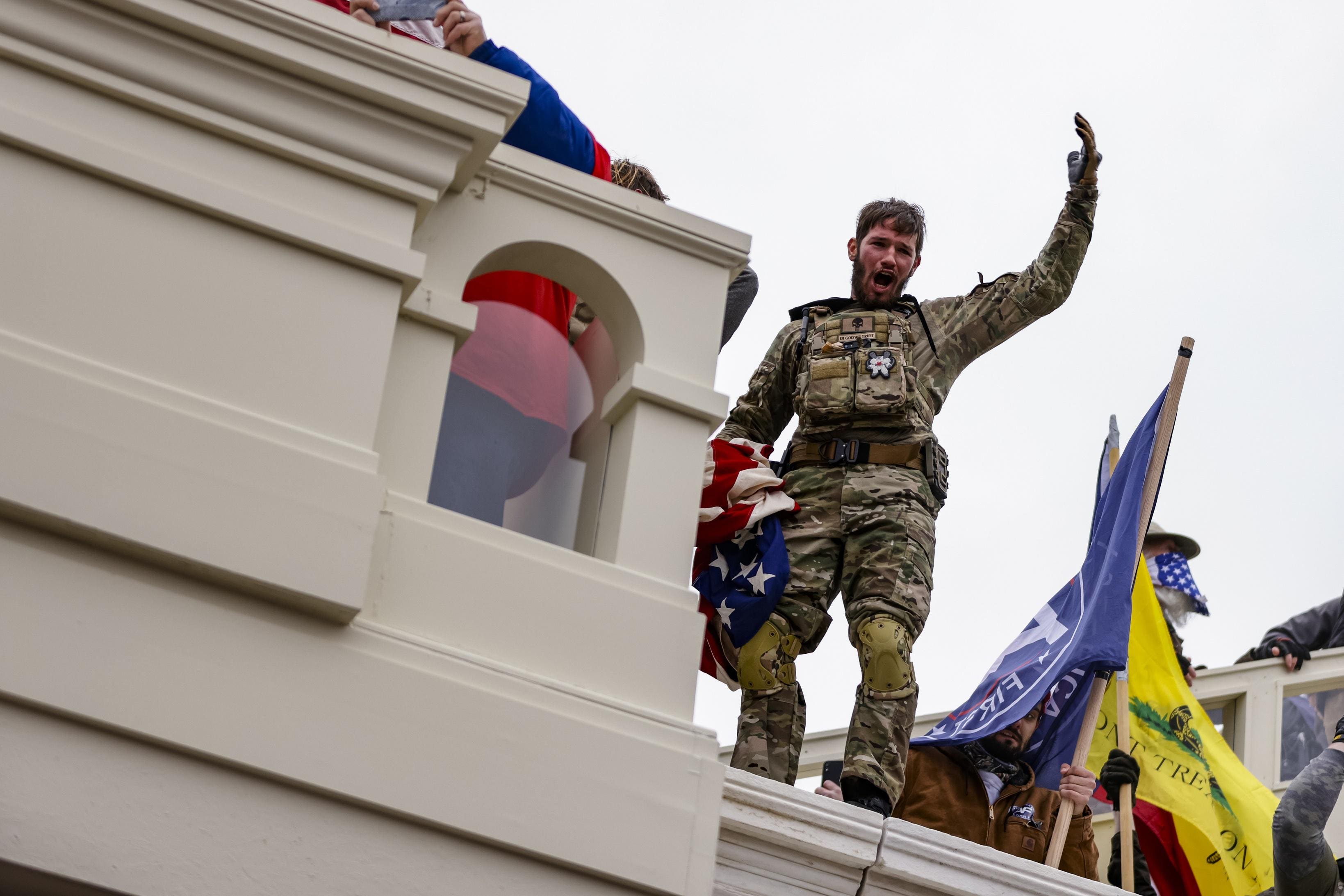 Watch what you post on social media, especially if you are in uniform. In recent years would-be employers have rescinded job offers, while universities have withdrawn acceptances after discovering controversial comments or photos that have been shared on the social platforms.

Now as part of the Biden administration’s crackdown on domestic extremism, the Pentagon is reportedly set to launch a pilot program that would screen social media for extremist material. According to internal Department of Defense (DoD) documents reviewed by The Intercept, the screening program would “continuously” monitor military personnel for what was described as “concerning behaviors.”

To date, the Pentagon has largely shied away from surveilling its members due to First Amendment protections, as well as other privacy considerations. However, the presence of veterans and even active-duty service members at the January 6 capitol riots raised concerns that extremism has been on the rise.

According to The Intercept, it is unclear to what extent Congress may even be award of the program, and Rep. Don Bacon (R-Nebraska), who sits on the House Armed Service Committee, told the outlet he was not aware of it.

“I have discussed this with our defense team and as of right now, we have not heard anything from DoD that would confirm this story,” Bacon’s press secretary Abbey Schieffer reportedly told The Intercept, while the Senate Armed Service Committee did not respond to a request for comment.

Some academic experts have already weighed in and said this could be the right course of action for the DoD to take – given the rise of extremism in the ranks of the military.

“I am in favor of this, especially due to the events at the Capitol and the alarming number of military personnel who were found to be participating in the riots,” said Professor Brian Gant, assistant professor of Cybersecurity at Maryville University.

“If done correctly I believe the implications will be no greater than traditional insider threat programs that are being implemented in every major company and organization in this country,” Grant added. “The benefits, especially from a national security perspective, of identifying potential extremists behaviors far outweigh anything being promoted as a slight on the First Amendment.”

“While the January 6 Capitol Hill Riot placed a spotlight on the involvement of former military personnel in extremist groups, this has been well established in the scholarly literature,” explained Pelfrey.

“The personality archetype cultivated by right-wing extremist groups or militia groups is that of a ‘warrior-hero’ who will defend the Constitution and the white race,” he added. “The predisposition towards weapons, tactical gear, and other trappings of war are desirable to a very small portion of current and former military personnel.”

Social Media As A Recruitment And Communications Tool

It isn’t just right-wing groups that embraced social media, and almost since its earliest days the social platforms have been used as a way to radicalization tool by Islamist militant groups. This has included the so-called ISIS brides, who have been drawn in via services such as Twitter and Ask.fm.

But increasingly various extremist groups across the political spectrum have used the platforms as a communication tool, which makes it harder for law enforcement to monitor.

“They are, however, hard to find and hard to connect to an individual,” said Pelfrey. “Most users who access and circulate extremist materials do so in an ‘anonymized fashion.’ We can therefore expect a review of standard social media to identify very few military personnel who connect with extremist organizations.”

The efforts to combat the spread of such information has been extremely challenging, Pelfrey warned.

“Most major social media groups, like Facebook and Instagram, have their own screening mechanisms to identify and purge extremist posts. There is far less rigor on platforms like 4Chan but the vast majority of posters on these venues are anonymous,” he noted.

In the case of the U.S. military, it is unlikely to stop radicalization or involvement in an extremist group, but it could make a difference other, and potentially significant ways.

“Auditing social media of military personnel will likely produce few results but it will send several strong messages,” Pelfrey. “Military personnel will know that their behavior, and ideology, may have consequences. Politically, military leaders can point to efforts to reduce participation in right wing extremist groups. This raises important ethical and constitutional issues which will need to be addressed in the courts.”