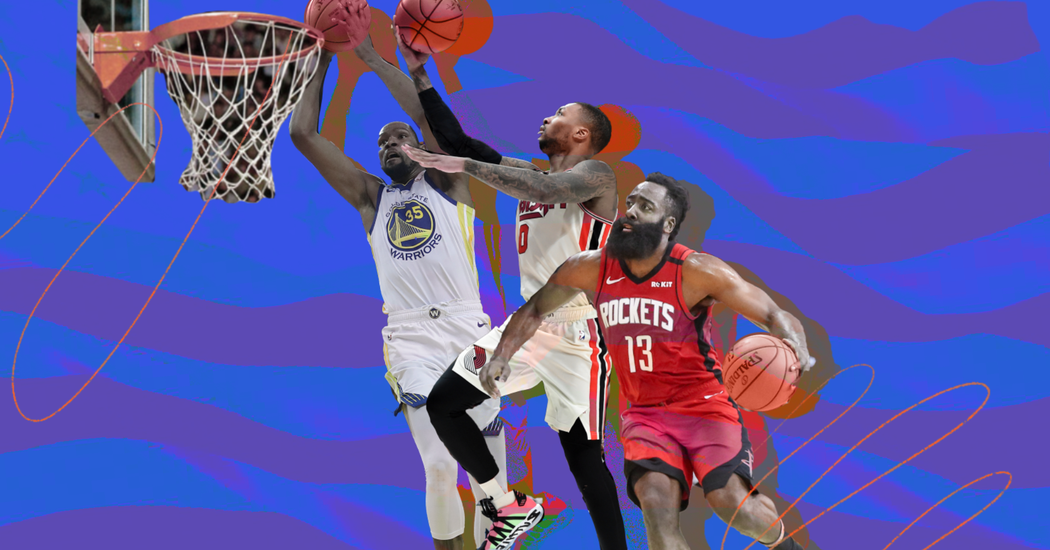 The United States is one of the most unequal countries in the developed world. People who aren’t wealthy have less chance of success and less chance for their children to succeed. When you talk about fixing these things, though, people freak out. Taxing the rich? Helping the poor? To many Americans, that smells like socialism. But there’s one part of American society that has been successfully fighting inequality for years, and right under our noses, because they know just how important it is to make sure everyone gets a fair chance. That’s right, I’m talking about the National Basketball Association. [UPBEAT MUSIC PLAYING] See, in the N.B.A., there are rich teams and poor teams. The New York Knicks, the Los Angeles Lakers and other big-city teams charge more for tickets, sell more merchandise and strike bigger broadcasting deals. They’re rolling in money. Meanwhile, the Phoenix Suns and Minnesota Timberwolves are struggling to get by. Now, you may be thinking, great. That’s competition for you. Let the best team win, right? Well, no. The N.B.A. wants competition on the court. But to maintain that competition and make sure every team has a fighting chance, the N.B.A. imposes strict rules to limit competition everywhere else. Let’s take a look. Rule 1: revenue sharing. The N.B.A. makes about $2.6 billion every year from national television deals. But that money is divided evenly among the teams, regardless of how many viewers each team attracts. Popular teams, which bring in huge audiences, are actually giving up some of their earnings to help out teams that are less profitable. Rule 2: spending limits. There’s this thing called the salary cap. It’s a limit on how much each team can spend on players. Last year, it was about $110 million. And every team has to stay under that limit. So instead of a no-holds-barred free market, the N.BA. is actually stepping in to make sure the wealthy teams don’t always outbid everyone else. And that means poor teams can make competitive salary offers to top players. Rule 3: the Draft. New players enter the N.B.A. through a draft. But how do you decide who gets first dibs on the hot talent? Well, it’s not random. The N.B.A. awards those precious top draft picks to the worst teams. That’s right. Each season’s worst teams are actually rewarded for their failures by getting a better chance at the top pick. And that gives them a head start on building a better team for next season. So why does the N.B.A. do all this? Simply put, they know that unregulated competition would be a disaster. The rich teams would use their mountains of cash to buy up all the best players, and soon, they’d have a chokehold on the league. You’d start to see the same few teams in the championship every year — Lakers, Bulls, Knicks. Lakers, Bulls, Knicks. Just imagine — the Knicks. It would be a lot like the rest of America, where the wealthiest people can set their kids up with trust funds, while everyone else struggles just to pay the rent. But maybe you’re wondering, why do rich teams agree to share their hard-earned profits with their poorer rivals? Well, the answer is simple — the Lakers need other teams to play — good teams. Otherwise, what’s the point? The only reason fans show up for basketball is because we believe it’s a fair fight. We need to know that with enough talent, hard work and good old-fashioned luck, any team has a chance at the championship. Without that level playing field, it would be boring as hell, and bad business for the N.B.A. And here’s the thing — a level playing field would be good for the rest of us too. So what would it take for America to look a little more like the N.B.A.? Well, we would need higher taxes on the wealthy to redistribute money from the rich to the rest of us. And, just like the N.B.A. draft, we would need to give poor folks a better shot at opportunity, like making sure everyone has access to education and good housing. That’s what a leg up looks like. Now, obviously, you can’t run a country like a sports league. And the N.B.A. has plenty of flaws too. The rich owners keep getting richer, just like the rest of the country. And while the players are well compensated, thousands of other workers, the ones who collect tickets, sell popcorn, clean the stands, don’t make very much at all. But we can still learn a lesson from the N.B.A. They haven’t abolished winners and losers. They haven’t abolished capitalism or wealth or profit. They just keep teams from using those profits to rig the system and spoil the game for everyone. That’s not socialism. It’s just fair play. So which world do you want to live in? A society where everyone has a chance to succeed or one where the winners are always the New York Knicks?

Trade Troubles: Learning About the Global Supply Chain and Why It’s Broken