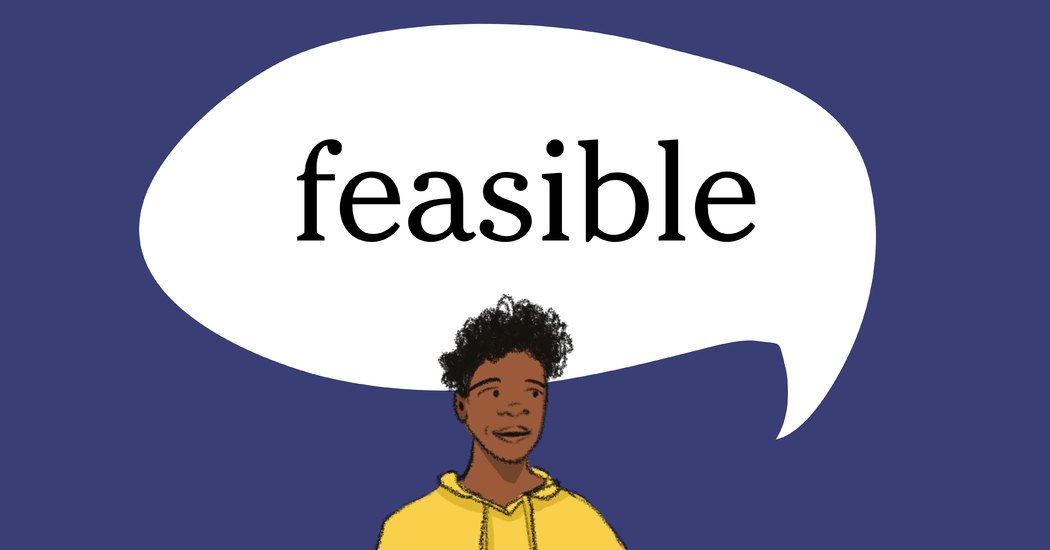 1. capable of being done with means at hand and circumstances as they are

The word feasible has appeared in 301 articles on NYTimes.com in the past year, including on April 25 in “‘Nothing Short of Amazing’: NASA Mars Helicopter Makes Longest Flight Yet” by Kenneth Chang:

NASA’s Mars helicopter went up again, going faster and traveling a total distance that was about the length of an American football field on its third trip through the wispy air of Mars.

Like the first two flights, the small experimental flying robot, named Ingenuity, perfectly executed its instructions from Earth. At 1:31 a.m. Eastern time — 12:33 p.m. local Mars time — it lifted 16 feet off the ground, then flew a round-trip distance of 328 feet before landing back where it started.

… Ingenuity, about 1.6 feet tall, is an $85 million project to demonstrate that controlled flight, like an airplane or a helicopter, is feasible on Mars, where the atmosphere at the surface is just 1 percent of Earth’s.

Can you correctly use the word feasible in a sentence?

If you want a better idea of how feasible can be used in a sentence, read these usage examples on Vocabulary.com.

Animation For Training 101: All You Need To Know About Using Corporate Training Animation