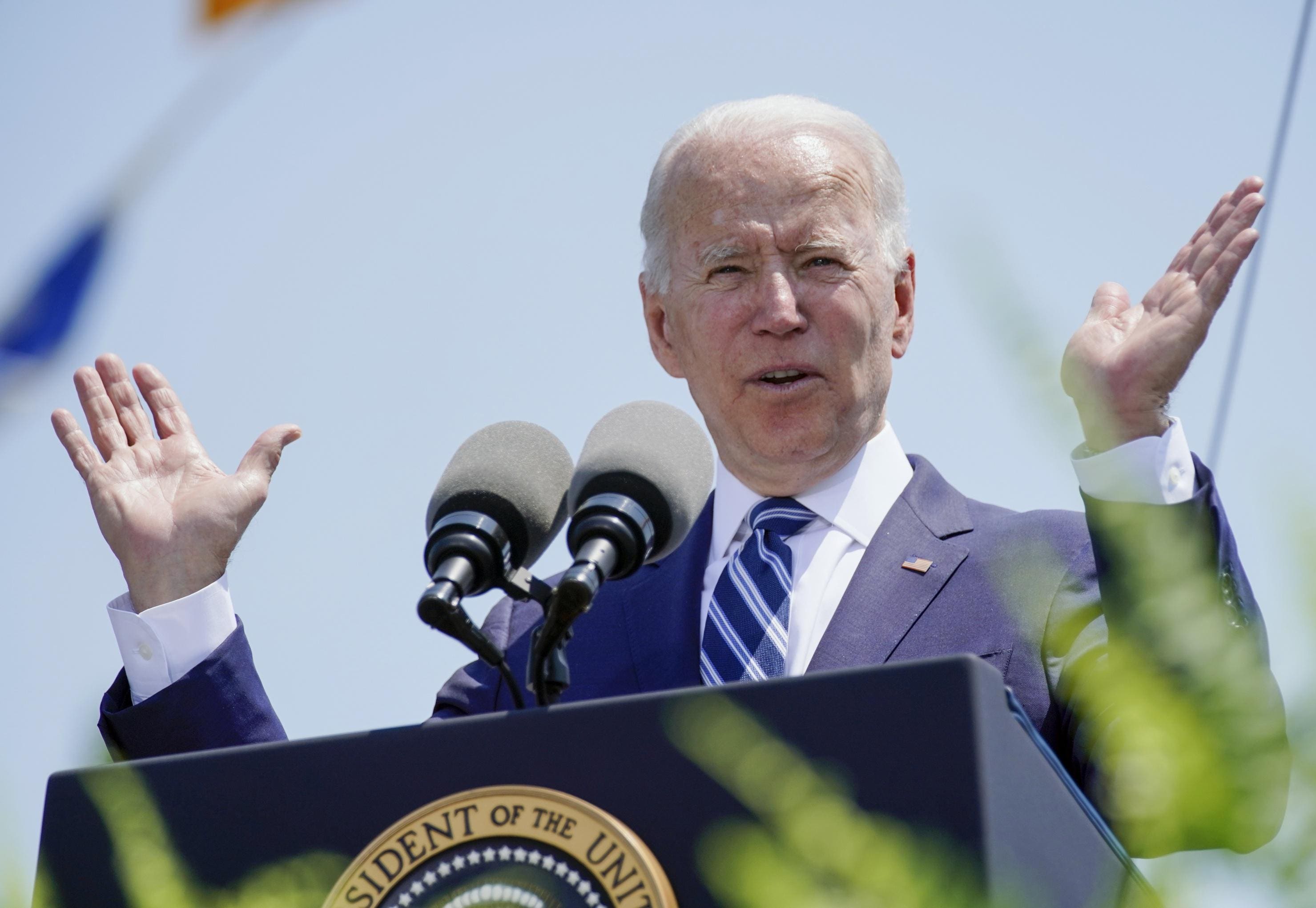 On Wednesday, President Joe Biden traveled to New London, Connecticut and gave the Coast Guard Academy’s Commencement address. Such an event is as big a moment for a new president as it is for the cadets.

Biden took to social to media, writing, “I was honored to speak at the Coast Guard Academy’s Commencement today. To the class of 2021: congratulations. May God protect you all as you set out on your journeys, and may God protect all those who wear the uniform of the United States of America.”

However, what might be most remembered by those cadets in attendance wasn’t Biden’s upholding of the tradition of absolving graduates of all “minor infractions,” or even the story he told of a college prank he actually committed.

Rather what might have been the most memorable moment of the speech were the poor choice of words the “commander in chief” chose when describing the cadets. After attempting to poke some humor at the U.S. Navy’s expense, Biden suggested the graduates – newly minted officers of the United States Coast Guard – were a “dull class.”

In his first commencement address as the nation’s commander in chief, President Biden fumbled an old joke badly, “I can only assume that you’ll enjoy educating your family about how the Coast Guard is quote ‘The hard nucleus around the Navy forms in times of war.'”

Silence soon followed, and instead of merely moving on Biden doubled down.

“You’re a really dull class. Come on, man,” Biden added. “Is the sun getting to you? I would think you’d have an opportunity when I say that about the Navy to clap.”

Several conservative commentators and political pundits pounced on Biden, and shared video of the president scolding the cadets.

While many chalked up Biden’s reaction as his being authentic, several others quickly pointed out that Biden’s joke wasn’t even original. Video surfaced on Wednesday afternoon that showed that the late President Ronald Reagan used the same line back in 1988 while giving the Coast Guard commencement speech.

“My Coast Guard aides have been excellent,” Reagan told the cadets. “One of them taught me that, and I quote, ‘The Coast Guard is that hard nucleus about which the Navy forms in time of war.”

Not only did the Gipper not flub the line, but he actually received the cheers Biden expected. Washington Examiner’s Becket Adams (@BecketAdams) shared the video on social media, and by Thursday morning it had nearly 32,000 likes and was retweeted more than 10,000 times.

Adams also added, “fyi, Reagan delivered this joke in 1988, at the end of his presidency and when dementia rumors were rampant.”

This wasn’t the first time President Biden has been accused of “borrowing” liberally, but as Adams noted Biden also wasn’t the actually first to “recycle” the quip.

“also, guys, i wouldn’t say the joke is plagiarized,” wrote Adams. “Reagan said he heard it from a Coastie. Dick Cheney also told the joke in 2008. It’s an old bit.”

However, the fact that video was posted comparing Reagan’s delivery to Biden’s should serve as a warning to would-be comedians to “hone” their act, but also to move on when a joke doesn’t land. Social media can quickly and easily dredge up the past, and you don’t want to be upstaged by someone who did a superior job many years earlier. But you also don’t want your reaction to live on forever either.

“It is a sign of our times that everything we say will be recorded and used against us,” warned technology and telecommunications analyst Roger Entner of Recon Analytics.

“Ideally, you use new material every time you speak, especially as the president, and if an old joke bombs you graciously move on,” Entner added. “Someone is always watching for you to slip up and interpret it in the worst way. It comes with the territory.”