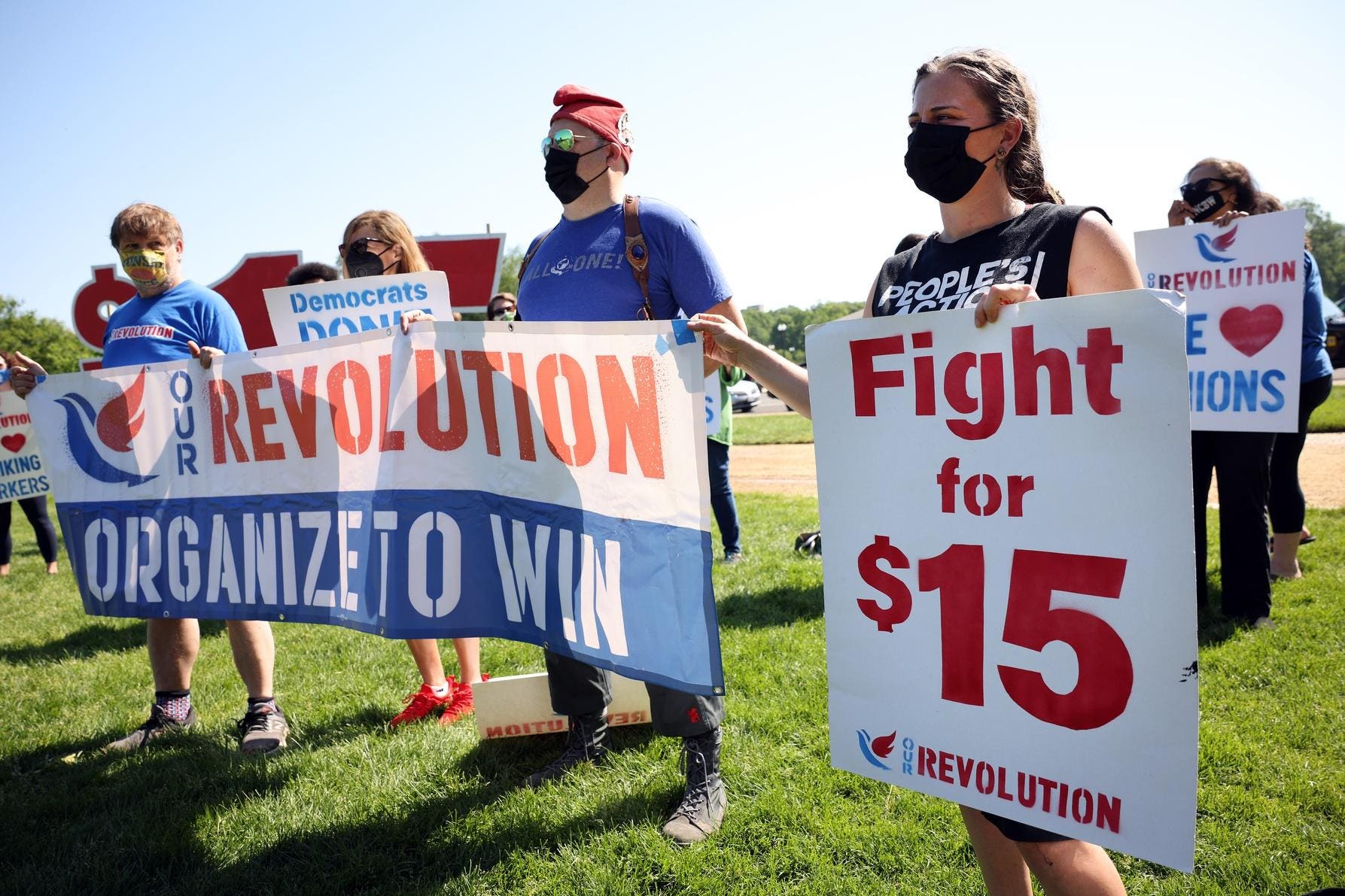 Those who headed to the Golden Arches on Wednesday may have been out of luck, as workers at McDonald’s had announced plans to strike in an effort to see their wages increase. Those workers at the global fast food chain planned to strike in at least 15 cities, and it was backed by “Fight for $15,” a movement seeking a $15 wage and even union rights for low-paid workers.

The effort was also supported by the Service Employees International Union, while the strike comes one day before McDonald’s annual shareholder meeting.

The fast food giant reportedly made nearly $5 billion last year, and shareholders in the publicly traded company saw an increase in dividends, while its CEO was paid more $10 million.

By Wednesday afternoon the hashtags #McDonaldsStrike and #FightFor15 were trending on social media, and number of memes also made the rounds.

National Employment Law Project (@NelpNews) was among the organizations that showed its solidarity with the workers on social media.

Democratic Socialist Sen. Bernie Sanders of Vermont (@SenSanders) supported the call to raise the minimum wage for fast food workers. His tweet was quoted hundreds of times and had more than 16,000 likes within just hours.

He wrote, “In Denmark, the average worker in McDonald’s makes $22 an hour, receives 6 weeks of paid vacation, 1 year of paid family leave, life insurance and a pension. Yes. If McDonald’s workers in Denmark can have a decent standard of living, we can do it in the U.S. #McDonaldsStrike.”

However, there were those who responded to Sen. Sanders and others and were as quick to note that it could be much more expensive to grab a burger at lunchtime if wages are increased.

“In Denmark, the average cost of food in restaurants is over 52% HIGHER than the US,” wrote @BrewAndBirdies.

That sentiment was shared by Simeon Ikudabo (@SimBreezay), a social media designer, who added, “They also pay much more in taxes, have a higher cost of living, and ultimately end up in the same situation as an American McDonald’s employee who tends to have a lower tax burden and lower cost of living in most regions in the US. The ‘net’ income ends up being the same.”

Strikes are not new, but social media could change the way this particular call to action is seen by users. Even those who may not eat at McDonalds are more likely to take sides now that it is trending on the social platforms.

“News outlets are covering striking workers at McDonalds in 15 US cities today but I expect tens of millions more people will become aware of the events via Twitter,” King added. “Whether or how many of those people will heed Bernie Sanders’ or AOC is uncertain. But the Twitter megaphone should not be discounted out of hand by McDonald’s or its franchisees.”

The question is whether that ability to spread the message will result in the workers’ demands be heard and actually listened to.

“Unfortunately companies have always bent to the whim of social media and now it’s coming around to bite them in the rear end,” explained telecommunications analyst Jeff Kagan.

“Too many executives have mistakenly thought that taking the easy way out would solve their problems. But all it does is make the problems grow worse going forward,” added Kagan.

“While social media is definitely an effective way of spreading the word, there are consequences which they haven’t prepared for,” Kagan noted. “Example, when workers wages rise, it’s good news for the short term, but in the long term jobs get cut and prices of everything rise.”