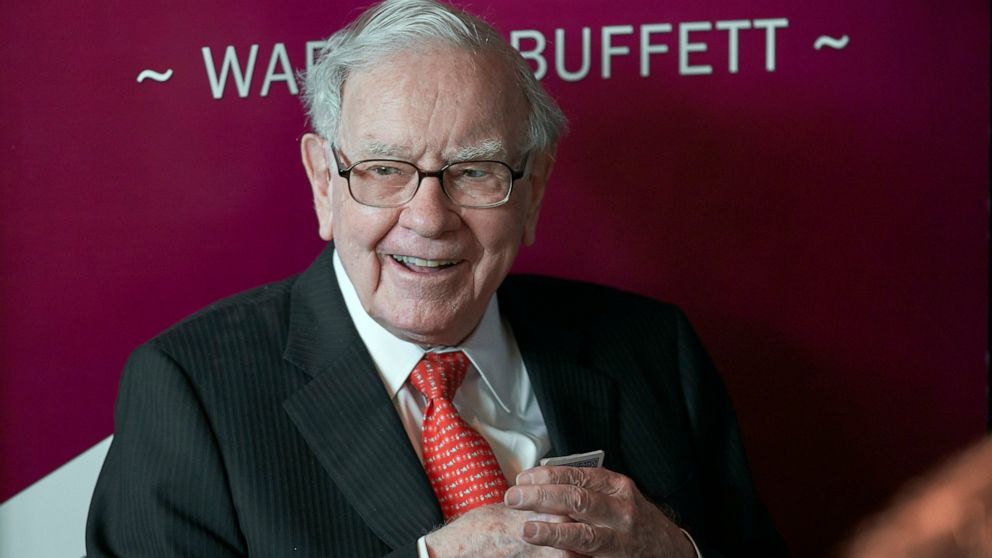 OMAHA, Neb. — Investor Warren Buffett’s company pared back its holdings in financial firms further during the first quarter and also halved its new investment in Chevron.

Berkshire Hathaway Inc. provided an update on its U.S. stock holdings in a filing with regulators Monday. Many investors follow Berkshire’s holdings closely because of Buffett’s remarkably successful record.

During the first three months of the year, Berkshire unloaded more of its Wells Fargo stock, pared down its investment in US Bank’s parent company and sold off a relatively smaller stake of about $700 million in Synchrony Financial.

At the end of the period, Buffett’s company held just 675,054 shares of Wells Fargo. It once owned more than 10% of Wells Fargo before it started selling its interest in the big bank.

Three months ago, Berkshire disclosed a $4.1 billion Chevron investment. It has since has cut that down to roughly $2.5 billion of the oil producer’s stock.

Berkshire officials don’t generally comment on these quarterly filings. And the document doesn’t make clear which investments Buffett made. The billionaire handles the biggest investments in Berkshire’s portfolio, such as Apple, Coca-Cola and Bank of America. He has said that investments of less than $1 billion are likely to be the work of Berkshire’s two other investment managers.

Buffett’s company added a new investment in Aon when it picked up 4.1 million shares of the insurance broker. It also added to its stake in professional services firm Marsh & McLennan, which now includes 5.3 million shares.

Berkshire nearly doubled the size of its stake in grocery store owner Kroger to 51 million shares, up from 33.5 million.

The company also added to its relatively new stake in Verizon to give it nearly 159 million shares, up from 147 million three months ago when it first revealed the investment.

Buffett’s company also trimmed a number of its holdings during the quarter including drugmakers Abbvie, Bristol-Myers Squibb and Merck, carmaker General Motors, and Sirius XM.