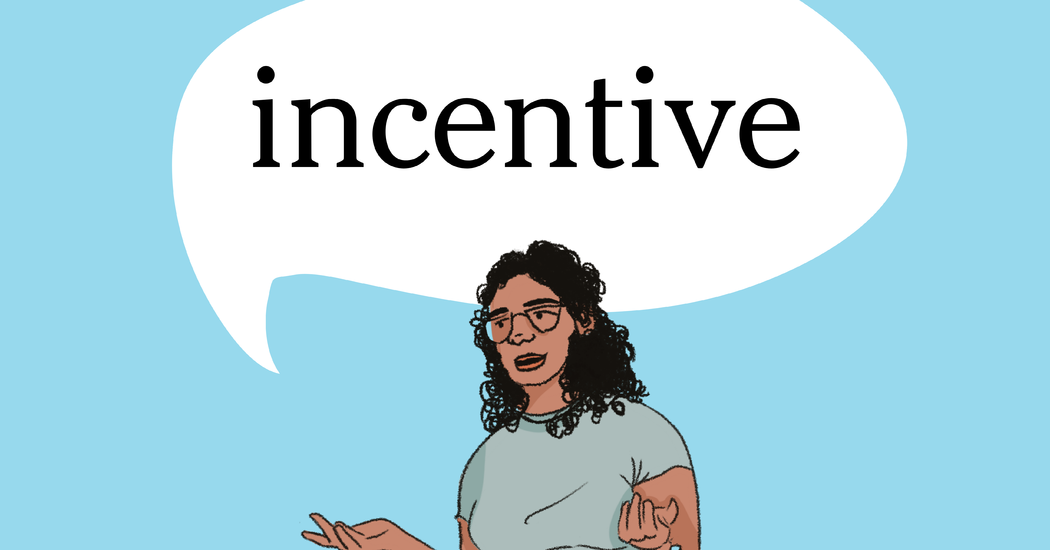 2. an additional payment (or other remuneration) to employees as a means of increasing output

The word incentive has appeared in 551 articles on NYTimes.com in the past year, including on April 16 in “Why Amazon Workers Sided With the Company Over a Union” by Karen Weise and Noam Scheiber:

Mr. Brooks is one of almost 1,800 employees who handed Amazon a runaway victory in the company’s hardest-fought battle to keep unions out of its warehouses. The result — announced last week, with 738 workers voting to form a union — dealt a crushing blow to labor and Democrats when conditions appeared ripe for them to make advances.

For some workers at the warehouse, like Mr. Brooks, the minimum wage of $15 an hour is more than they made in previous jobs and provided a powerful incentive to side with the company. Amazon’s health insurance, which kicks in on the first day of employment, also encouraged loyalty, workers said.

Can you correctly use the word incentive in a sentence?

If you want a better idea of how incentive can be used in a sentence, read these usage examples on Vocabulary.com.