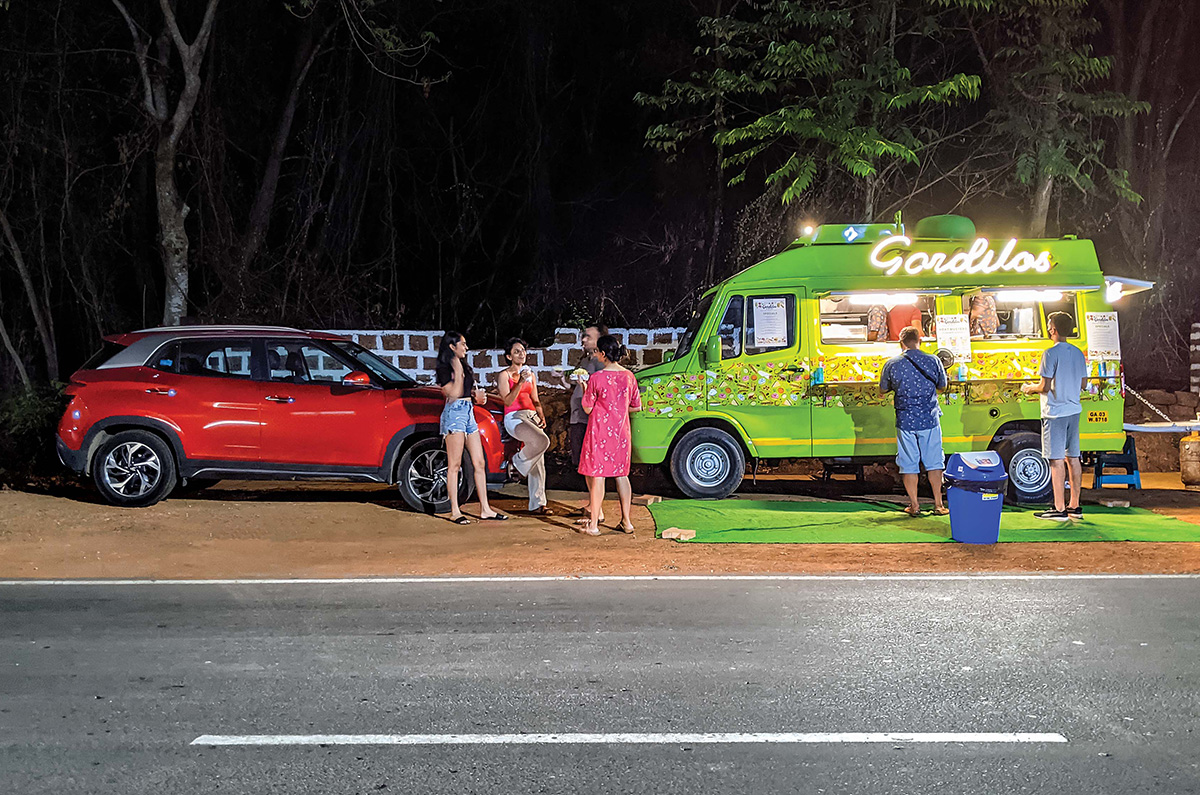 “With offices shut, could I work out of my home in Goa?” “Sure,” said Hormazd, and with that I thanked him, hung up and told the eagerly awaiting family to pack our bags while I simultaneously began planning our exit.

It was 8pm on Thursday and that meant we only had the Friday before the weekend COVID-19 curfew to drive out of Mumbai, we’d also have to begin our trip at 7am; when the night curfew lifted and enter Goa before the curfew began again at 8pm. Quite easily doable.

The 630km trip usually takes me about 12 hours, but to maximize time, we packed the car that night itself and that’s when we began to appreciate the new Creta. The boot is sufficiently large, has no lip to lift bags over, is free of intrusions and quite well lit too, so packing it in at night wasn’t a challenge at all. Although, remember to start packing from the right, so that the left-side-mounted boot light offers illumination till the end.

At 7:05am the next morning we were off, food bag in the front footwell, a hot thermos in the glove box (we can’t do without evening chai), and a few small juice tetra packs that didn’t fit in the cooled centre console; the issue was the console lid does not close as the cabin air purifier underneath it protrudes into the storage space, and this limits the usable area and somewhat defeats the purpose. 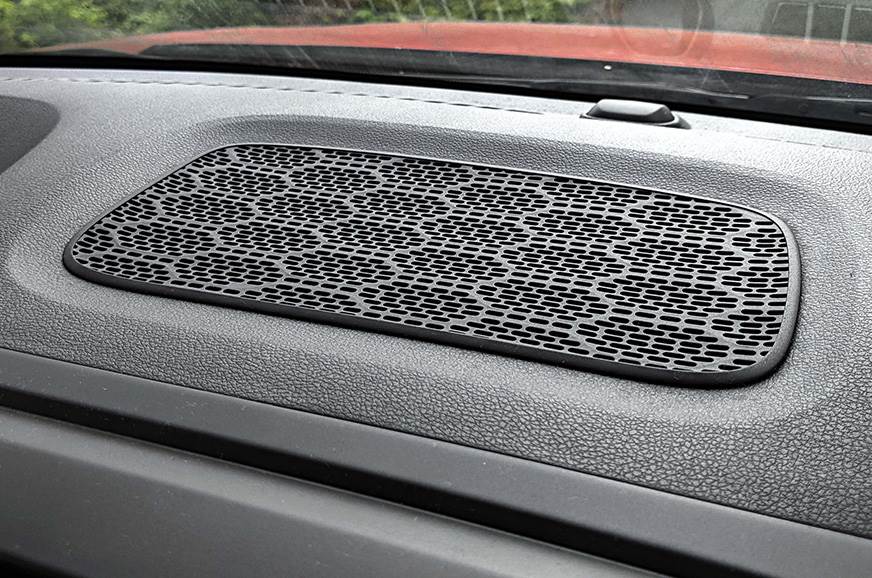 That aside, there was pretty much nothing else wrong with the Creta. The interior plastics aren’t up to the mark, and they feel decidedly low rent; the kids weren’t convinced we had a ‘fancy’ car this time, but the Creta’s performance over the road trip impressed everyone.

The kids really loved the fact that the car’s rear windows had integrated sun blinds, this seems like a small feature but the last car we took down to Goa – the Hector – didn’t have these. They hated having to reach for and stick up generic sun blinds we had; retractable ones are just so much more convenient. 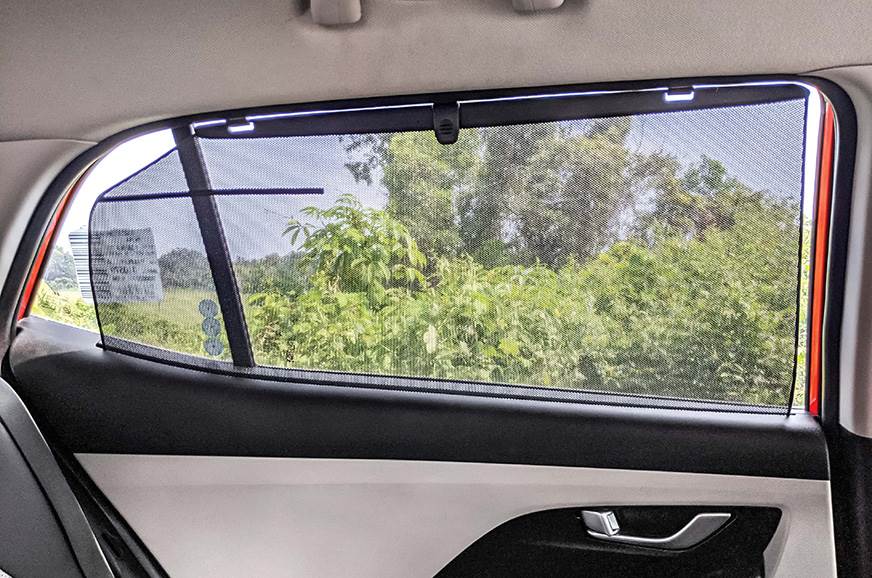 GOODBYE SUNSHINE: No fumbling with stick-on blinds, retractable ones are so convenient.

Another bit they liked was that the rear seats had enough room, and my son quite liked the little memory foam head restraint pillows, a la S-Class, that came with the car. Another must-have on any road trip is a good audio setup and the Bose system is pretty neat. There are better ones for sure, but this unit will leave you with no complaints at all.

The greatest bit about the infotainment system, though, is the Android Auto integration. It’s the best I’ve seen so far. In most cases, your phones simply takes over the entire screen, or in some cars it leaves room for the car’s OS too, which is quite handy. In the Creta, while it does take over your entire screen, it offers a neat split-screen functionality for Android Auto. So, for example, you can control your music player on the main screen and still have live map navigation displayed in the smaller area at the side, and a simple tap easily swaps between the two. Better still is the fact that below it are physical buttons, which are just so much safer and easier to use in a moving vehicle. 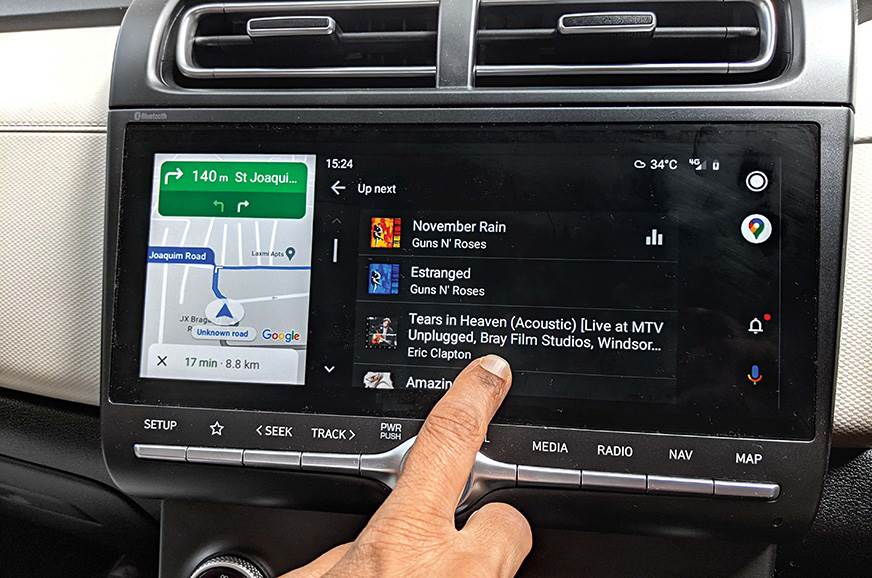 Driving the Creta was also a delight. At Autocar, we’re fans of Hyundai’s new 1.5-litre diesel powerplant and this trip only cemented it. The engine is very refined, with sound and vibrations well contained. Even with the music turned off, you can’t really hear the engine unless you increase revs. Steady cruising is a nice and quiet affair.

What you will also appreciate on a highway run like this is the very tractable nature of the engine. With power coming in early, at around 1,200rpm, and staying steady till about 4,000rpm, I could leave it in sixth gear and simply let the engine torque do all the work, thus reducing quite a few extra shifts on the highway. 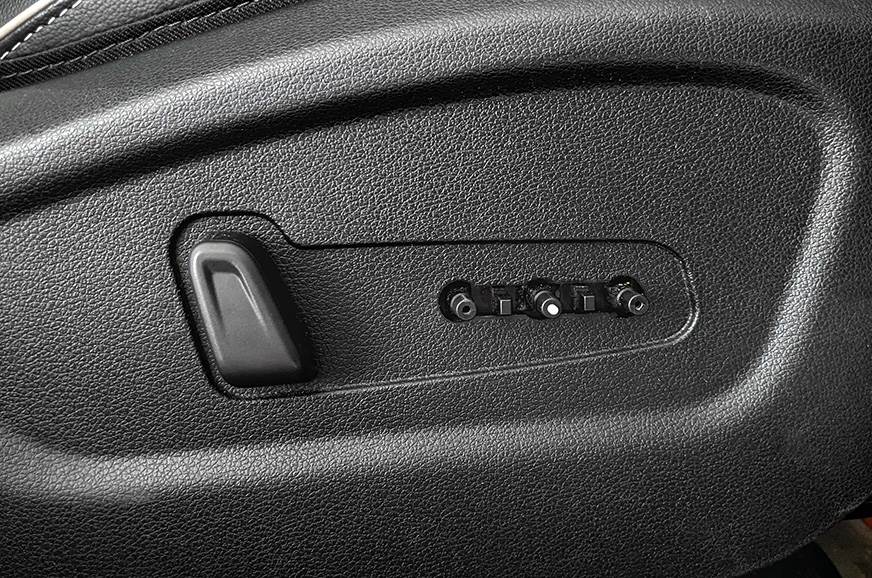 NOT BUTTONED UP: Arrived with the driver seat adjustment button missing.

The Creta’s ride is greatly improved over its predecessor. I do not like cars that wallow about and the old car did exactly that, with a suspension setup that was too soft. The new car is still on the softer side but it’s not as bouncy as the old Creta. Pushed hard, it will roll, but with my daughter – who tends to feel car sick – I drive at a steady pace and even keel. So here, too, the Creta proved to be really neat. 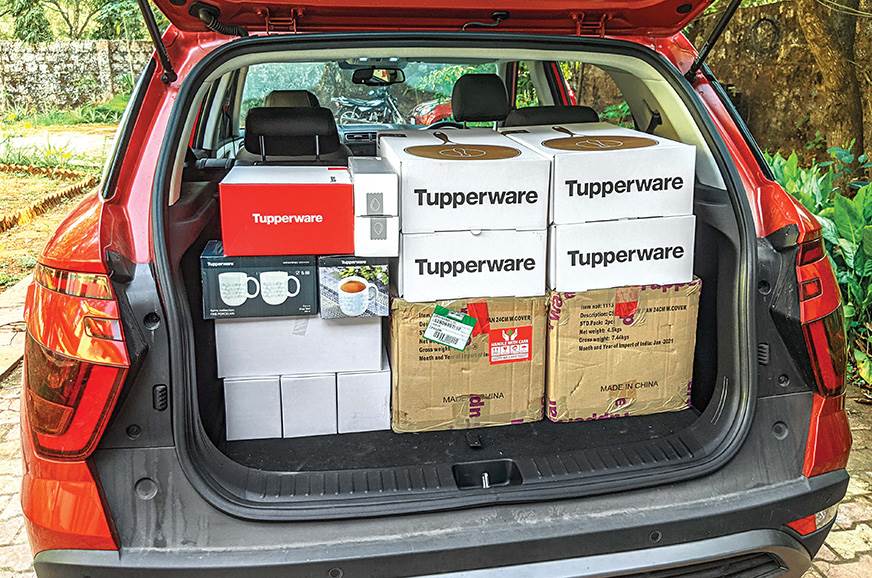 The Creta is one of the few cars that can keep up with my mum’s weekly Tupperware sales.

At the time of writing this, we had only been here a week but the car has made fans already. Impressed with the cooled seats, my younger brother insisted we take it to eat out at Goa’s new buzz – food trucks. The nieces and nephews love the big sunroof and are thankfully wise enough to not want to stand up through it. My mum loves the large boot, which easily took in her Tupperware goods. Seeing this, my dad’s now eyeing it for the paddo (Konkani word for plucking coconuts from your land); perhaps that will feature in the next report.