What is a Photodiode?

It is a form of light sensor that converts light energy into electrical energy (voltage or current). Photodiode is a type of semi conducting device with PN junction. Between the p (positive) and n (negative) layers, an intrinsic layer is present. The photo diode accepts light energy as input to generate electric current. 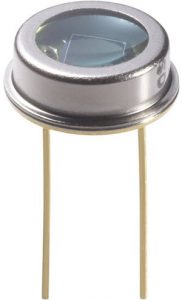 The symbol of the photodiode is similar to that of an LED but the arrows point inwards as opposed to outwards in the LED. The following image shows the symbol of a photodiode. 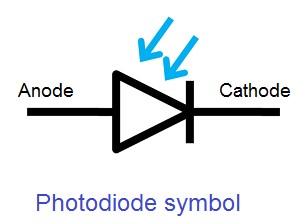 Working of a Photodiode

Generally, when a light is made to illuminate the PN junction, covalent bonds are ionized. This generates hole and electron pairs. Photocurrents are produced due to generation of electron-hole pairs. Electron hole pairs are formed when photons of energy more than 1.1eV hits the diode. When the photon enters the depletion region of diode, it hits the atom with high energy. This results in release of electron from atom structure. After the electron release, free electrons and hole are produced. 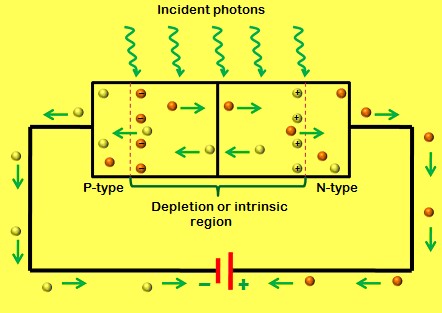 In general, an electron will have a negative charge and holes will have a positive charge. The depletion energy will have built-in electric field. Due to that electric field, electron-hole pairs move away from the junction. Hence, holes move to anode and electrons move to the cathode to produce photocurrent.

The photon absorption intensity and photon energy are directly proportional to each other. When energy of photos is less, the absorption will be more. This entire process is known as Inner Photoelectric Effect.

Modes of operation of a Photodiode

Photodiode operates in three different modes. They are:

Let us take a brief look at these mode.

This is otherwise called as Zero Bias Mode. When a photodiode operates in low frequency applications and ultra-level light applications, this mode is preferred. When photodiode is irradiated by a flash of light, voltage is produced. The voltage produced will have a very small dynamic range and it has a non-linear characteristic. When photodiode is configured with OP-AMP in this mode, there will be a very less variation with temperature. 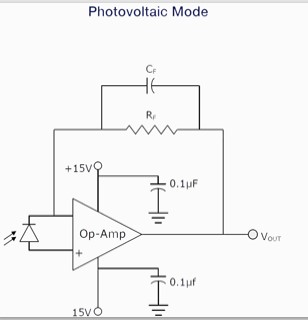 In this mode, photodiode will act in reverse biased condition. Cathode will be positive and anode will be negative. When the reverse voltage increases, the width of the depletion layer also increases. Due to this the response time and junction capacitance will be reduced. Comparatively this mode of operation is fast and produces electronic noise. 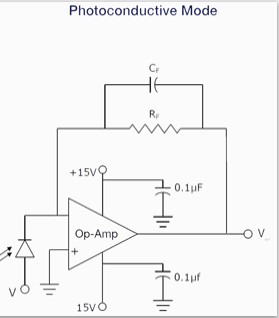 Transimpedance amplifiers are used as preamplifiers for photodiodes. Modes of Such amplifiers keep the voltage maintains to be constant to make photo diode operate in the photoconductive mode.

In this mode, Avalanche Diode operates at a high reverse bias condition. It allows multiplication of an Avalanche Breakdown to each photo-produced electron-hole pair. Hence, this produces internal gain within photodiode. The internal gain increases the device response.

Connecting a Photodiode in an External Circuit

A Photodiode operates in a circuit in reverse bias. Anode is connected to circuit ground and cathode to positive supply voltage of the circuit. When illuminated by light, current flows from cathode to anode. 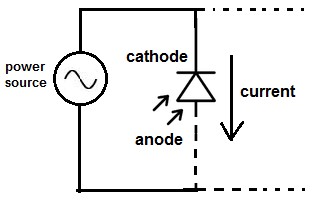 When photodiodes are used with external circuits, they are connected to a power source in the circuit. The amount of current produced by a photodiode will be very small. This value of current will not be enough to drive an electronic device. So when they are connected to an external power source, it delivers more current to the circuit. So, battery is used as a power source. The battery source helps to increase the current value, which helps the external devices to have a better performance 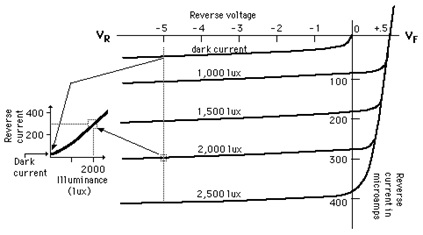