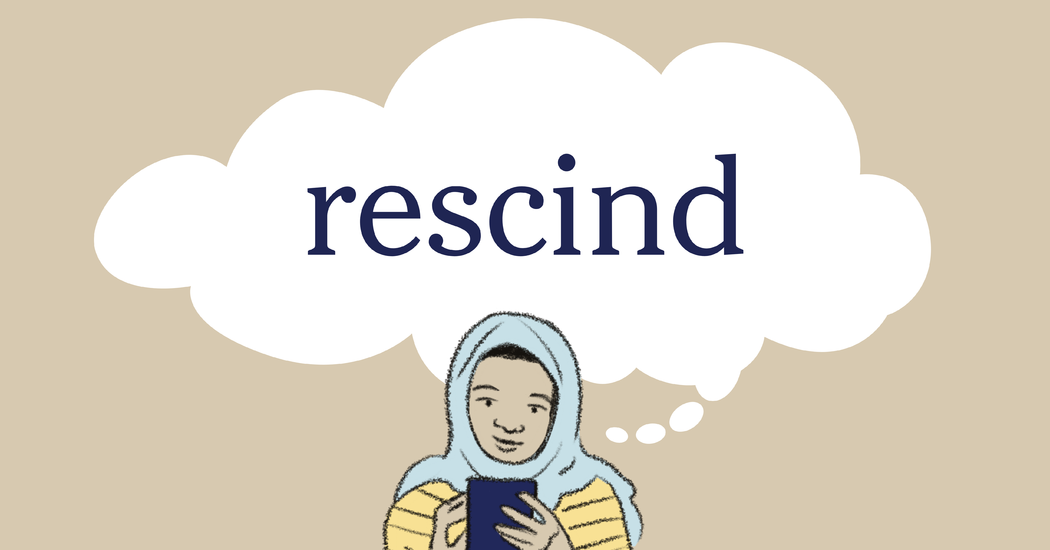 The word rescind has appeared in 115 articles on NYTimes.com in the past year, including on May 3 in “In Colombia, 19 Are Killed in Pandemic-Related Protests” by Julie Turkewitz:

At least 19 people were killed and hundreds more injured during days of protests across Colombia, in which tens of thousands of people have taken to the streets to demonstrate against a tax overhaul meant to fill a pandemic-related fiscal hole.

On Sunday, President Iván Duque announced that he would withdraw the current proposal, and instead seek a new plan, this time borne out of consensus. “The reform is not a whim,” he said. “The reform is a necessity.”

… Mr. Guzmán, with Colombia Risk Analysis, said that there was widespread agreement that fiscal reform was needed to keep the country afloat, but that the government had waited too long to rescind the unpopular tax proposal, allowing the anger, frustration and resentment that had been simmering over the last year to boil over.

Can you correctly use the word rescind in a sentence?

If you want a better idea of how rescind can be used in a sentence, read these usage examples on Vocabulary.com.