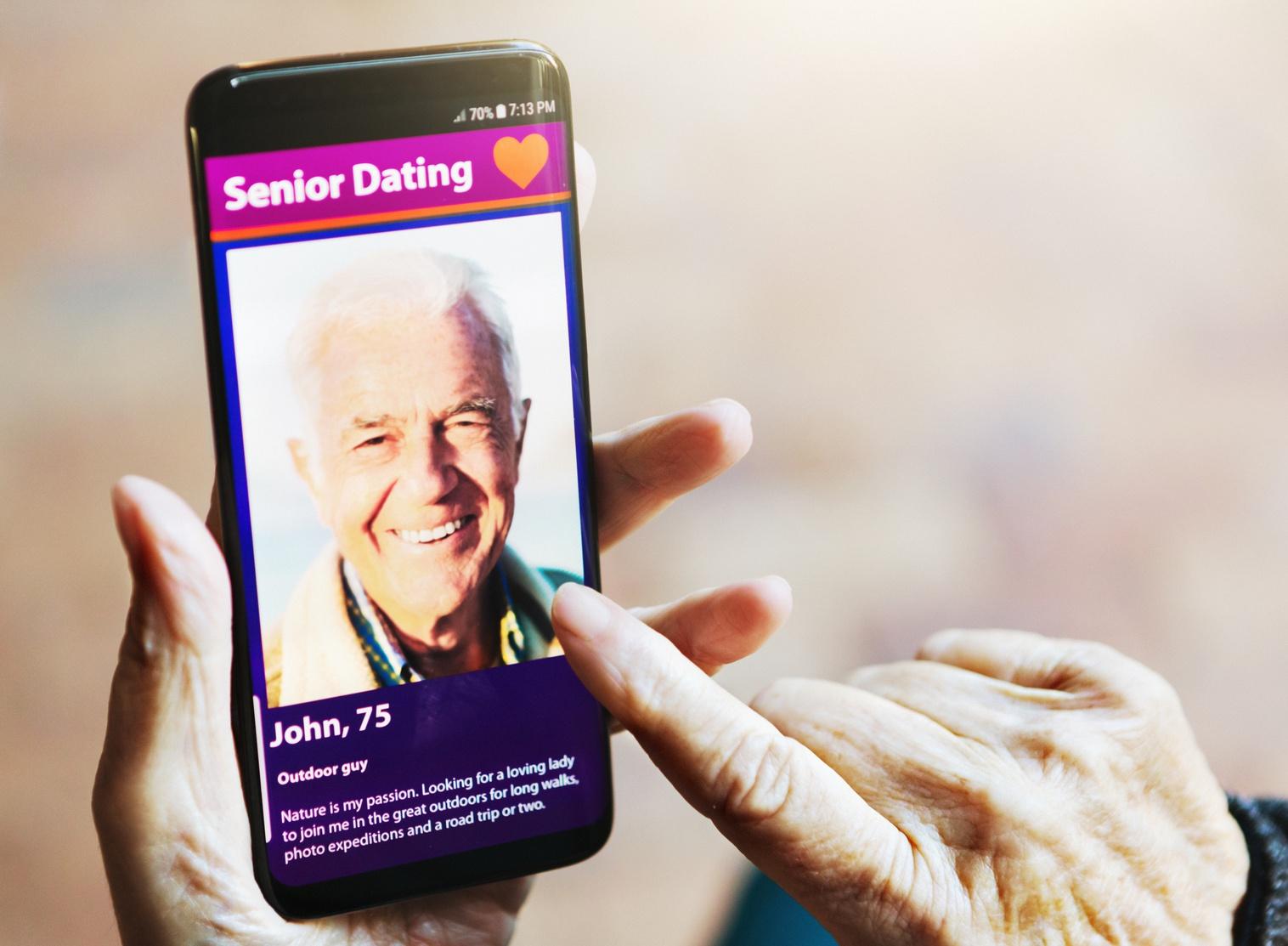 Finding love in one’s twilight year’s likely isn’t easy in normal times, but “love in the time of Covid” could make it all the more challenging. That doesn’t mean that seniors have given up on dating.

According to a new survey conducted by Choice Mutual, an independent insurance agency, seniors are certainly playing the field – and increasingly turning to dating apps.

“Senior citizens are actively playing the dating game, and in the last five years alone, 37 percent have dated,” explained Anthony Martin, founder and CEO of Choice Mutual, who helped put the survey and report together. “They’re using a lot of the same methods for meeting people as the younger generations, including going online to meet potential partners via dating apps and websites, and even social media.”

The study found roughly a third of seniors who have dated within the last five years have turned to dating apps for help and according to Choice Mutual many have found success. It was reported that about two-thirds, or 66 percent, of those using dating apps or websites had a relationship with someone they met through the platform.

“When we asked them which ways of meeting people had the best outcomes, 11 percent of seniors that were dating said social media was a good place to meet people and 21 percent said dating apps and sites,” added Martin. “In fact, many of them have great success on dating apps. 66 percent of those using dating apps have found a relationship partner on platforms like Tinder, Match.com, and Hinge.”

Not surprisingly seniors reported that the top dating app was Tinder, with 35 percent of respondents saying that they were dating someone they met on the platform. Other sites where seniors have had luck finding relationships were Match.com with 28 percent saying they used it, followed by Hinge at 25 percent, Plenty of Fish at 25 percent and Bumble at 24 percent.

The old jokes about seniors not understanding technology – such as not knowing how to set the VCR clock – are no longer apt. But who of course has a VCR anymore?

“So far as the prevalence of dating app usage among seniors goes, two things have been influential,” suggested technology analyst Charles King of Pund-IT. “First, smart phones have massively simplified connecting, using and working with online resources and services. In fact, you could argue that smart phones of every sort – not just Android or Apple devices – are the closest thing to home appliances, in terms of ease of use, features and reliability functionality, that computing technologies have ever achieved.

“The second thing is the role that social sites, like Facebook, Twitter and Instagram, have assumed in the lives of many people,” King added. “In a sense, social media has provided people new channels and methodologies for connecting with family and friends. So taking a step forward into dating apps is neither as difficult nor as unusual as it would have been a decade or more ago.”

The survey should also dispel the notion that seniors aren’t embracing technology.

“This may finally silence the notion that seniors are unconnected and technologically unsophisticated,” said King. “Certainly there are people and communities that are less connected than others but the data around online dating suggests that they are members of a rapidly dwindling minority.”

In addition to being more tech savvy, many are also increasingly single.

“While the Baby Boomer Generation gets older, many are becoming single again,” added Safko. “The reduced fear of technology and fear of meeting someone over the Internet has resulted in 29 percent of seniors having been on a date with someone they met online through a dating website. Dating sites are now catering to this older population and making it easier to join the platform and join a mate.”

The pandemic certainly played a role – as seniors used Facetime and Zoom to stay in touch with families – but other factors are also at play.

“Because of their age and often reduced lifestyle activity, seniors have a much smaller social network they can turn to for dating and mating,” explained Safko.

“This is why sites like Zoosk, Elite Singles, silver Singles, Our Time focus on seniors while the old standby dating site like Match, Christian Mingle, eHarmony, are experiencing the same huge growth in this age demographic,” Safko noted. “You might think grandma is smiling looking at the photos you sent of your little Timmy’s recent dance recital, when she’s actually pushing through the pain of her arthritis swiping left!”