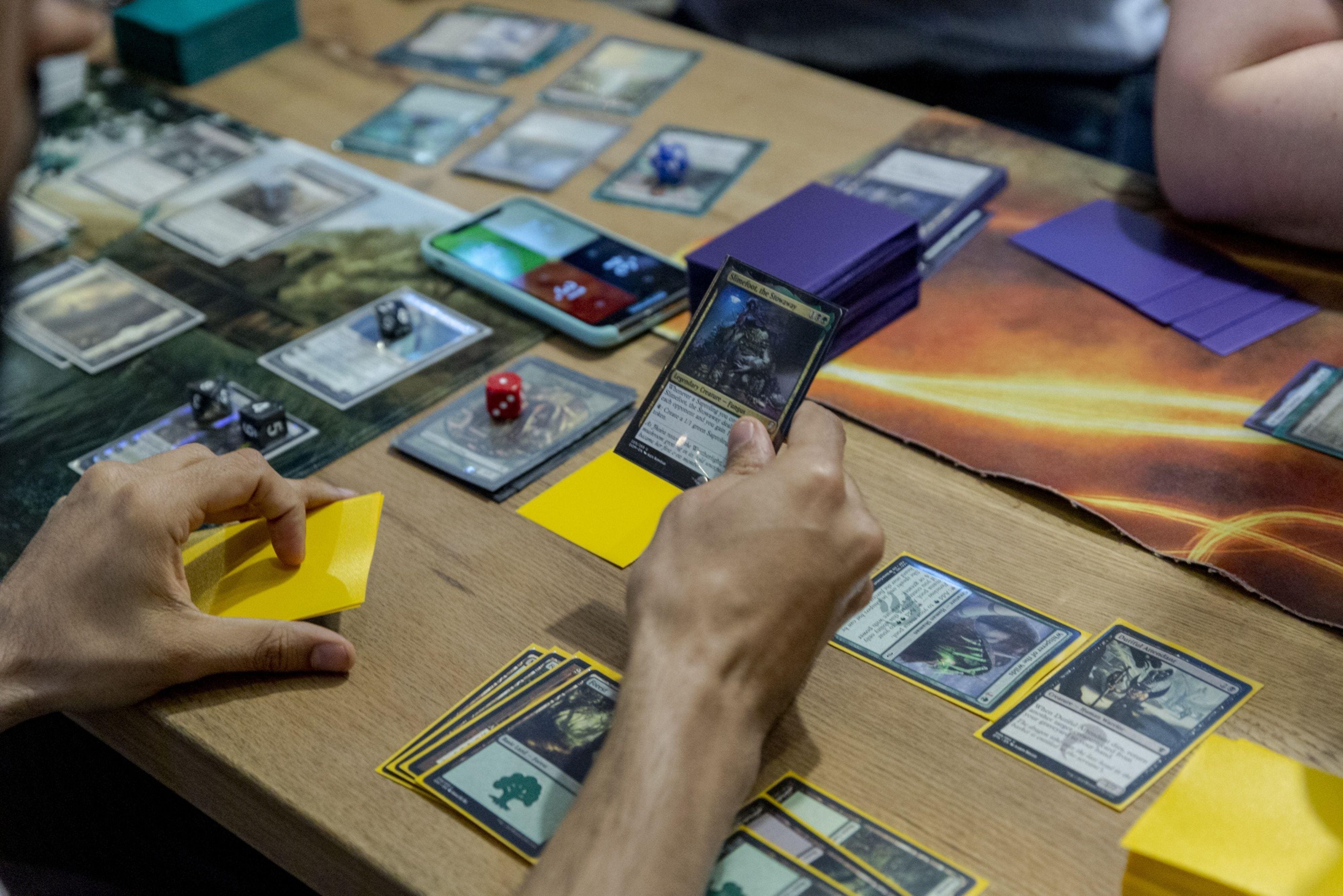 One is a freshman congresswoman from Georgia while the other is a collectible card game that was introduced nearly 30 years ago. Each has had its share of controversy. Yet Marjorie Taylor Greene has little in common with Magic: The Gathering apart from the same initials. However, that was enough to create some confusion on social media this week.

It began on Thursday when a CNN’s chief congressional correspondent Manu Raju (@mkraju) quoted Rep. Alexandria Ocasio-Cortez (D-N.Y.), tweeting, “AOC says of MTG: ‘I used to work as a bartender. These are the kinds of people that I threw out of bars all the time.'”

Rep. Ocasio-Cortez is commonly referred to as AOC and even uses @AOC for her social media posts, yet many users on those platforms may be far less familiar with Rep. Marjorie Taylor Greene (R-Georgia), who actually goes by @RepMTG.

Greene was accused on Thursday of making a “verbal assault” after the Georgia Congresswoman confronted her House of Representative colleague and said Rep. Ocasio-Cortez supported “terrorist” groups. That is when the New York Representative said her antagonist was the kind of person she had to throw out of bars.

A few users quickly jumped on the brouhaha, and @katProundmoore posted, “at first glance i thought

@sailorsctaustin added, “Some politics reporter: MTG and AOC clashed today Every single nerd I know: ????????????????? Why is Magic the Gathering fighting AOC?”

Researcher Nathan Oseroff-Spicer, who specializes in philosophy of science and epistemology, also mocked the confusion of the congresswoman and the collectible card game, “The obvious connections between the Satanic Panic and modern-day anti-trans propaganda couldn’t be made any clearer when Quillette publishes an article blaming anime and Magic: The Gathering for making people trans.”

Other uses on social media found humor as well:

There was enough reaction on social media that even Rep. Ocasio-Cortez joined in and tweeted, “(And no this is not intended for magic the gathering players, you’re cool w/ me)”

@AOC’s tweet was liked more than 61,000 times and was quoted more than 800 times. The misunderstanding over MTG wasn’t limited to Twitter. Discussions picked up steam on Reddit, where some noted that in addition to Marjorie Taylor Green and Magic: The Gathering, MTG is routinely used a shorthand way to call for a “meeting.”

All of this highlights the confusion that is increasingly common on social media these days when discussing certain topics.

“Such are the hazards of social media and Internet memes – even shorthand can lead to unintentional mistakes,” said futurist and brand strategist Scott Steinberg.

“At surface value, the pair have little in common: One plays a mean game of blasting opponents with curses and confounding them with mystical thinking (the congresswoman), and the other is a beloved fantasy card game of skill and strategy,” Steinberg quipped. “But on the wild world of social networks, where anything can and often does go, it’s easy to see how things can take an unexpected turn and lead to confusion.”