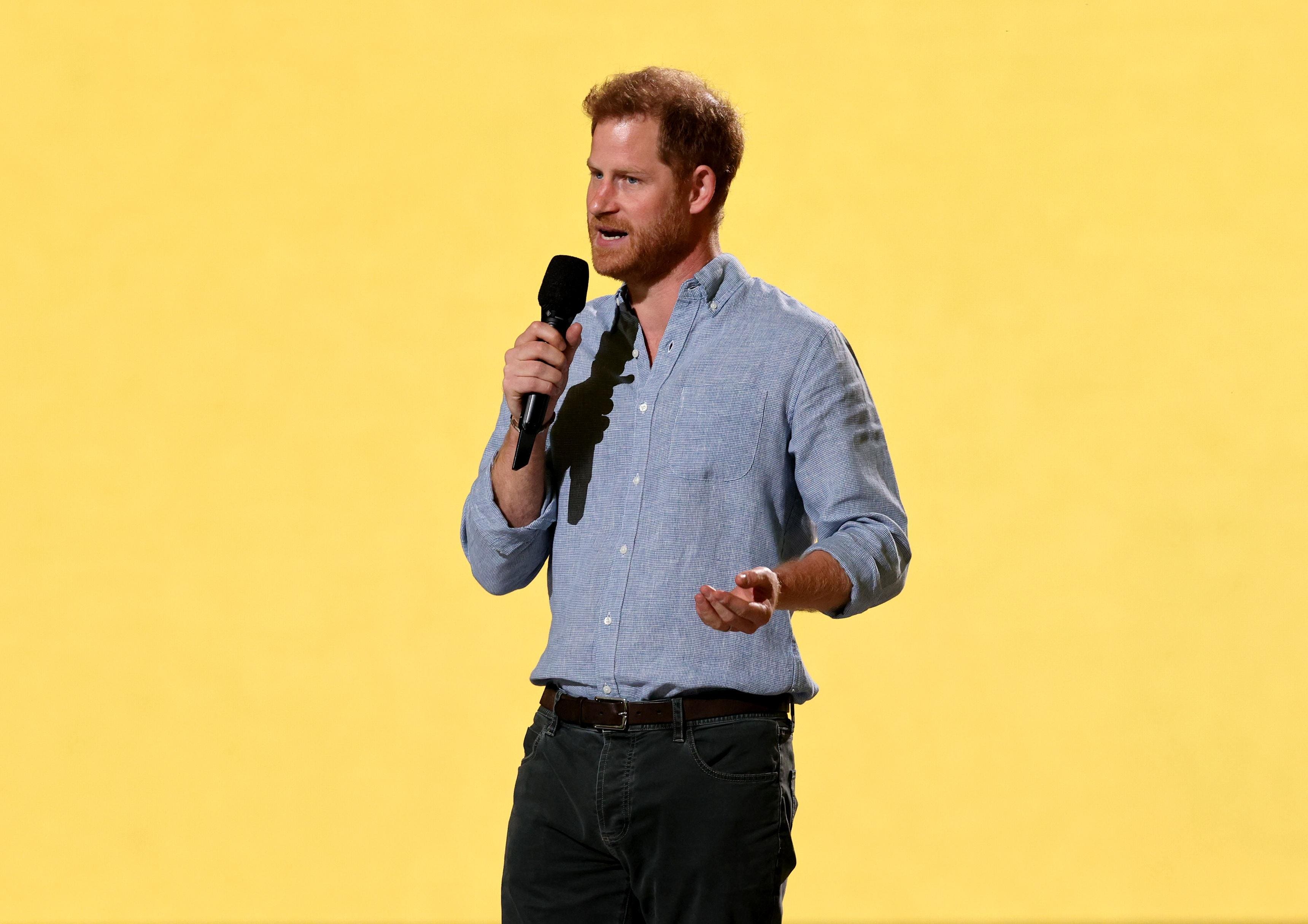 Life in the spotlight can be difficult for many people, especially for those not born into it and didn’t actively seek it out. Such is the case for Prince Harry, the Duke of Sussex, who this week compared royal life to “The Truman Show” or being an animal in a zoo.

Despite the fact that he moved not to some remote corner of the world, but rather Los Angeles, the 36-year-old member of the Royal Family said in a recent interview, “I can actually lift my head, you can walk around feeling a little bit more free.”

Prince Harry made those comments on Dax Shepard’s “Armchair Expert” podcast, while promoting his upcoming Apple TV+ mental health series with Oprah Winfrey, The Me You Can’t See, which premieres next Friday, May 21. The Duke of Sussex also promoted his upcoming deal with Spotify.

Harry’s candid interview with Shepard was met by a mixture of support as well some strong criticism on social media. By Thursday afternoon, “Prince Harry” was trending on Twitter with nearly 20,000 tweets about the Duke of Sussex and wife Meghan Markle.

Shepard (@daxshepard) was among those who praised Harry, writing, “Prince Harry. My Man flew an Apache in Afghanistan; one of a dozen surprises that left me respecting this intellectual, thoughtful human being. And watching @mlpadman react to him was once in a life time”

Others expressed their feeling that his has always been a difficult life.

“The beauty of a podcast is that you can hear the way it was said. Did you listen or did you read the media summaries. Side note: It is possible to love Prince Harry with the same heart that you love the Royal Family with,” noted TV presenter Alex Beresford (@alexberesfordTV).

However, many on social media took aim at the Duke of Sussex’s calls for wanting privacy while so publicly sharing details of his private life and even for promoting his multiple media ventures.

“For a guy who craves privacy, Prince Harry sure is yapping a lot about his private life…,” wrote British media interviewer Piers Morgan (@piersmorgan)

The sentiment was shared by The Rumble Online (@theRumble9), a daily news site that reports on the royals, “Prince Harry really is digging his own grave, isn’t he? #theroyalfamily”

“If he carries in like this, Harry’s going to run out of material. And I’m not sure he’s worked out that once his ‘friends’ have mined him for all the material they can, he’ll lose his lustre,” wrote British TV presenter Colin Brazier (@colinbrazierGBN).

Documentary filmmaker Joel Gilbert (@JoelSGilbert) was even more direct, “Is there any way we could give Prince Harry back to the British? What if we offered to throw in Meghan Markle as a bonus? The Brits could look forward to getting lectured on mental health, their feelings, higher values, of course race every day.”

Richard Fitzwilliams (@Rfitzwilliams) also called out the Duke and Duchess of Sussex as being somewhat phony, “Prince Harry swearing to ‘pretend he’s one of the lads’ is unnecessary as 6th in line to throne, blasts royal expert. Too much swearing, too simplistic (just listen to Meghan’s definition of a princess) & a public interview used for therapy. Really sad.”

However, it does need to be noted that Harry and Meghan have tried to transition to become social media influencers, but that doesn’t mean they should lose all of their privacy.

“Entertainers and other celebrities seem to think it is possible to both have a public and private life,” explained technology analyst Rob Enderle of the Enderle Group.

“The most successful at being private generally find they have to step away from public activities,” said Enderle. “This is because you are trying to control when people are interested in you while decoupling the things that are causing that interest. So, I believe, if you truly want privacy, the only sure way to get it is to give up public life because you can’t reduce the interest in your private life as long as you are driving interest in it through your public activities. The best way to assure privacy is to have a life out of the public eye.”