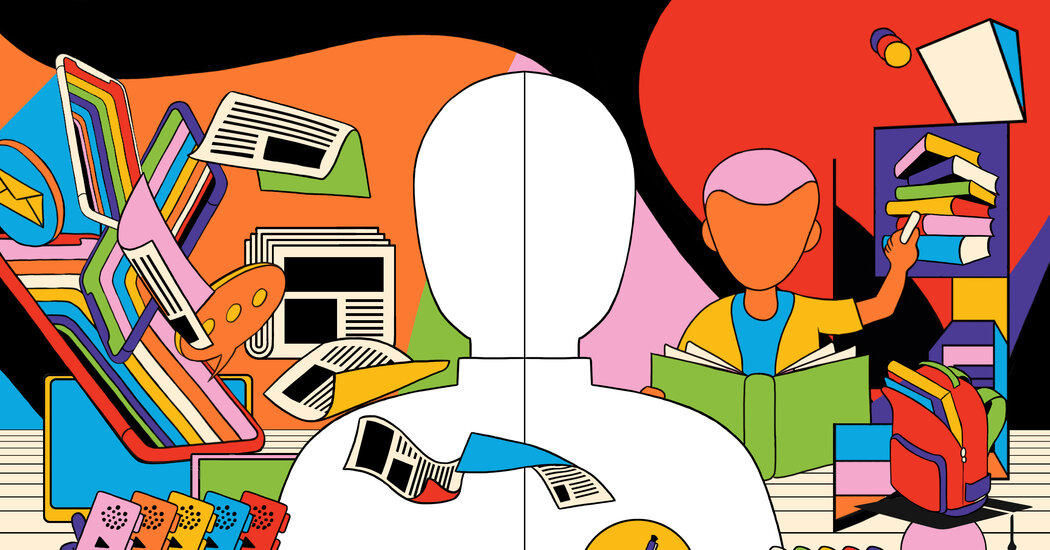 In 2017, after spending more than 13 years covering Iraq and China for The New York Times, Edward Wong returned to the United States and began teaching international reporting at Princeton University.

When he wasn’t filing articles about foreign policy and overseas events as a Times correspondent, he was trying to impart lessons from his experiences inside a war zone and the world’s largest authoritarian state. He also discovered that the students weren’t the only ones learning.

“Teaching the basics of journalism reminds me of what matters most in reporting and writing,” Mr. Wong said. “How to find compelling stories and tell them with truth and accuracy, how to ask the important questions, how to keep in mind a moral vision for our work.”

Across The Times, many journalists have divided their hours between the newsroom and the classroom, juggling deadlines with second jobs as professors, even during the pandemic. But the extra work is rewarding, they say.

“Both are professions of passion,” said Lara Jakes, a diplomatic correspondent based in Washington, who teaches a national security and foreign policy reporting course at Georgetown University. “We do them because we care about making an impact.”

Staff members teach more than reporting. Ari Isaacman Bevacqua has balanced media relations for The Times while teaching a course on audience development at George Washington University’s School of Media and Public Affairs. Marc Lacey, an assistant managing editor who oversees The Times’s live coverage of the news, recently led a virtual class about newsroom management at the University of California, Berkeley.

Teaching gives Times employees a chance to instill the tenets of journalism in the next generation, and it enables journalists to keep in touch with younger viewpoints and newer topics.

“The questions that I get from college students keep me on my toes as an editor,” Mr. Lacey said. “They ask ‘why’ a lot, and force me to explain my decision-making. They’re a great focus group for the challenging journalism calls we have to make every day.”

Journalists also get a chance to teach courses that delve more deeply into their fields of expertise.

Michael Kimmelman, an architecture critic and the founder of The Times’s Headway initiative, which examines global and national challenges, teaches “Cities and Climate Change” at the Columbia University Graduate School of Architecture, Planning and Preservation. Peter Applebome, a longtime editor and correspondent on the National desk, teaches “American Voices: Reporting From a Divided Country” at Duke University’s Sanford School of Public Policy.

Until classes went remote in the spring, Mr. Applebome flew weekly to Durham, N.C., to be with his students. But he still relied on video calls to include colleagues from Times bureaus across the country: “I taught by Zoom, with colleagues as guest speakers, before Zoom was Zoom,” he said.

Journalism and teaching are “a natural fit,” he added. “Journalists are always asking questions and trying to make sense of the world and communicate what they find to others. So do teachers.”

Samuel Freedman, who has taught at the Columbia University School of Journalism for three decades and has published nine books, wrote The Times’s “On Religion” column before his retirement in 2016. Teaching, he said, requires the reporter to codify their practices.

“Doing journalism can be situational to a fault,” he said. “But when you’re teaching nascent journalists, it behooves you to develop and almost formalize your own sense of ethics.”

Mr. Freedman, who teaches a seminar on book writing, seeks to build a community of journalists committed to reporting rigorously and writing with integrity and intentionality. Students have gone on to publish nearly 80 books originating in his classroom.

I took his course in 2015, and he guided us on, among other things, finding “color,” the details in a story that pull the reader into the moment. I carried his lessons with me when I began working as a freelance reporter for The Times a few months later.

Walt Bogdanich, a Times investigative reporter who has won three Pulitzer Prizes, teaches an investigative reporting course at Columbia University and reminds his students that journalism is “the opportunity to leave your mark on your neighborhood, your state, your nation and maybe even the world.”

Mr. Wong, who has worked in places without a free press, has the same mind-set and said that teaching involved encouraging students to “roll up their sleeves” and produce stories that make a difference.

“I want to give them an abiding appreciation of the role of journalism in the civic discourse of a democracy, and to see it as a viable vocation if they’re passionate about it,” he said. “It’s a calling.”

Pulling at a Reflection

What is HTTPS? A Guide to Secure On-Site Experience for Marketers via @sejournal, @kristileilani