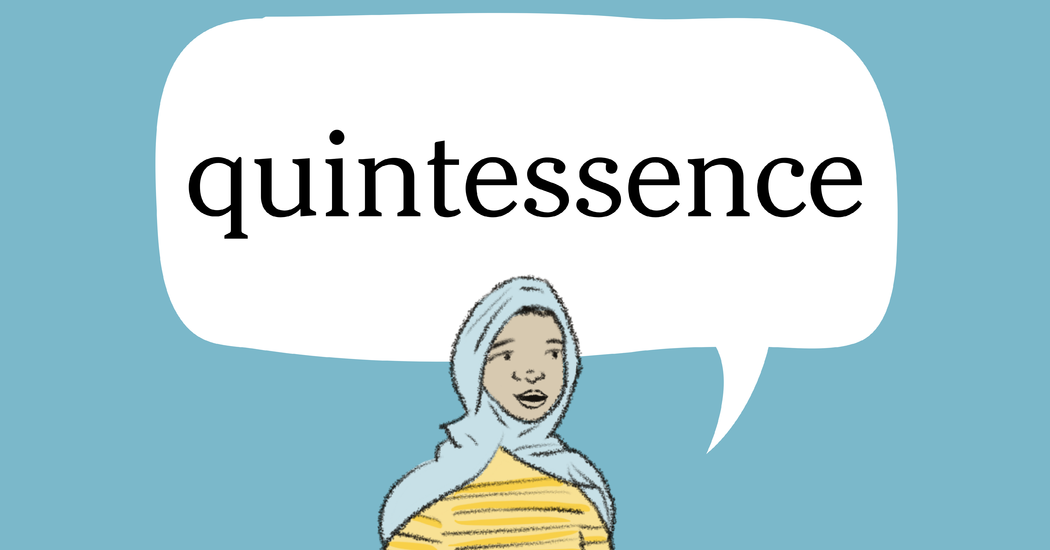 1. the most typical example or representative of a type

2. the purest and most concentrated essence of something

3. (in ancient philosophy) the fifth and highest element after air and earth and fire and water; was believed to be the substance composing all heavenly bodies

The word quintessence has appeared in 10 articles on NYTimes.com in the past year, including on May 5 in “France Battles Over Whether to Cancel or Celebrate Napoleon” by Roger Cohen:

By paying his respects to Napoleon, Mr. Macron will please a restive French right dreaming of lost glory and of a moment when, under its turbulent emperor, France stood at the center of the world. The French obsession with the romantic epic of Napoleon’s rise and fall is undying, as countless magazine covers and talk shows have underscored in recent weeks.

This general by his 20s, this “Robespierre on horseback” bearing the anticlerical message of the 1789 revolution across Europe, this mastermind of the battles of Marengo and Austerlitz, represents a quintessence of French audacity and genius to a France that must now satisfy itself with being a medium-sized power.

Can you correctly use the word quintessence in a sentence?

If you want a better idea of how quintessence can be used in a sentence, read these usage examples on Vocabulary.com.