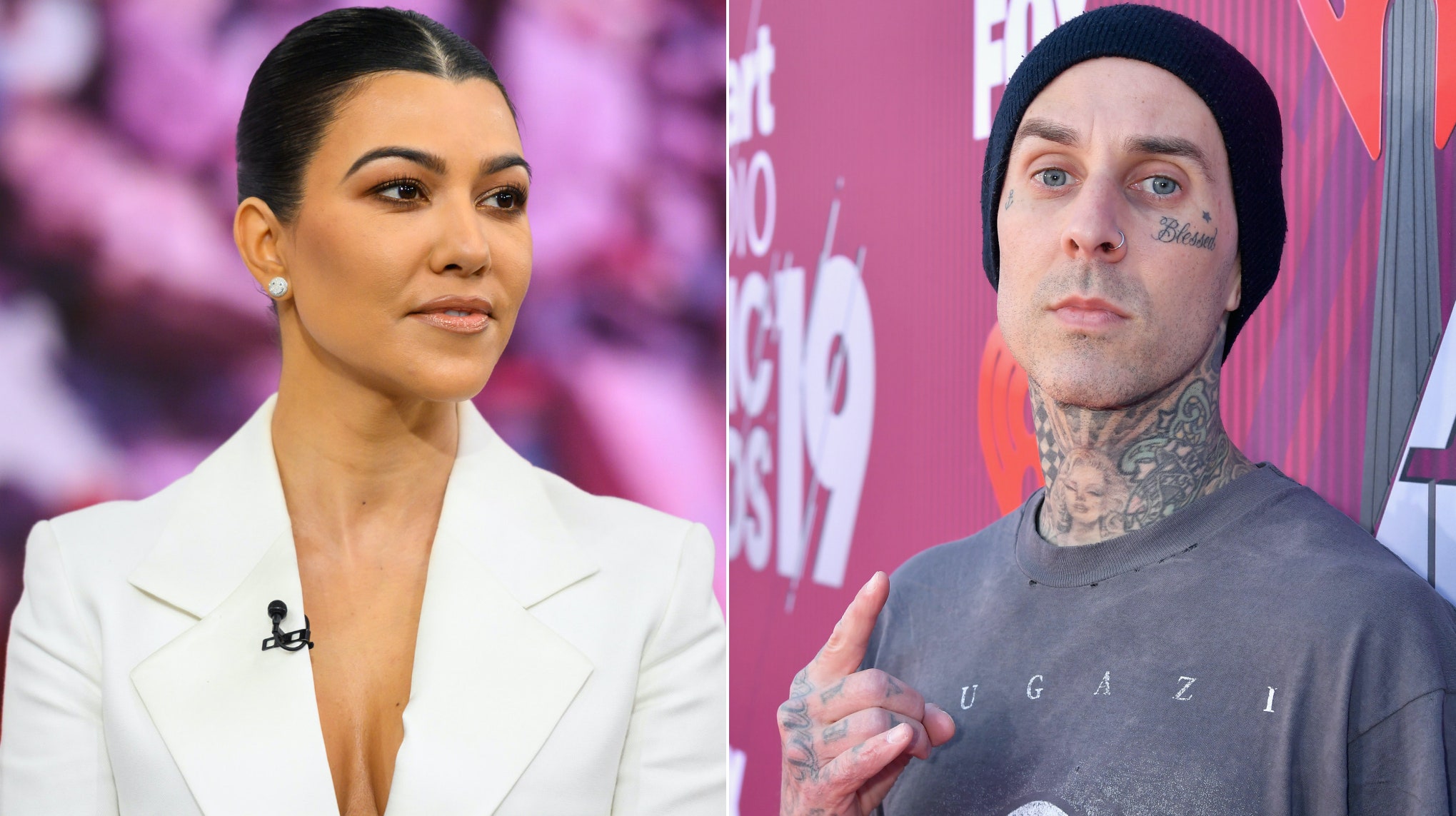 Couple tattoos can be a cute way to show love for your partner… or end up becoming your biggest regret. Despite the risk, plenty of celebrities use their bodies as a medium to declare their affection (and maybe get a little attention online, too).  Cardi B tattooed husband Offset’s name on her thigh and Beyonce and Jay Z both got “IV” tattoos on their ring fingers instead of wedding bands. Of course, nothing is forever (and love is no exception, word to Andre 3000) and sometimes stars wind up going right back to the shop to cover up their ink when their S.O. becomes their ex. But recently Instagram-official couple Kourtney Kardashian and Travis Barker are living in the moment, baby, and are happy to take the time-honored tradition a step further, with Kardashian picking up the tattoo gun to ink Barker herself.

The socialite posted an Instagram carousel of the moment with the caption, “I tattoo.” The first image pictures the couple seated at a table as Kardashian takes a tattoo pen to Barker’s right forearm. As you scroll through the post, there are more photos plus a short video of the entire process.

The last slide shows the finished product — a simple “i love you” written in a minimalist cursive font. Kardashian tattooed the phrase in lower case letters over an existing tattoo on Barker’s arm. He praised his girlfriend’s work in the comments, writing “Woman of many talents.” Fans and friends definitely agreed with Barker’s assessment, jokingly asking when the new artist was opening up her books. He also reposted his girlfriend’s carousel and the photo of the final tattoo on his Instagram stories.

This isn’t Barker’s first time getting ink in dedication to his boo. In early April, he was seen with “Kourtney” tatted in a swirly script font, right above his left nipple. And that’s not the only one. There was even speculation that the “You’re So Cool” tattoo he gave himself in March was in Kardashian’s handwriting. That’s definitely some commitment.

The couple publicly announced their relationship on Instagram in February when Kardashian shared a photo of their hands with no caption. Since then, fans have been eagerly following the new romance, and this tattoo is just one more thing for their relationship stans to obsess over.

Is it a Cowlick? Or Am I Going Bald?

The Best Hair and Makeup Moments From London Fashion Week