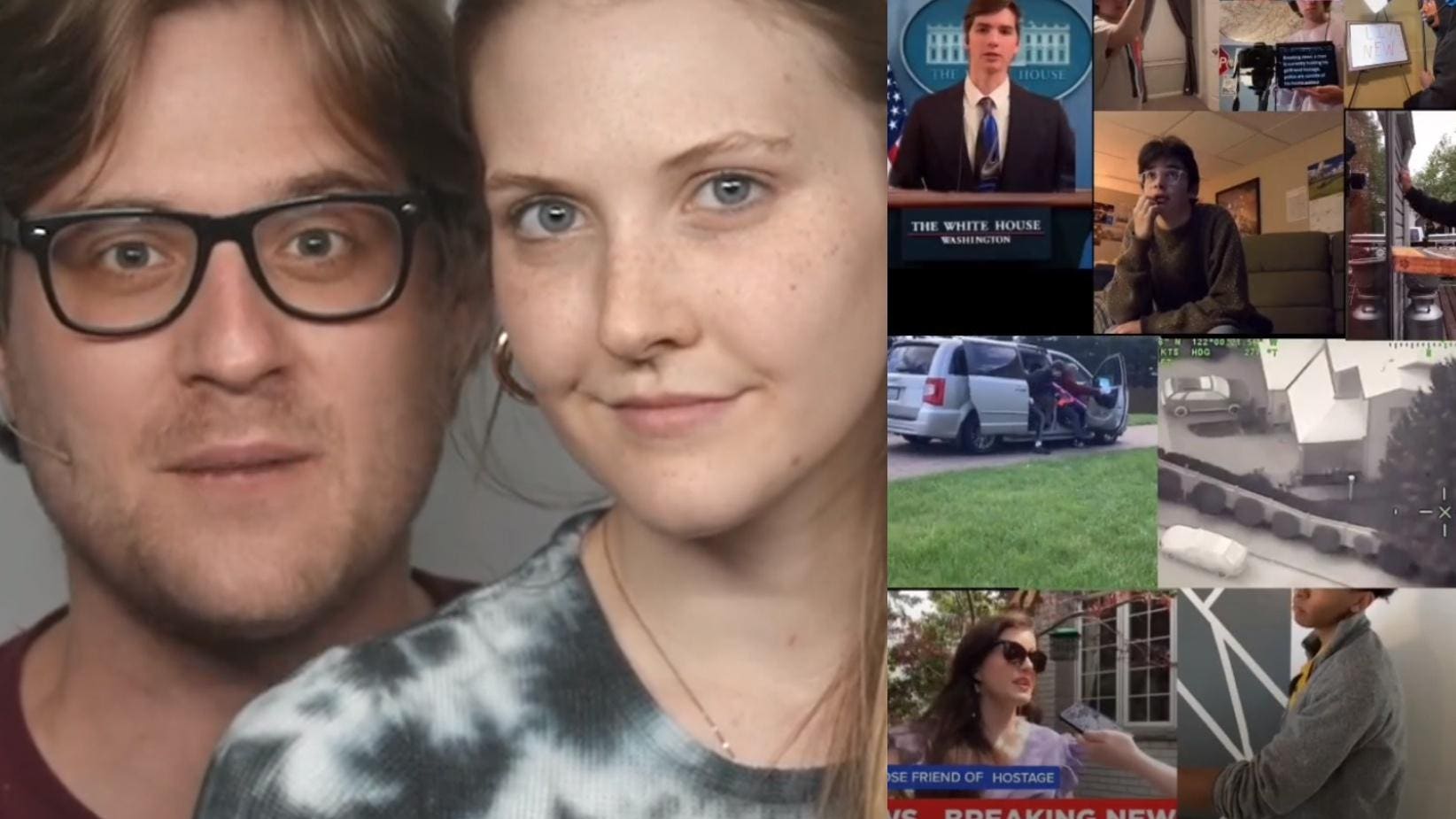 TikTok’s greatest feature might be its community of creative funny people. No other social platform allows anyone to take someone else’s video and use it to create their own unique story quite like TikTok. As we saw last year with the Ratatouille Musical , people love making funny videos in an internet collective hivemind, where the funniest and most creative ideas can spur a whole new trend from what the original video intended.

Marcus DiPaola is a journalist who covers trending headlines in a TV reporter style to his 2.5M followers on TikTok. On May 4th, 2021, Star Wars Day, Marcus posted a new TikTok introducing his girlfriend to his large audience. It’s a pretty normal video, but TikTok has a mind of its own.

Marcus, who is known on TikTok for his beaming eyes said, “Today is also my birthday. And because it’s my birthday, I get to introduce you to my girlfriend. Who is amazing!” Brittany seemed a little nervous. One top commenter on this original video thought that Brittany looked so scared, almost if she was being held hostage. This comment spurred a new duet trend where people added their own contributions that made it seem like there actually was a hostage situation in Marcus’s room. Building real-time lore in a community format, where the funniest and weirdest videos win out, is exciting to contribute to as well as consume.

The first video to really succeed with the idea of a hostage situation was when a dueter took a Nerf gun and pointed it at Brittany’s head.

This video was the beginning of something even bigger than just that one duet. It quickly begun to move to more random but funnier duet contributions such as adding limbs that are not shown in frame.

The trend has spurred into multiple time lines, but each revolves around the same idea that there is a hostage situation and that Brittany is in trouble. From SWAT teams to people watching other’s TikToks on their TVs pretending what they were watching was real, it quickly spiraled into having as much lore and off-shoots as a Star Wars itself.