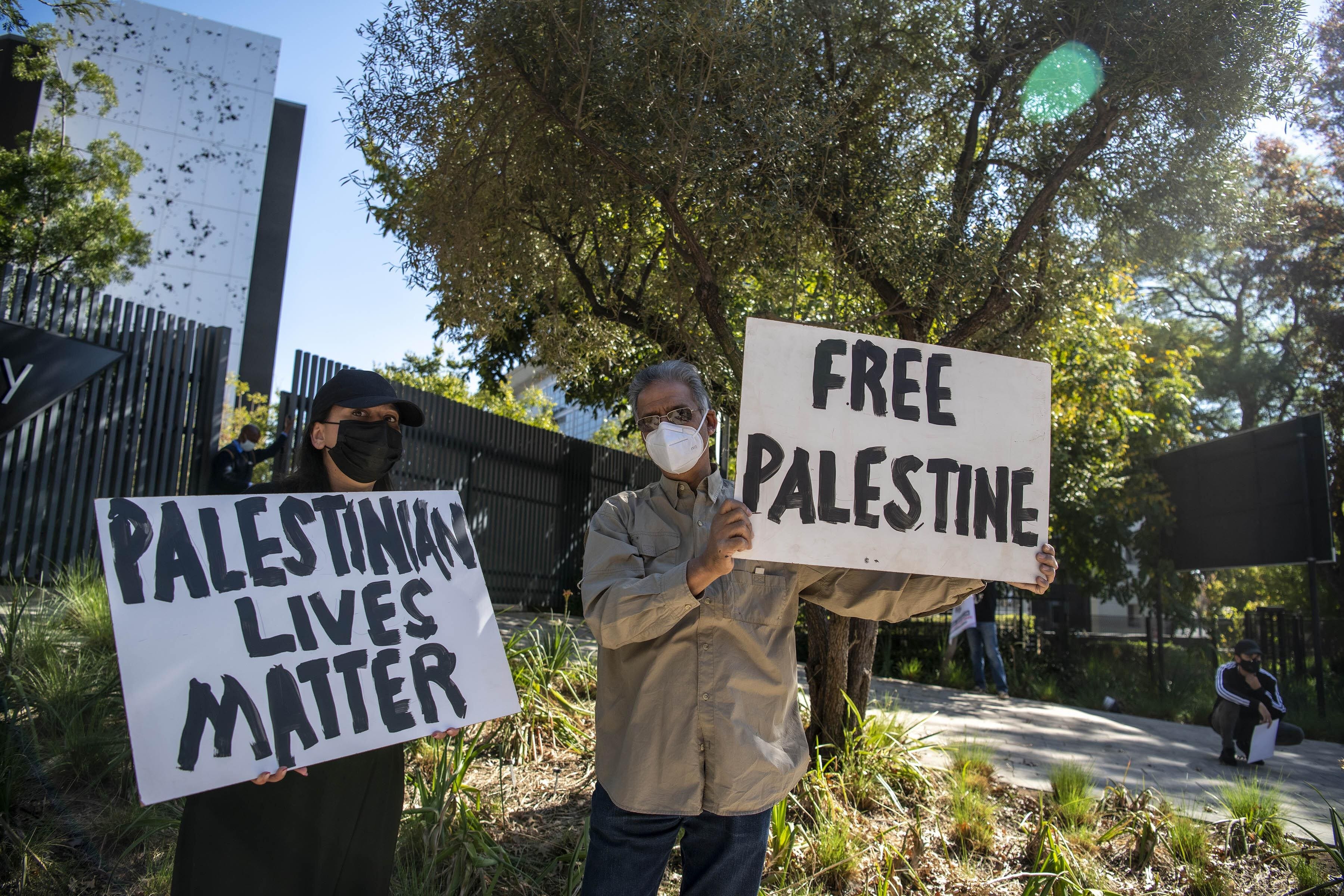 The hashtag #PalestinianLivesMatter isn’t new, but it began to trend again on Tuesday following violent Israeli-Palestinian clashes this week. It began after the latest land dispute in East Jerusalem and quickly escalated as Palestinian militants fired rockets from Gaza while Israel responded with airstrikes.

While this cycle of violence isn’t new to the region, what could be different this time is how social media is now increasingly being used to spread the message. By Tuesday afternoon, the hashtag #PalestinianLivesMatter was trending again on Twitter with nearly a quarter of million new tweets alongside #FreePalestine and #BoycottIsrael.

#PalestinianLivesMatter also has some 71,000 posts on Instagram, and there are now multiple “Palestinian Lives Matter” groups on Facebook.

Social media is just the latest method to spread a message. But unlike flyers, newspapers or even the now defunct All for Peace radio station, social media could reach the masses even beyond those in Gaza or the West Bank.

“Most Palestinians don’t even have access to social media in Gaza, but it is already more powerful than other media,” explained Dr. Howard Stoffer, associate professor in the National Security Department at the University of New Haven.

“If you have a cell phone you can reach hundreds of thousands, and not just in the immediate region,” added Stoffer. “Social media allows those in Israel to reach an audience in Europe, Canada and the United States.”

However, pro-Israeli voices are also being amplified on many of the same platforms.

“One of the most consistent points about social media is how platforms, like Facebook and Twitter act as megaphones for amplifying users’ positions and opinions,” said technology analyst Charles King of Pund-IT.

“Comments are often meant or designed to enrage others but even inoffensive posts about conflicts or controversial events will inevitably anger those who disagree,” King added.

The question is whether #PalestinianLivesMatter could result in a true movement or could even bring supporters together. Right now it seems to be gaining momentum.

“There are numerous instances of people trying to emulate or hijack popular slogans,” explained King. “Attempts to promote ‘All Lives Matter’ over ‘Black Lives Matter’ is a good example of one that largely failed to gain wide traction. It’s too early to tell whether ‘Palestinian Lives Matter’ will have a similar or different outcome.”

Yet, if the movement does gain traction it could be enough to draw the attention of other leaders.

“If there is a strong enough reaction, the Biden administration could ask hard questions of the Israeli government,” said Stoffer.

Social media has also been noted for how it can not only share news and information, but also misinformation and disinformation. Images that are shared, as well as videos, can often lack context – while it is easy to use the platforms as a megaphone for one side of the story.

“Social media can play that role in Israel, as both sides are organized enough, and it is clear that the Israeli government can’t really block it,” said Stoffer. “It gives powers to individuals or groups to take on the government with a fight of ideas. But the Israelis do the same thing, and we’ve already seen #JewishLivesMatter.”

What makes it dangerous now is that social media can far more easily stir up or otherwise agitate the masses globally rather than to serve as a calming influence. This is also true even when misinformation is broadcast on the platforms.

“While both Twitter and Facebook are acting to rein-in abusive and untruthful posts, those efforts often resemble rhetorical Whack-a-Mole,” said King. “Bottom line: Jonathan Swift’s quip: ‘Falsehood flies, and the truth comes limping after it’ is truer today than ever before.”