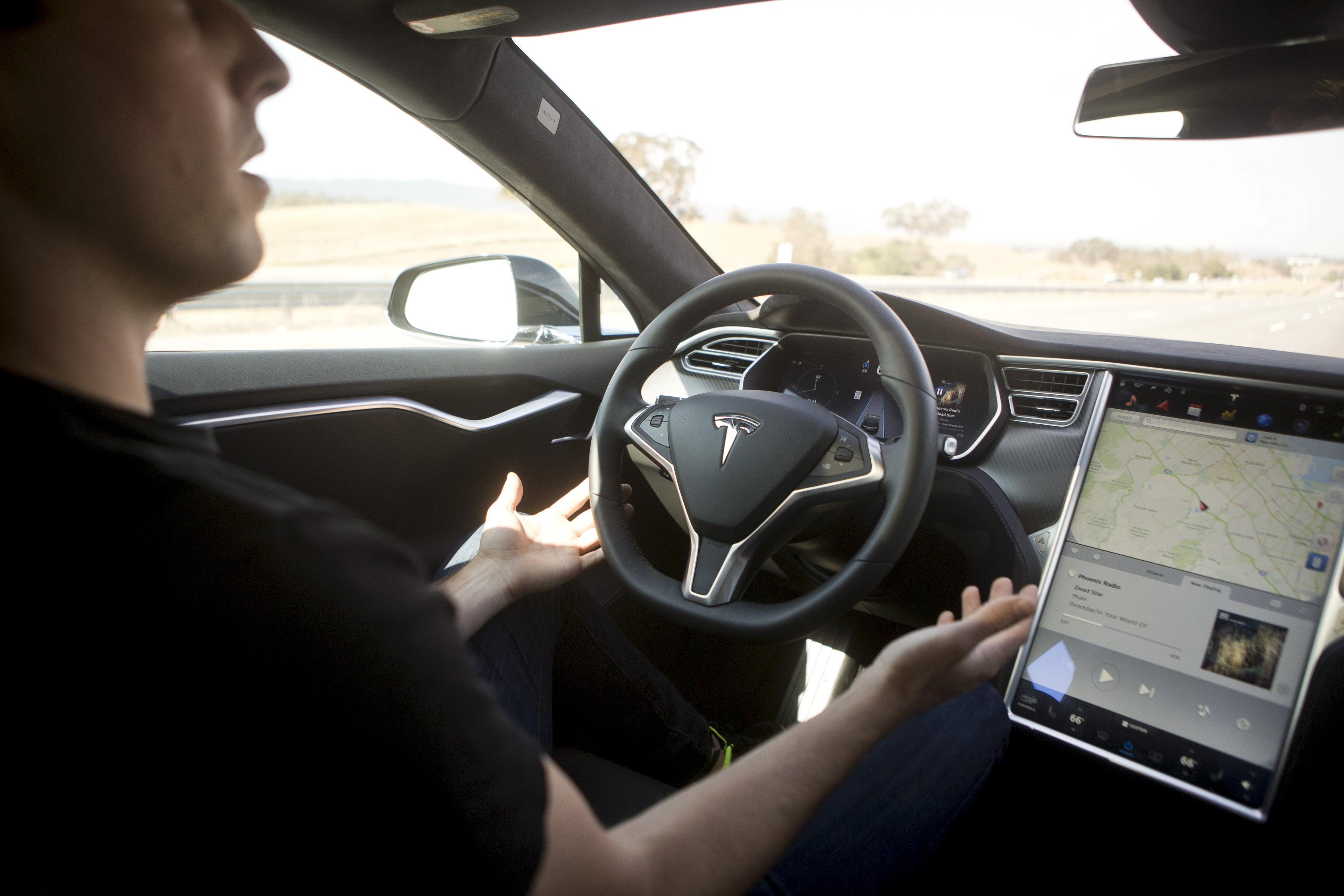 The National Transportation Safety Board (NTSB) has released its preliminary report on the fatal Tesla Model S crash that killed two men in Texas last month. The agency says security camera footage from the home of the owner of the vehicle shows them entering the driver’s side door, while their companion got in from the front passenger door.

After traveling approximately 550 feet, the Model S left the road on a curve, and then went on to hit a drainage culvert, raised manhole and eventually a tree. The impact damaged the car’s lithium-ion battery, which started the fire that killed both men. When police first started investigating the crash, they told reporters they were “100 percent certain that no one was in the driver seat driving that vehicle at the time of impact.”

Since news of the crash first came out, there’s been a lot of speculation over whether the owner of the Model S was (mis)using Autopilot. Using a test vehicle, the NTSB says it was able to turn on Traffic-Aware Cruise Control but not Autosteer along the stretch of road where the accident occured. The latter is the feature that allows a Tesla vehicle to change lanes on its own with input from the driver. However, both need to be available to use Autopilot. Following the crash, Tesla CEO Elon Musk tweeted data logs recovered by the company “so far show Autopilot was not enabled & this car did not purchase [Full Self-Driving].”

What the investigation determines from here is hard to say. According to the NTSB, the fire that reduced the Model S to a charred skeleton destroyed the onboard storage device located in the car’s infotainment console. It also damaged the restraint control module. That component stores data related to the car’s speed, acceleration, as well as seat belt and airbag status.

How To Fix Windows 10 Camera Not Working