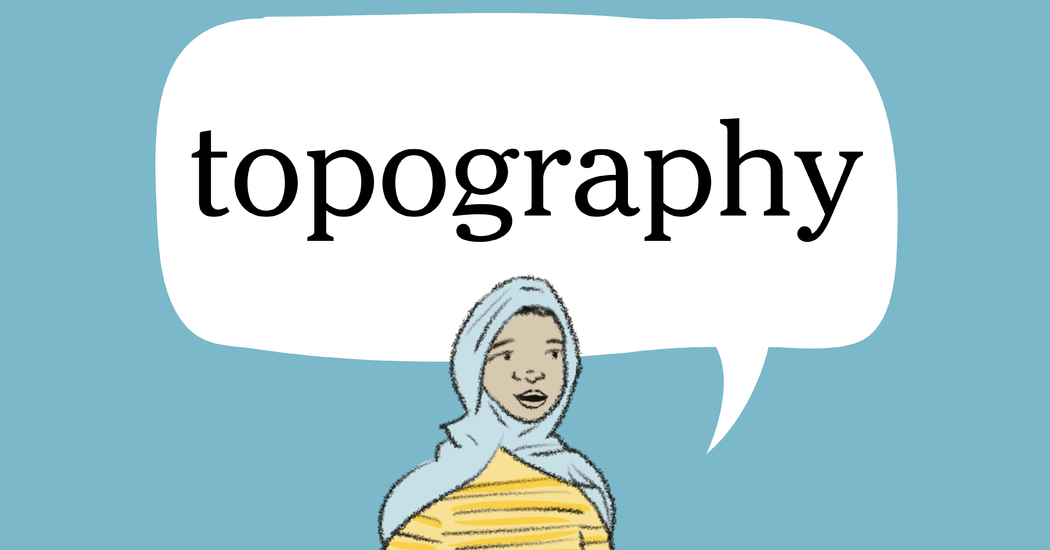 1. the configuration of a surface and the relations among its man-made and natural features

2. precise detailed study of the surface features of a region

The word topography has appeared in 74 articles on NYTimes.com in the past year, including on April 9 in “Where Boars Hog the Streets” by Patrick Kingsley:

The growing presence of the boars has sparked a rumpus in local discourse. For some, the boars are a menace, and the Council is to blame for their continued presence. For others, they are a charming addition to an already unusual place.

Israel’s third-largest city, with a population of nearly 300,000, Haifa has an eccentric topography. Built on the side of Mount Carmel, the city in Israel’s north is divided between districts that line a flat waterfront and neighborhoods that straddle a rugged mountaintop. Ravines, or “wadis,” run through the city, creating a rare blend of urban and natural (albeit one often pockmarked by industrial waste).

Can you correctly use the word topography in a sentence?

If you want a better idea of how topography can be used in a sentence, read these usage examples on Vocabulary.com.