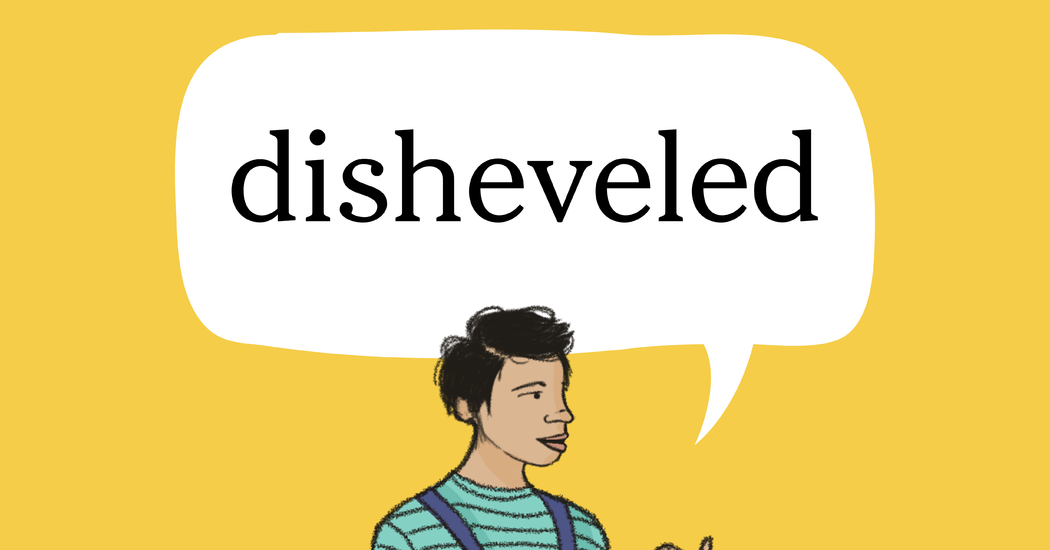 The word disheveled has appeared in 75 articles on NYTimes.com in the past year, including on Oct. 30 in “The Lessons of the Pirate League” by Rory Smith:

At first glance, the three men sitting around a table in the Embajadores restaurant in downtown Bogotá made unlikely companions. True, they were all roughly the same age, in their mid- to late-20s. And, as they traded tales of adventure, their accents would have given away that all three were Argentines, a long way from home.

But that is where the similarities ended. One member of the party was tall, blond and always immaculately dressed. Alfredo Di Stéfano was arguably the most famous athlete in South America; he would go on to become the most celebrated player of his generation. It was a status he took seriously.

His guests, on the other hand, must have bordered on the disheveled. Ernesto and Alberto were both doctors, but they had been traveling for months, tracing the spine of South America on a pair of dusty, beaten-up motorbikes, living out of their saddlebags, often sleeping under the stars. Their faces were bearded and their clothes worn.

Can you correctly use the word disheveled in a sentence?

If you want a better idea of how disheveled can be used in a sentence, read these usage examples on Vocabulary.com.

Agile Principles For The eLearning Industry